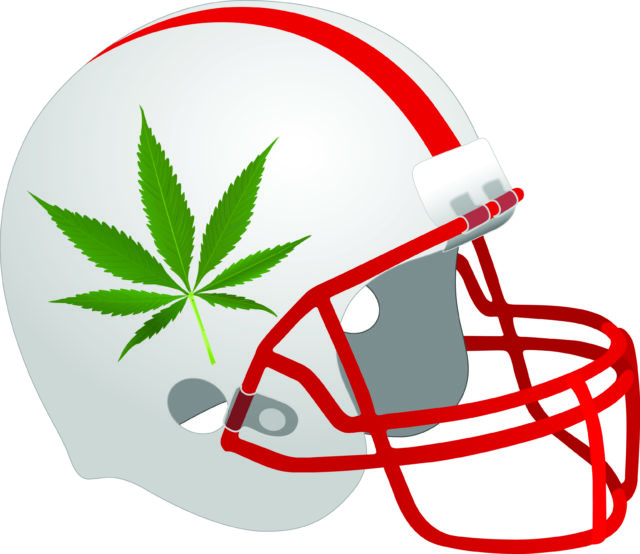 Super Bowl 53 is upon us. Personally, I think football is problematic and over-glorified, so I don’t even pretend to pay attention anymore. I mean, not to brag, but I literally just had to Google “which teams are playing?” immediately followed by “how old is Tom Brady?” I basically see it as the male version of Keeping up with the Kardashians but with more drama and domestic abuse.

But if there’s anything the Super Bowl is good for, it’s getting lit and binge-eating seven-layer bean dip on a random Sunday in February. Really, it’s less of a game and just like three hours of watching ad agencies trying their hardest to attach meaning and creativity to mass consumption: the ultimate American Tradition™.

The sport has never been hailed for its progressiveness, so it’s no surprise that CBS rejected to air a commercial that advocates for legalizing medical cannabis. Acreage Holdings, a cannabis company with operations in 15 states, had hoped to run the television advertisement during coverage of the NFL championship game this Sunday, Feb. 3. However, the network nixed the proposed spot after seeing a rough outline, according to the company.

George Allen, the president of Acreage Holdings, told Bloomberg that the commercial is an attempt to “create an advocacy campaign for constituents who are being lost in the dialogue.” Airing the commercial during the game would have been a good way to accomplish that mission. “It’s hard to compete with the amount of attention something gets when it airs during the Super Bowl,” he said.

With more than 100 million viewers, it is the most-watched television event of the year. How much does CBS charge for that kind of attention? About $5 million for 30 seconds of airtime. Acreage had already produced the ad and was prepared to pay the money to run it.

Maroon 5 is headlining, which should be good but not as good as Rihanna and Cardi B, who rejected invitations from the NFL to show solidarity with Colin Kaepernick. Kylie Jenner’s boyfriend, rapper Travis Scott, will also be performing, for unknown reasons.