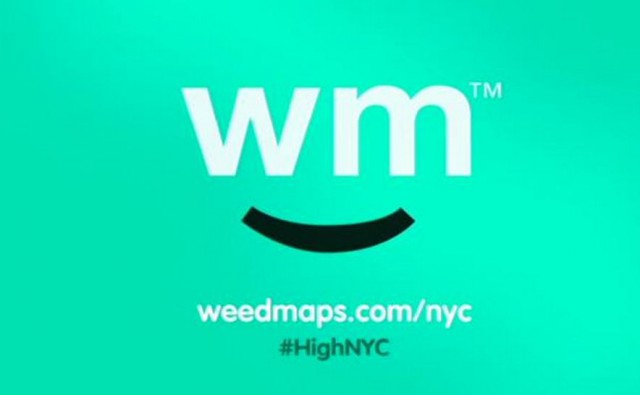 More good news about the end of cannabis prohibition. A new PEW poll indicates that 75 percent of voters say legalization is a foregone conclusion. Oregon Congressman Earl Blumenauer, who along with Rep. Jared Polis has been pushing legislation for cannabis businesses the last couple of years, is quoted as saying legalization is “game over in five years.” Attorney General Eric Holder recently indicated a willingness to open a discussion with Congress about removing cannabis from its Schedule One designation, and a study of criminal statistics shows that crime didn’t go up, and in some cases, went down in Colorado in the first three months of legalization.

The first week in April was also when Weedmaps was planning to inaugurate a campaign in New York to help bring attention to the legalization movement in that state as well as its own website by running a 10-second advertisement that would rotate on the CBS Super Screen in Times Square. The featured link brought you to a page with information about the legalization effort alongside the best places to get baked in the Apple.

In the cannabis world, Weedmaps is a leading online community with loads of content and information about dispensaries and cannabis strains. Its handy mobile app, designed as a directory for medical (and now recreational) shoppers, uses GPS technology, maps, menus and lists to help shoppers find the best bargains and closest outlets. It’s a great tool that’s often called the Yelp of cannabis.

Weedmaps allows businesses to post information and videos about their shops — location, hours, inventory, deals and prices — as well as letting consumers post their own reviews and comments, which has created a vibrant online community. CEO Justin Hartfield sits on the board of the National Organization for Marijuana Legalization and puts his money where his mouth is, in the case of this ad, $50,000.

And on April 1, the morning the advertisement was to appear, it didn’t. “We’re still trying to figure it out,” Hartfield told me later that same week.

Neutron Media, which sells ads for the billboard, approached NORML to run an ad. NORML is a non-profit and couldn’t afford it. “I thought it was a good opportunity for Weedmaps,” Hartfield said. “We thought we had clearance so we can run ads, especially with medical marijuana hopefully coming next year and retail in 2016.”

CBS approved the spot in late January, Hartfield said. “Even Tuesday morning [April 1] we thought we were approved. On Wednesday we got an email at 9 a.m. Pacific time, telling us that it was pending review by CBS’ lawyers. It’s been pending review ever since, apparently.”

Hartsfield got his medical card in 2007. He started using dispensaries, and went to Amsterdam and studied its coffee shops before launching Weedmaps with Keith Hoerling in July 2008. “I knew that L.A. would look like Amsterdam sooner or later.”

For the first six months, Weedmaps was just a directory. “It quickly kinda took off. People gravitated toward it,” Hartfield said. “It wasn’t Yelp-style yet. I couldn’t figure out the program for the map, so we got some help. The biggest thing was allowing dispensaries to put their pricing and strains in a way that’s searchable.”

“It was an expensive trial,” Hartfield admits.

How CBS could get its pants all twisted up over a ten-second cannabis ad that never even mentions the word shows how much, for all the support it’s getting from the general populace, cannabis is still stigmatized on Madison Avenue and somewhat of a pariah in the world of corporate advertising. That will change. But the most fascinating thing about the rejection is that, in today’s online world, something like this can wind up being just as effective, or even more so, than the ad itself might have been in the first place.

There it would have competed with all the other electronic billboards in the frenzy of Times Square. With the rejection, however, Weedmaps has been plastered all over the business pages of magazines, newspapers and websites, blogs and social media.

“This has gotten us a lot of publicity even if the ad doesn’t get up.” (At press time, Weedmaps was still trying to work something out to allow the ad.)

Hartfield says the company has had similar problems with large corporations. “We have tried to advertise many times in the past. It’s a sad commentary on American culture at this moment in time. But at least we’re trying.”

Tips, suggestions and criticisms to weed@boulderweekly.com.