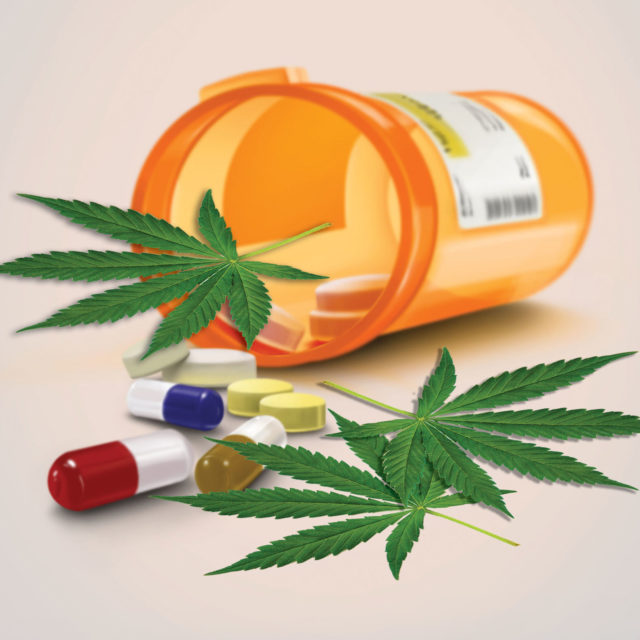 Colorado got a lot of attention last week by passing a number of laws that are basically just a huge middle finger to Big Pharma and everything it stands for. Most notably, we became the first state to cap insulin prices, a drug that is essential to the survival of those living with type 1 diabetes. Starting in 2020, there will be a $100 per month cap on insulin co-pays, regardless of how much insulin a patient uses. Insurance companies will pay everything over the $100 co-pay.

In another stand against the pharmaceutical industry, physicians in Colorado will have the option of prescribing cannabis in place of highly-addictive painkillers. Governor Jared Polis signed Senate Bill 19-013 into law on Thursday, May 23. This grants doctors the power to legally recommend medical cannabis for any condition for which opioids are currently prescribed as soon as Aug. 2, when the law goes into effect.

According to the National Institute on Drug Abuse, more than 130 people in the U.S. die every day as a result of overdosing on opioids. The misuse of and addiction to opioids — including prescription pain relievers, heroin and synthetic opioids such as fentanyl — is a serious national crisis. As the epidemic deepens and spreads throughout the country, an increasing number of researchers, activists and lawmakers are looking for solutions in the cannabis industry.

“Colorado loses a community member to drug overdose roughly every 9 hours, with opioids contributing to over half those deaths. Those deaths are preventable,” Polis said during the bill signing. “In light of these statistics, it is incumbent on our lawmakers to provide physicians with opportunities to discuss alternatives to opioids and to provide patients with choices even if additional research regarding medical marijuana is necessary.”

The bill passed through the General Assembly in the final week of session. The House voted 47-16, with some Republicans joining Democrats in support. The Senate voted 33-2, with only conservative Sens. John Cooke, R-Greeley, and Bob Gardner, R-Colorado Springs, in opposition.

Currently physicians can prescribe medical cannabis for patients suffering from cancer, glaucoma, HIV and AIDS, PTSD and other chronic disorders that cause severe pain, seizures and nausea. The new language includes all conditions in which opioids could be prescribed. Unlike the other 10 conditions on Colorado’s list of approved conditions for MMJ, these will not get one-year recommendations, with patients instead receiving short-term medical cannabis cards for weeks or months before visiting their doctors again.

While some addiction specialists who opposed the bill worried about the potential of enabling dual drug use, drug-reform advocates argued that the measure was a needed step in lowering opioid dependency.

It’s not that the state government is telling doctors they have to replace all opioids with cannabis, rather, they’re endorsing the idea that doctors should be given the option to use cannabis as a treatment, which is much less addictive than opioids and will not result in a fatal overdose.

Polis signed another bill into law last week that allows children under the age of 18 to have more than one primary medical marijuana caregiver, allowing each of their parents or guardians to serve in such a role. Previously, a child MMJ patient could only have one designated caregiver, which parents said created logistical hardships.