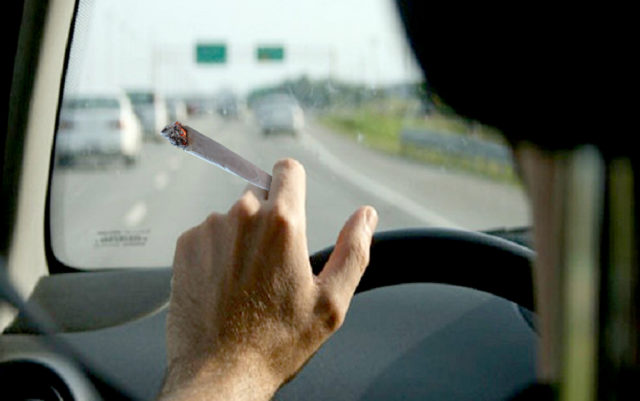 What has been the impact of legal cannabis on traffic safety? Is it common knowledge that driving while stoned is illegal? And do marijuana users even care?

Amid the rise of auto fatalities involving marijuana across the state, the Colorado Department of Transportation, law enforcement and the marijuana industry are launching a new campaign called “The Cannabis Conversation.”

In an effort to develop practical solutions, officials are conducting a survey that seeks input from cannabis users and non-users alike to better understand public attitudes and behaviors around driving under the influence.

The survey is anonymous and takes between 5 and 10 minutes to complete. It seeks to gather data about consumption habits and the perceptions of those habits. The questions ask participants things like how often they drive, where and how often they use cannabis, and whether or not they believe cannabis is still stigmatized by society.

Further along in the survey, participants must identify how capable they think law enforcement is at recognizing drugged driving. At the end, questions focus on whether users are aware of the legalities of driving while stoned: Do you think cannabis makes you a better driver? What would convince you not to drive high? If you knew cops were just as good at catching high drivers than drunk drivers, would you drive high less often?

Since this is a relatively new concern that has developed alongside progressive marijuana laws, the data is conflicting, and it’s unclear how much marijuana use contributes to crash risk. While stoners can perform simple tasks well while high, brain imaging has shown they have to use more of their brain to do so. Cannabis has been shown to impair critical driving related skills including psychomotor abilities like reaction time, tracking ability, cognitive skills like judgment, anticipation and executive functions like route-planning and risk-taking. On the other hand, marijuana users tend to be aware they are impaired and try to compensate for it. Research has shown that people who are slightly stoned may be more risk-averse and overestimate their impairment.

But the legal issues have been further complicated by the fact that testing for cannabis consumption is problematic. Smoking one joint typically raises a person’s THC levels to about 20 micrograms per liter. The legal limit in Colorado is 5 micrograms per liter, less than half the amount found to be impairing in various studies.

There’s no way to measure marijuana with a breathalyzer, so researchers use blood tests, but blood concentrations of THC can stay persistently high in chronic users. In traffic-fatality research, any amount of THC in the blood, no matter how tiny, counts as a positive drug test, meaning some of the people whose deaths are counted in such studies may not have been high at the time of the accident.

While very high levels of THC do indicate recent consumption, it is very unlikely law enforcement would encounter a suspect and obtain a blood sample within a short enough time frame for high THC levels to be detected. Impairment is observed for 2 to 3 hours after smoking, but peak THC levels have declined 80-90 percent within an hour.

There are currently campaigns to raise the blood THC limit of 5 nanograms and/or request exemptions for medical marijuana patients. This is due in part to the fact that some medical patients claim to need marijuana in order to drive more responsibly.

As enlightened Boulderites, we know that happiness in life lies in the journey, and not just the destination. Understanding this is what makes road-tripping around our great state so much fun, as it’s not just getting there that matters, but having fun in the process. Who doesn’t feel young and wild and free when they’re heading to the mountains for the weekend, packed in a Subaru filled with climbing gear and passing around a joint among friends? No matter how invincible you may feel, to be perfectly clear: It’s always safer to drive when you’re not stoned.