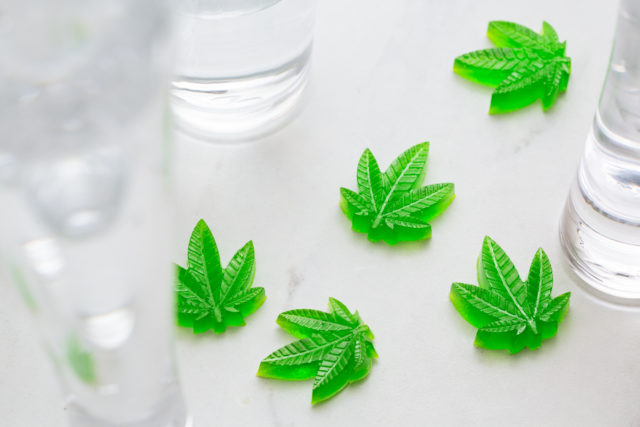 In 2021, cannabis edible company Ripple got curious about the absorption rate of its products, and how that compared to the competition. The folks at Ripple knew their proprietary formula was absorbed into the bloodstream fast, but they wanted to find out exactly where it ranked among other edibles. So, the company enlisted scientists from Colorado State University (CSU) to perform a first-of-its-kind study in the U.S.

The research found that Ripple’s products (specifically the company’s gummies) adsorbed more than two times faster than the competition — a serious finding considering the notoriously slow onset of most cannabis edibles.

“It was critical for us to obtain, and rely on, observable quantitative data — THC blood levels — rather than subjective self-reports like, ‘I’m starting to feel high now,’” Keith Woelfel, Ripple’s R&D director, told Business Wire. “This pharmacokinetic data lays the groundwork for understanding how our products work in the body. And it answers basic questions that matter deeply to consumers. Questions like, ‘How fast will this hit me?’ and ‘How long will it last?’”

Ripple has been a name in the cannabis industry since the beginning of the recreational market in Colorado. The brand makes three edible products: a classic dissolvable powder, gummies and “quick-stix.” These products aren’t much different than what the market is already saturated with, except in one notable way: Ripple’s THC is water-soluble instead of fat-soluble, resulting in a fast-acting product.

“‘Fast-acting’ was an accident in its infancy,” Missy Bradley, co-founder and vice president of marketing at Ripple, explains. “We were not out to create a water-soluble product.”

Ripple set out to make a cannabis tea beverage in the early days of the company — but to do so, Ripple needed to develop THC that was water soluble instead of fat soluble. Bradley says that’s very common in commercial food products, but in the cannabis industry, it didn’t exist. The company created the original Ripple Stillwater Tea and got some interesting feedback.

“We had a lot of people saying to us, ‘I feel the effects quicker with this product. Why do I feel the effects faster?’ And we didn’t know why,” Bradley says. “So we ventured into our first pharmacokinetic study where we had a couple of participants do blood draws at certain intervals after taking our original edible product on an empty stomach.”

That first study found that the water-soluble THC was absorbing into the body as fast as 15 minutes after ingestion. Subsequent pharmacokinetic studies showed it absorbing in about 10 minutes. This most recent CSU study was the fifth such study that Ripple sponsored, published in the journal Pharmaceuticals in 2021. It was the first peer-reviewed, published study to use commercially available THC products in the U.S. — as most cannabis studies today are required to use government shwag grown at a facility at the University of Mississippi (Weed Between the Lines, “Clearing the path,” Dec. 24, 2020).

The study sought to describe and compare the pharmacokinetics of five commercial edible cannabis products and determine the influence of body composition on pharmacokinetics. It also aimed to explore how marijuana might offer diabetes protection and influence glucose tolerance.

The researchers didn’t find these cannabis products had any effect on diabetes or glucose tolerance. However, the research did find that Ripple’s dissolvable powder acted 1.9 times faster, and its gummies acted 2.3 times faster, than other leading competitive brands.

“The reason for our gummies to exist is because they’re super fast and consistent,” Bradley says. Sure, gummies are the most saturated segment of the cannabis edible market, but Ripple’s aren’t like the rest, she says.

Bradley says Ripple wants to help move the needle on other cannabis research. Smaller companies can’t afford to do the science, which Bradley says is “absurdly expensive.” And some institutions still won’t conduct research on cannabis.

“Because a lot of these institutions that are doing research are federally funded, they will not touch the plant,” Bradley says, making it even harder to get good scientific data on cannabis generally, and on commercial cannabis products specifically.

“We just really want to better understand cannabis products and how they interact in the human body,” Bradley says. “We have always sought to push the envelope in terms of what is known about recreational cannabis products.”