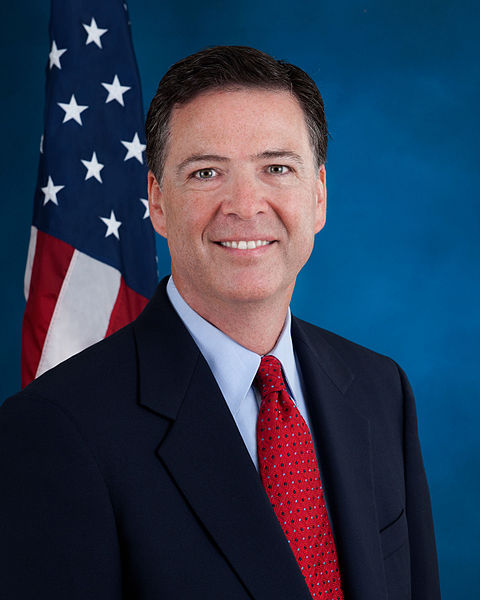 Courtesy of the Federal Bureau of Investigation

He’s tried to back off from his comment a bit, but FBI Director James Comey rather candidly admitted recently that his organization, tasked with hiring hackers to fight cybercrime, is having a hard time finding good employees who don’t use cannabis.

“I have to hire a great workforce to compete with those cybercriminals, and some of those kids want to smoke weed on the way to the interview,” Comey told The Wall Street Journal.

The FBI director said that his agency is actively revising its employment rules per cannabis, which now state that anyone who has smoked weed in the last three years is ineligible. When an audience member said he has cannabis-using friends who were interested in hacking for the government but put off by the rule, Comey told him they should apply. “We have changed both our mind-set and the way we do business,” he said.

If you’re like me, you had to snicker a little at this so-called “news.” Anyone who has ever worked at a tech or internet company in the last 15 years knows this inherently. I mean, duh!

Here we have corporate America spending billions of dollars every year drug-testing employees, mostly to eliminate cannabis users, apparently lulled into thinking that by doing so it is attracting only the best and brightest.

There are certainly those who use no drugs or alcohol who are among the best and brightest. But to imagine that somehow cannabis use eliminates you from that category is really, really shortsighted, if not, in my humble view, just stupid. Smart tech companies know that cannabis use itself has no real effect on work performance, one way or the other. Employees who use cannabis mostly work without problems, as do employees with alcohol, and those who don’t will be found out soon enough. Except not by today’s drug testing. (Google performance testing vs. urine testing for more on this subject.)

One of Amendment 64’s compromises allows Colorado companies to continue to test for and eliminate people for cannabis use, even though it’s legal and supposed to be treated like alcohol. Many continue to do so. Hopefully, admissions and policy changes like those Comey outlined will help convince corporate bosses of the huge costs and folly of their actions.

Alabama Sen. Jeff Sessions, representing those who still want cannabis outlawed, scolded Comey for “dismissing the seriousness of marijuana use.” What the hell does that even mean? Is he suggesting that Comey, who is trying to find legitimate crime-fighters, continue to reject candidates on the basis of their cannabis use and not hire the best people?

Sessions and others who support the War on Drugs continue to believe that somehow demonizing cannabis will keep it away from teenagers. Which, if memory serves, hasn’t worked too well in the years since the Reagans came up with Just Say No.

Meanwhile, as our tax dollars continue to be pissed away, millions of Americans continue to use cannabis, many daily, in all age groups, and function like anyone else. Hundreds of thousands of Coloradans use cannabis and have been part of the workforce for decades. Legalization hasn’t changed anything in that regard. The only difference is where they are purchasing it.

Further evidence of the disapprobation about cannabis was the recent brush-up over the Denver Symphony’s “bring your own weed” benefit concerts. I waxed enthusiastically about the series after it was announced. In response, the Denver city attorney sent a bullying letter to the symphony, warning that cannabis violations would be prosecuted to the full extent of the law.

This was interesting, since what the symphony planned — a private party with an entry price of $75, open to adults only — appeared to be legal under Amendment 64. It just pissed off those who don’t like seeing cannabis associated with something like the arts.

The compromise required the symphony to remove the concerts from its website, refund ticket sales, make it invitation-only and wall off the outdoor patio where guests could indulge. This could have been done easily enough without the public spat the city seemed intent upon.

The event, like retail sales here, went off without a hitch, and was covered by The New York Times, which used a photo of Boulder lobbyist/advocate Shawn Coleman lighting a blunt over a story that treated it with the cultural respect it deserved. And with it, cannabis steps further into the mainstream. The Times won’t be back this summer.

All in all, it was just another funding night for the symphony, which raised 50,000 needed dollars. Some of that money probably even came from hackers. We can all look forward to the day when all this is no longer considered news.