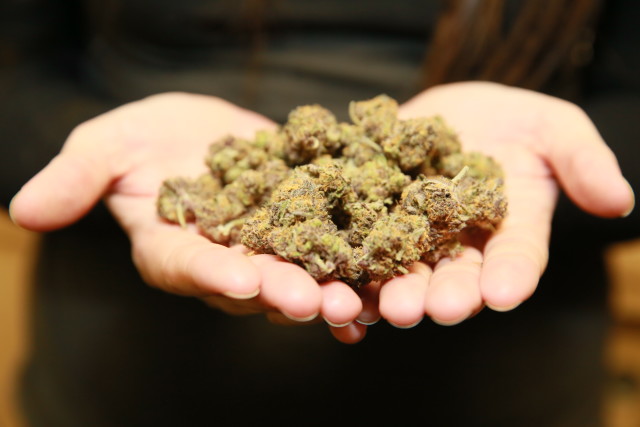 With just over 12 weeks of writing this column, I am still pretty green when it comes to cannabis. I am no expert, rather the opposite, an inquiring mind with a lot of questions to pursue and subjects to learn about.

In many ways, I find that my journey of getting acquainted mirrors the current state of cannabis, itself in a stage of exploration. I dedicate a lot of my attention, time and brainpower to cannabis and find few answers. Rather, I encounter a lot of opinions based on a slew of new information largely interpreted with attitudes and theories formed during prohibition.

Lately, there has been talk that the media is not accurately reporting on marijuana. The arguments claim everything from the pressure of pro-marijuana advertising dollars, to an industry that holds power over writers, to stereotypes of journalist stoners happily writing about their long awaited hey-day.

In a recent International Business Times article by Joel Warner, “Marijuana Has Become A Media Darling, But Are Journalists Too Soft On Pot?” he asks, “after years of critical reporting  on marijuana issues (with marijuana as an illegal and stigmatized drug), if they (journalists) bother to cover the subject at all, have the media as a whole moved too far in the opposite direction? Are reporters and editors now so high on the topic of cannabis that they’re going too soft on the subject?”

Journalists and writers serve a lot of functions, among the most important of which is to describe society to itself. Here we are, in this specific moment in time, barely post-prohibition, collectively painting a picture of what is. New information is constantly emerging as is speculation about what it all means. So, are journalists too soft on pot or are we just in a soft moment in time?

In the archives of The Denver Post is a speech given by Mrs. Stuart P. Dodge just before the repeal of alcohol prohibition went into effect in Denver in 1933. The talk distinguishes between four phases of post-prohibition:

“First we must face the liquor question honestly and courageously. Second we must work for honest and decent legislation, realizing that whatever we do at the outset must be in the nature of legal experimentation. Third we must enact legislation which will be both an inspiration and a challenge to the youth of the country, who in the next 10 years either will be the lawmakers or the lawbreakers of the country. Fourth we must work for a new form of temperance.”

It has only been two years since marijuana was legalized for adult use in Colorado, the first state to do so in the U.S. In this post-prohibition moment we are untangling all of the prejudices that accumulated since national anti-cannabis legislation passed in 1937. For the first time in 79 years we are doing our best to confront cannabis “honestly and courageously.”

Whether or not people agree with Amendment 64, it passed. And now state officials must work with the industry to create legislation that accommodates legal cannabis, while keeping society orderly and safe. Colorado is in the thick of an age of market experimentation — a vastly different set of issues than those ripe for reporting during prohibition or in the established market that is to follow.

In digging between the lines, I am learning how much we think we know, when the real truth of this moment in time is that we know very little. As new data comes in everyday, it adds evidence to our theories, not quite confirming them, although getting us closer.

What is important now is the quality of the experimentation. The key to that quality? The ability to fairly and patiently scrutinize all of this information so that our “new form or temperance” is not based on old habits but on new and accurate information.

In writing this column, I quickly learned not to underestimate the power and influence of decades of anti-marijuana propaganda in establishing social prejudices. In many ways our society has been brainwashed for generations into thinking that cannabis is bad — bad for business, bad for our health and bad for the economy.

There is a tale in cannabis circles about the powerful and mighty businessmen of the 1930s who stood behind the criminalization of marijuana, Treasury Secretary and oil baron Andrew Mellon and paper king William Randolph Hearst, whose nephew headed the Drug Enforcement Agency. The businessmen’s interests in the oil and paper industry led them to collude against all things cannabis, but mostly all things hemp. In a notorious if not brilliant marketing move, they coined the word marihuana and created a social fear of Reefer Madness, leading congress to make cannabis illegal and sending the country into an era of prohibition.

It turns out that the long-assumed dangers of pot are largely constructed. It’s not that we’ve gone soft — it’s that we are finally in an era of genuine conversation. Now that Colorado is taking the opportunity to learn for itself about cannabis, the spectrum of opinions once recognized as valid appears rather constructed.