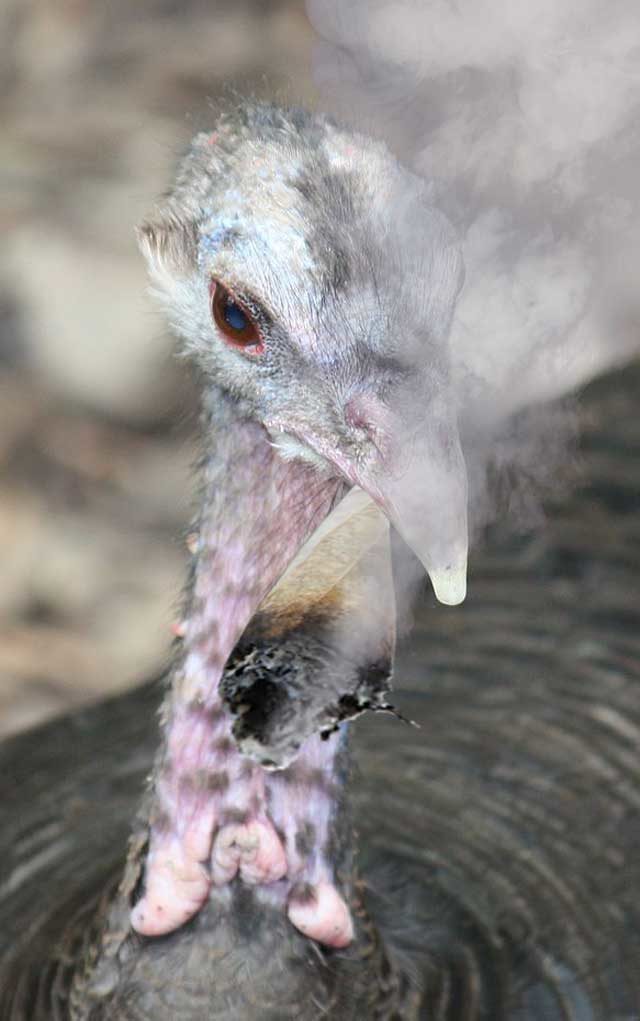 Real talk, Thanksgiving sucks. It’s embarrassing that white people made up a holiday to celebrate the European invasion of North America that resulted in the death and relocation of millions of native people. We’ve tried to rebrand it as a day to reflect on our lives with gratitude, but now it’s just as an excuse for eating until you’re sick then humble-bragging on social media by posting a personal highlight reel of everything you’re grateful for. No matter how you slice it, celebrating colonialism makes everyone uncomfortable, especially if it involves a dinner with relatives you only see twice a year for a reason. Here are some tips for surviving:

The best hack for avoiding holiday stress? Care less about your family! Honestly, we have too many holidays where the theme is just “guilt-tripped into spending time with people who have known you the longest but understand you the least.” This is the time for surrounding yourself with people you love, so I refuse to spend half my rent money on a plane ticket home to fight with my racist relatives. If that makes you uncomfortable, all I have to say is have fun regressing because your parents will never let you change. And you run the risk of possibly seeing your high school ex selling meth outside of Target. I plan on staying in town and celebrating danksgiving with friends, which means we’re just going to get stoned and eat warm carbs all afternoon. Basically just like any other day in November, except for the bigger audience I have when feasting. Going to someone else’s home for Thanksgiving and seeing the hell they endure is another option and also the best vacation you could take from your own family issues. Either your friend’s family will be absolutely insane and make you feel lucky to only have a few quirky people in your family, or they’ll be, like, emotionally stable and you’ll experience a functional family holiday for once. Either way, you win.

Get as stoned as possible

If you couldn’t get out of spending time with your family this year, then staying sober isn’t an option. The key to surviving this day is a steady and solid buzz. You’re already expected to eat thousands of calories worth of turkey, gravy and a side dish that is literally called “stuffing,” so avoid alcohol because it’s only going to make you more fat and emotional than you already are. Weed is key, but you don’t want to get so stoned that you fall asleep early and miss the drama of witnessing your nephew coming out to your ultra-conservative uncle. You want to be just high enough so you can politely smile while your grandmother berates you for your liberal art degree and the fact that you’re probably going to die alone because you’re 28 and have yet to meet a nice Jewish man. If you’re from the East Coast, you’re probably heralded as the “totally chill cousin who lives in Colorado,” so make sure you bring enough to share because impressing your younger, college-aged relatives with craft cannabis will be the most validation you’ll receive all day.

How did people ignore their families before smart phones? By sinking into a nice food coma. After all, traveling long distances, smoking weed, watching six hours of football, smoking weed, eating seven pounds of food, then having to participate in an excruciating hour-long conversation about essential oils with your aunt warrants a nap. So eat that turkey, point out your dad’s problematic behavior, announce that you’re thankful for the impending toppling of the patriarchy, and endure some type of emotional or stomach pain at all times. Remember that this is what the holidays feel like. And no matter what, if you don’t offer to help clean up after dinner, you are street garbage.