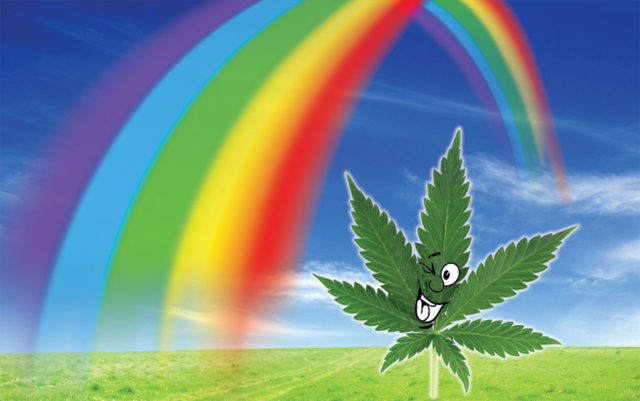 More than five years after Colorado voted to legalize recreational marijuana, Gov. John Hickenlooper said last week he’s considering the release of about 40 inmates who are currently serving prison sentences for nonviolent marijuana offenses. If released, they will be invited to formally file for clemency, which Hickenlooper said will be received favorably.

Let’s just think about that for a moment. You are probably walking around Pearl Street high as a kite right now while I am getting paid to humblebrag about my stoner adventures, and there are still dozens of people across the state sitting in jail, being punished for ascribing to the same lifestyle. Oh, and fun fact: it costs taxpayers about $30,000 a year to house a prisoner in this state.

While Colorado has typically been at the forefront of cannabis law reform, it lags behind in offering relief to people convicted of offenses that would not get them in trouble today. In fact, Hickenlooper’s decision comes on the heels of Seattle, San Francisco and San Diego announcing that they will expunge and downgrade the criminal records of thousands of people with misdemeanor convictions for marijuana charges without even requiring the defendants to request it. Meanwhile, Colorado only recently passed a bill allowing those convicted to petition their local district court to have their criminal records relating to the cases sealed if the crimes were committed after Dec. 10, 2012, a process that can be difficult and time-consuming.

There has been a growing movement of lawmakers pushing the need to address the harm caused by the war on drugs. It’s a shame that Hickenlooper cited overcrowded prisons and aligning law enforcement practices with current state laws as factors behind his decision, while completely ignoring the realities of mass incarceration, pot prohibition and its disproportionate impact on people of color.

According to a report by the Colorado Department of Public Safety, the total number of marijuana arrests decreased by 46 percent between 2012 and 2014. However, the marijuana arrest rate for white adolescents fell by nearly 10 percent, while arrest rates for Latino and black youths respectively rose more than 20 percent and more than 50 percent respectively. And although black and white people consume marijuana at similar rates, the marijuana-arrests for black people was triple that of whites in 2014.

Prior convictions can interfere with things like getting a job, finding housing and working in the marijuana industry, meaning it’s harder to get a weed license if you’ve been arrested for selling weed. So now that legal weed has become a big business, wealthy white entrepreneurs who have not been policed for cannabis have the advantage.

In 2017, Colorado dispensaries raked in a record $1.51 billion in sales, making a lot of people very rich. Unfortunately, the overwhelming majority of those people are white; only about 1 percent of dispensaries are owned by black people.

To me, that number represents a monumental failure that should embarrass everyone in the marijuana industry. It is so unsettling that people of color are considered dangerous criminals for selling pot while white people are profiting from the same thing. Our path to legalization should have included a plan for those communities most affected by prohibition. Instead, we have a system in place that excludes people of color from the conversation and economic opportunities available, perpetuating the same racial inequalities that have surrounded marijuana policies for decades.

Colorado should takes notes from the city of Oakland, which recently approved the “Equity Permit Program” to help convicted drug felons break into the industry by mandating that half of all marijuana business permits go to people who are low income and have a cannabis conviction or live in a neighborhood that’s been a major police target.

It is truly ironic that the people most likely to be victims of old cannabis laws are the least likely to profit in its reform. As The New Jim Crow author Michelle Alexander argues, this disparity reflects a fundamental unfairness still at the root of our judicial system: “In many ways, the imagery doesn’t sit right. Here are white men poised to run big marijuana businesses, dreaming of cashing in big — big money, big businesses selling weed — after 40 years of impoverished black kids getting prison time for selling weed, and their families and futures destroyed. Now, white men are planning to get rich doing precisely the same thing?”