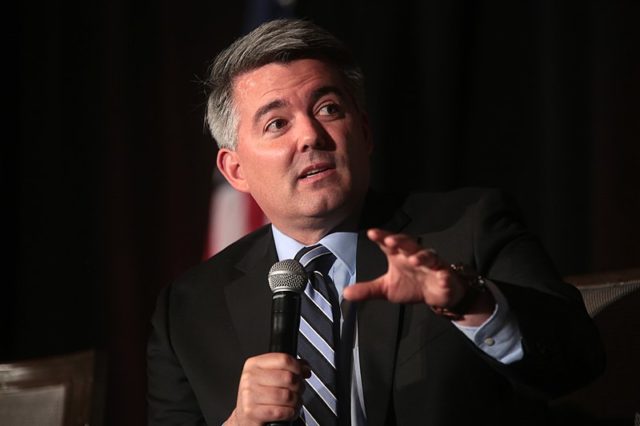 Looks like 2019 is shaping up to be a new level of hell that none of us were prepared for. In this week’s episode of the most dramatic reality television series ever produced — our literal government — everything is still shut down over the stupid wall Trump promised his supporters that Mexico would pay for during his campaign. And because Trump is president and nothing is normal, no one really knows how long this temper tantrum is going to last.

So what even happens during a government shutdown? Does this means the news stops? Unfortunately not. Things are still happening and we still have to pay attention. Here are the most important stories coming out of the cannabis industry this week:

The passage of 2018 Farm Bill and its hemp legalization provision was met with excitement, but before farmers can take advantage of the program, they must submit regulatory plans to the U.S. Department of Agriculture (USDA) and pass an FBI background check, meaning the shutdown has effectively stopped legal hemp cultivation in its tracks. Until the U.S. Congress approves an appropriations bill and the government reopens, the USDA is unable to approve state hemp program regulations. On top of that, FBI personnel responsible for conducting the background checks are furloughed because of the shutdown, essentially sidelining all prospective hemp farmers until further notice.

The Cannabis Trade Federation announced that it has formed the largest and most diverse federal lobbying team ever assembled by the cannabis industry. This group, with 15 principal lobbyists and over a dozen associates from five firms, will work to pass the STATES Act. The STATES Act is a bipartisan bill that amends the Controlled Substances Act to establish that any business operating in accordance with state cannabis law will not be in violation of the Controlled Substances Act. It was co-written by Colorado Senator Cory Gardner and has been endorsed by President Trump. It’s currently seen as the leading effort to end prohibition in the U.S.

After November’s midterm election, Rep. Earl Blumenauer (D-Oregon) predicted that 2019 would be a big year for cannabis. Last week, he introduced H.R. 420 aka the Regulate Cannabis Like Alcohol Act, which would remove cannabis completely from the Controlled Substances Act. “While the bill number may be a bit tongue-in-cheek,” Blumenauer noted in a press release, “the issue is very serious.” Cannabis would be placed under the jurisdiction of the Bureau of Alcohol, Tobacco, Firearms and Explosives. Passage of the bill would allow federal money to fund cannabis research, open up banking options for cannabis businesses and provide a pathway for states with legal cannabis programs to buy and sell from one another.

In a dream world, all public figures would be both good and hot, like Alexandria Ocasio-Cortez, everyone’s favorite Latina socialist and the youngest woman ever elected to Congress. If you don’t pay attention to politics, you might remember her as the Breakfast Club dancer with the great skin who went to Boston University. I mean, weird she spent college being wholesome on a rooftop instead of learning how to smoke weed out of an apple, but I’ll let that go since she’s been such an advocate for legalizing cannabis and for the release of people who have been incarcerated for nonviolent drug offenses. Last week, AOC announced that Dan Riffle, health care and tax reform expert, would be joining her staff as senior counsel and policy advisor. That’s big news for the cannabis industry. In addition to holding past staff positions for other members of Congress, Riffle was once director of federal policy for the Marijuana Policy Project. He left the organization back in 2014, attributing his departure to the overwhelming influence of big business in the legalization movement and how it shapes policy in terms of how cannabis is accessed.

Denver is going to vote on psychedelic mushrooms this May

The advocacy group Decriminalize Denver has collected over 9,000 signatures and submitted petitions to Denver’s Election Division in order to get a measure on the ballot in May that would decriminalize psychedelic mushrooms in the city. The elections division has the next 25 days to ensure at least 4,726 of the signatures came from registered Colorado voters in order for the proposed measure to show up on the ballot for the city’s election on May 7, 2019. They claim the bill’s main goal is to keep people out of prison and keep families together. The U.S. has classified psychedelic mushrooms as a Schedule 1 drug, putting them in the same category as drugs such as LSD and heroin. Currently, those found in possession of magic mushrooms can face charges that range from a state jail felony to a first-degree felony. Last October, a team of leading scientists at John Hopkins called for magic mushrooms to be made legally available as a medicine. They claim that the potential benefits of psilocybin, the psychedelic compound found in magic mushrooms, outweigh its possible harms and have gone on to tell the Drug Enforcement Administration that the drug should be placed in the most lenient drug classification category.