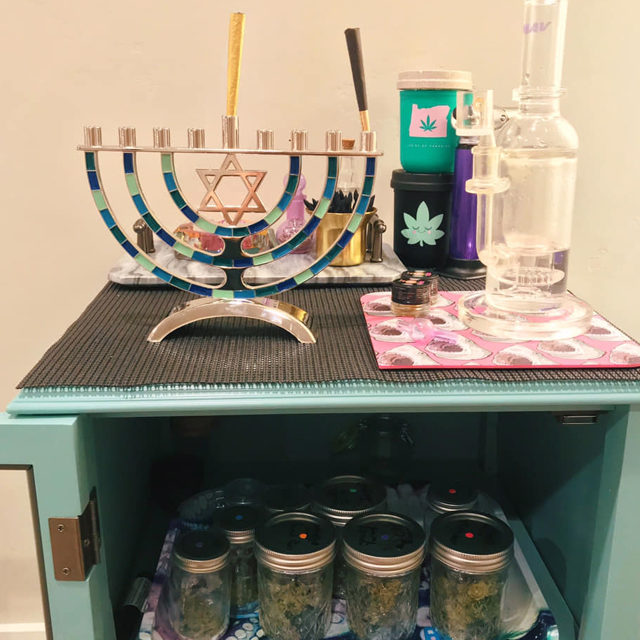 Hi, it’s me, your token East Coast Ashkenazi Jew friend. My name doesn’t reflect how Jewish I am, but if you ever met my grandmother — the one who never reads anything I write as a form of revenge for not going to law school — you would get it. I’m agnostic and usually don’t call attention to the fact that I’m Jewish, but since anti-semitic hate crimes have increased by 37 percent in the U.S. since Trump took office, I like to remind all the crybaby white nationalists who actually controls the media. Just kidding, that was a joke — another thing we’re better at.

Anyways, we’re in the middle of the highest of holy holidays: Hanukkah, the Festival of Lights. Or Hanukah/Chanukah/Chanukkah/Chanukka. To be clear, there is no right way to spell it because the English alphabet has different characters than the Hebrew alphabet, and the variety of spellings are just an attempt to represent what the word sounds like in Hebrew. For the purposes of consistency I’m spelling it one way and sticking to it.

Hanukkah dates back to two centuries before Christianity began, when the Greek-Syrians seized the Holy Temple and outlawed the practice of Judaism in Jerusalem. A group of Jews known as the Maccabees rebelled against the government and won, but when the time came to rededicate the Temple, they only had enough lamp oil to burn for one night. Miraculously it ended up staying lit for eight.

Today, we commemorate this ancient phenomenon with an eight-night party involving fried food, presents and the lighting of the menorah at sundown, which is just after 4:20 p.m. this time of year. Yes, cannabis and Hanukkah go in hand in hand, in case you thought Adam Sandler was just joking when he sang about “smoking marijuanikah.”

My people have always been chill about weed, which is probably why there are so many comedians among us. I mean we literally have an eight-night party that celebrates the miracle of oil, making Hannukah parties the perfect time to get lit. It’s cold and dark out, you’re not allowed to work and you’re surrounded by traditional Jewish cuisine, which is mostly just fried potatoes and donuts. I cannot think of a more ideal time to be as high as possible.

A lot of people think Hanukkah is like “Jewish Christmas,” but it’s not. It’s better. Why? Because Christians exchange lame gifts like sweaters and candles while we give our loved ones what really matters: actual cash. Yes, one of the most traditional Hanukkah gifts is gelt, which is just Yiddish for money. So if you’re rich, you can thank your Bubbe for saving you a trip to the ATM on your way to the dispensary. If you’re not rich, you still get gelt, but it comes in the form of chocolate coins, so you can still thank your Bubbe for the munchy food.

Even though the Torrah doesn’t give us a direct blessing to smoke weed, the Jewish tradition of pikuach nefesh (means “saving a life”) says that preservation of human life overrides nearly any other religious consideration. So consuming cannabis is permitted during Shabbat and holidays if this is the most effective way to ensure one’s health, and if you come from a Jewish family, you know that it certainly is.

Is cannabis kosher? That’s not as clear cut as the no-pork or -shellfish rule. Weed doesn’t need a kushrat certification if you’re just smoking it. However, it’s an entirely different matter if you’re eating it. Cannabis is a plant just like any other fruit or vegetable, so if it were grown in Israel, to be consumable by Orthodox Jews, its growers would have to adhere to shnat shmita (meaning, allowing the land to rest every seventh year). But this is America, so shmita doesn’t apply to the pot grown here, making kosher approval unnecessary.

While leaving work early to get as stoned as possible and eat warm carbs for eight nights in a row sounds exhausting, my people are up for the challenge. So Happy Hanukkah to everyone in the tribe, including Drake. And Ilana Glazer. And especially Governor-elect Jared Polis, who will be the first Jewish governor of Colorado.