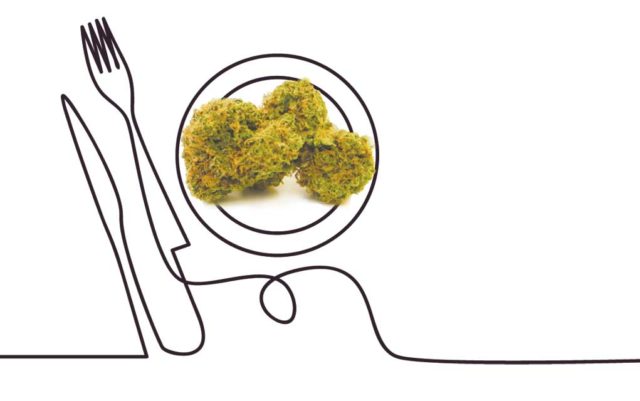 Next month, the country’s first legal cannabis restaurant licensed to serve both weed and food will open in Los Angeles.

Lowell Cafe is opening on N. Le Brea Avenue in West Hollywood on Oct. 1, “serving farm fresh food, coffee, juice, and cannabis daily,” according to the cafe’s website, which features thumbnail black-and-white photos of celebrities smoking, presumably pot, but who knows, the pictures are really small.

In 2017, the City of West Hollywood created a licensing process to allow restaurants to serve marijuana. The 220-seat Lowell Cafe will be the first to open under the license, but certainly won’t stand alone for long as hundreds of applicants have sought licenses, according to a recent piece in The Washington Post.

However, California state law still requires all cannabis products be prepackaged and tested, meaning Lowell Cafe won’t be able to serve cannabis-infused fresh foods as originally planned. Instead, guests will be able to order cannabis goods like flower and concentrates on a bill that’s separate from their food order — a dispensary and restaurant under one roof. Staff will be able to guide guests, from beginners to pros, through their experience.

While Lowell caters to the recreational user, Mint Dispensary near Tempe, Arizona, has been slinging fresh, cannabis-infused foods to medical card holders since fall 2018.

Not a bad price, particularly if the pizza is good. We wouldn’t recommend eating the whole thing in one sitting, but if you know your limits, godspeed.

While there are some awesome edibles being made in Colorado (Wana, Love’s Oven, Cheeba Chews, Coda), there are no licensed marijuana restaurants in Boulder or Denver… or anywhere on the Front Range. While social-use lounges are legal as of earlier this year, there aren’t many of those, either.

However, Summit County-based Cultivating Spirits will cater a custom cannabis pairing dinner party for you, either in your home or at a venue. You can drop by a number of establishments in Boulder and enjoy CBD-infused coffees, cocktails and juices (Precision Pours, River and Woods and Wonder, to name but a few options in Boulder County), but if it’s a THC-laden meal you’re looking for, Colorado’s not quite there yet.