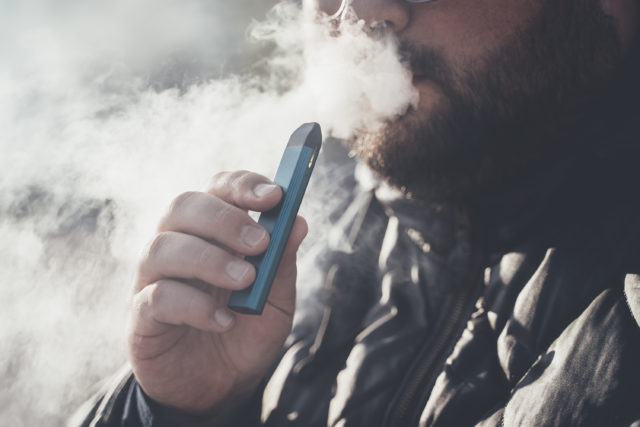 Remember back in late 2019 when the biggest health story in the nation was the outbreak of “e-cigarette or vaping use-associated lung injuries” (EVALI)?

It feels like an eternity ago, but it’s only been a year. Now new regulations for cannabis vape products are coming down from the state’s Marijuana Enforcement Division (MED) to help make vapeable THC safer.

Starting on Jan. 1, 2021, the MED’s new rules will require vape products to be emissions tested and to have a printed expiration date on the label. The goal, simply, is to reinforce consumer safety guidelines.

“It’s actually really exciting to see [these regulations] coming through,” says Alana Malone, cofounder and CEO of Green Dot Labs. “This is a testing we wanted to see available.”

Green Dot Labs is Colorado’s longest running cannabis extract company. It produces high-quality extract products that are bred, grown and extracted all in-house. And it’s been waiting for this particular form of emissions testing to become available for some time.

Malone explains, “Testing isn’t available to licensed producers until the state certifies it. So sometimes we’re waiting on the state to get up to speed with the times.”

Now, though, it seems to be catching up.

The new vape regulations will require all THC vape products to be emissions tested by a licensed third-party lab. That third-party will test the aerosols emitted from a cartridge to validate the quality of the product itself and also offer greater peace of mind for consumers. These tests will determine if poor metals or core components of the cartridge itself are causing any “effective leaching” and will prevent contaminated products from ever making it to market.

“The crisis that we dealt with at the end of last year was a crisis born of unregulated cannabis production and sales,” Malone says. “This just offers more security going forward for the industry as we continue to face headwinds.”

The first cases of EVALI were detected in August 2019, peaking in September of that year, according to the CDC. By December the issue had become a priority for lawmakers, health professionals and concerned parents everywhere. As of the last time the CDC updated their official EVALI tracking website (Dec. 17, 2019), there were 2,506 cases and 54 deaths, nationwide.

The problem was (and largely still is) a mystery. No one knows exactly what causes EVALI.

However, the CDC website insinuates that it had something to do with cannabis products: “Nationwide, 82% of patients hospitalized with [EVALI] reported [THC]-containing product use. Vitamin E acetate, an additive to THC-containing e-cigarette, or vaping, products, is strongly linked to the EVALI outbreak.”

These new regulations from the MED aim to throw a security blanket over Colorado’s THC vape products, though, to make them less risky for every party involved.

“The vaping epidemic created concerns for both companies joining the market who want to produce cannabis vape products [and] consumers who are concerned about using them,” says Henry Baskerville, an attorney who specializes in cannabis businesses with Fortis Law Partners. “Providing some feeling of security to both manufacturers and consumers that the products are safe is a good step.”

Baskerville points out that the new requirement might cost businesses marginally more to have the testing done. It isn’t free, nor is it subsidized by the state — the cost falls on the producers.

“But I think any company in the industry would tell you that they’d be more than happy to spend a little bit of money on testing” if it helps product sales, he says.

Malone with Green Dot Labs backs this up.

“Everyone knows and can expect additional testing to add an incremental cost increase,” she says. But she calls that a “minor disruption” and one that will be easily adapted to.

“I have a pretty mild tone about it because it’s more of the same — any operator in Colorado is adept in responding to updated testing requirements,” Malone says. “This really just affirms Colorado’s position as an excellent leader in the legalization of cannabis and the regulation of cannabis production lines.”

Malone says Colorado might be the first state to implement regulations like this — but she’s certain that we won’t be the last.

“This will likely set a new standard for the national landscape,” she says.