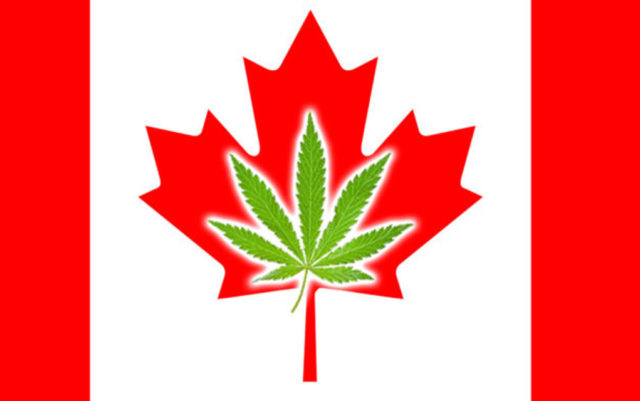 Across the U.S., thousands of medical patients use cannabis to treat their anxiety, chronic pain, sleeplessness, arthritis and even epilepsy every day, as medical marijuana is legal in 24 states.

Canada legalized cannabis at a national level in 2018, though, so studying and doing legal research on the drug is much easier north of the U.S. border. There, medical professionals like Dr. Hance Clarke are eager to start standardizing medicinal cannabis for patients and physicians everywhere.

The medicinal variability between brands of products and even batches from the same brand makes it challenging for patients and doctors to know exactly what they’re getting or prescribing in an edible, a tincture, a strain of flower, hash or oil, Clarke says. But that’s something he hopes to change.

“Recreational products have a variation of anywhere from 10-22%,” Clarke says. “That’s cool if it’s in the recreational zone. It’s not good if you have a complex medical condition that you’re looking to treat and you want the medication to have the same effect on your symptoms every time you consume it.”

He adds that 10-22% variability is not acceptable in any other type of pharmaceutical product.

Clarke is the director of pain services at Toronto General hospital and a recognized leader in opioid abuse education in Canada. Now, he’s working to validate and standardize cannabis as a medicine in Canada’s medical world.

In a clinical trial, called Medical Cannabis Real-World Evidence (MC-RWE), researchers aim to first test the reliability and repeatability of Canadian cannabis products, and then to create a national repository of cannabis product data for physicians and patients. With the help of 2,000 Canadian trial subjects, they’re going to test products from 12 of Canada’s leading cannabis producers.

“We’ve got to convince [physicians] that what they order or prescribe, they can get the next time, if they see a benefit,” Clarke says. “The real game-changer is going to be that you can search for and find exactly the product that’s going to treat your symptom, without being beholden to the variability of the industry.”

To participate in the study, patients must experience depression, chronic pain, sleeplessness or anxiety. Once accepted, those patients will go to an online portal created by California blockchain company True Trace (MCRWE.ca), and select from products that have been genetically tested and monitored from seed to sale.

Patients will closely track their own symptoms over the course of six months, answering three detailed medical questionnaires on the True Trace portal. Researchers will monitor the patients’ progress through the trial, but won’t interfere in the observational study.

So far, Clarke says the trial only has about 50 out of the 2,000 testers researchers hope to sign up, and they’re accepting applications from any Canadian who would like to participate.

When the six-month trial is over, Clarke’s hope is to have a comprehensive national repository of cannabis products and associated data that physicians and patients can consult. They’ll be able to see exactly what symptoms each product works to relieve and how consistent the relief is. They’ll be able to search for a product by the symptom it relieves, see which top five cannabinoids are present in it, and what people said about the terpene profile.

“If I’m a physician, what products do I want my patients to be taking? Something that I know is validated, something that I know is replicable,” says Clarke. “So as a licensed producer, if you want that type of medical credibility, you’re going to certainly want to consider being part of the platform as well.”

And the more the merrier, as far as Clarke is concerned. The broader the scope of producers, the more researchers will learn about these products and the more useful Clarke’s online repository becomes for patients and physicians.

It’s a service that the U.S. could greatly benefit from. But one which won’t be possible, until the substance itself finds its way off that federal list of Schedule 1 drugs.