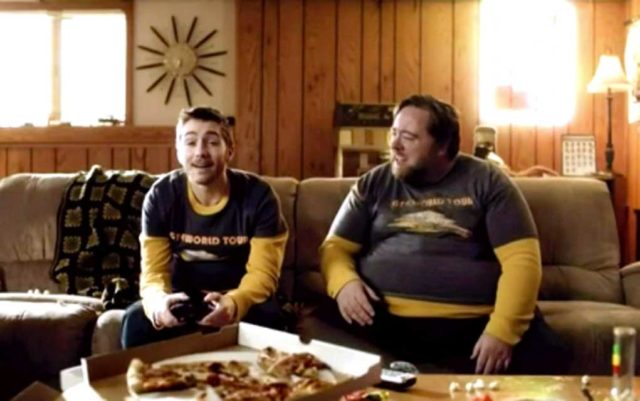 Here’s an idea: What if we trusted young folks and talked to them like the capable human beings they are? What if, instead of telling them a bunch of Reefer Madness-era lies about marijuana to keep them from consuming as adolescents, we just told them the truth?

Radical, I know, but hear me out. What if we said something like this: “Marijuana is a psychoactive substance that can temporarily inhibit motor skills; distort sense of time; reduce depth perception; increase or decrease heart rate; cause mild hallucinations and panic; exacerbate mental health conditions; change blood pressure; cause headaches, dizziness, drowsiness, dry mouth, nausea and paranoid thinking. Taken appropriately, marijuana can also be used to treat a number of serious health issues, from glaucoma to anxiety to chronic pain to cancer. That’s why marijuana is a controlled substance meant for adult-use only. Be responsible: Wait until you’re an adult to try marijuana.”

That’s it. That’s all it takes: bold-faced honesty.

But the specter of the war on drugs still haunts much of America, producing brain-dead anti-marijuana campaigns like the one the state of Michigan — a state that just regulated recreational marijuana last year — put out in December.

The Michigan Department of Health and Human Services used about $300,000 of federal grant funding to produce a series of internet ads to, according to a statement given to the Lansing City Pulse, warn about the “health risks and dangers” of adolescent marijuana use.

That’s cool. It’s a psychoactive substance, so yeah, young folks should steer clear of it.

Except the ads were based on lies and junk science.

In one of the ads, called “Future Self,” a purportedly young person (who looks about 25 years old) plays video games with a pizza and what looks vaguely like a bong on the coffee table — that’s how we know he’s stoned.

Suddenly, a middle-aged, fatter (super judgemental and highly misinformed) version of himself appears (you know this because they are both wearing the same band t-shirt and scruffy beard).

“Are you high?” Future Stoner asks his younger self, who is so lethargic and confused he can’t participate in this conversation, despite a complete stranger having teleported into his home — he’s so frickin’ high even the most basic of emotional responses such as shock and fear evade him.

“You smokin’ weed,” the middle aged stranger who claims to be from the future confirms by looking around at the truly scandalous scene in front of him, all those carbs in that pizza and what not. “I’m you in 10 years. No career. No friends. No money.”

The young man — now somehow able to access emotions — asks, “What happened to us, man?”

“Marijuana messed with our brain,” the middle-aged home invader says. “We can’t focus.”

In a second ad, the middle-aged version admonishes the youngster’s singular devotion to video games.

“This is a problem,” he says to the unaware teen. “Marijuana affects brain development in teens. Even if we could see this is a problem we wouldn’t be able to focus long enough to get out of the problem.”

The teen, suddenly aware someone else is in the room with him, replies sleepily, “I’m sorry. Did you say something?”

From across the Rainbow Bridge, Ronald Reagan is crying tears of joy that the disinformation he helped sell back in the ’80s is alive and well in 2020.

Let’s tackle those hackneyed stereotypes in the Michigan commercial first: I think history’s big stoners — Carl Sagan, Steve Jobs, Michael Phelps, literally anyone who’s ever made an album you love and many of the world’s most celebrated beautiful people — can attest to the fact that you can have a career, friends, money and waistline as a marijuana user.

With that out of the way, let’s talk about the important part: what pot does or doesn’t do to young brains.

The Michigan commercial is likely referring to 2012 research out of Duke University which claimed persistent, heavy marijuana use through adolescence and young adulthood was associated with declines in IQ.

This research has been roundly criticized for its methods, which failed to account for a number of other factors that are known to affect cognitive development, such as cigarette and alcohol use, childhood trauma, mental illness and socioeconomic status.

Two separate, peer-reviewed research studies in 2016 — one on American twins and the other on British teenagers — found no evidence that adolescent marijuana use leads to a decline in intelligence. The twin study is a pretty big deal, considering they share identical DNA and their home lives are consistent.

All that being said, kids shouldn’t use pot. It’s a psychoactive substance, and should only be used by adults and/or with medical guidance.

Why do we insist on treating young folks as though they are incapable of making good decisions when given cold, hard facts? We tell them the truth about cigarettes and alcohol — why do we continue to sell them myths about pot?

Because too many adults still believe myths about pot, and those myths often help to keep marginalized communities down. Plain and simple.