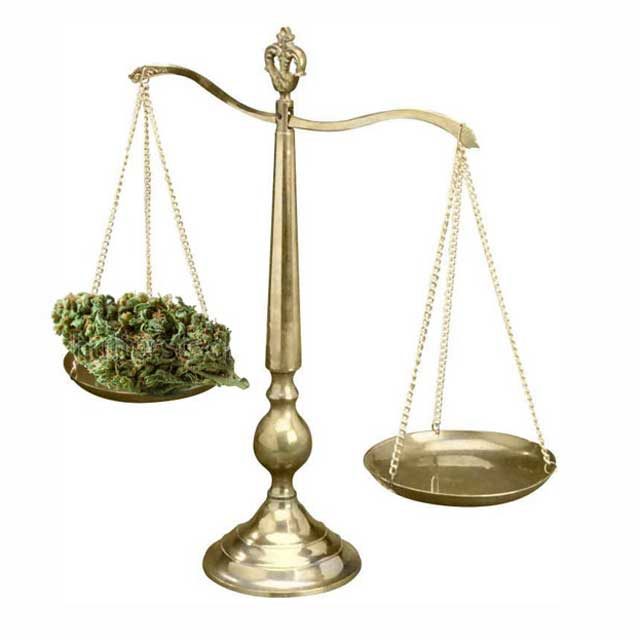 Remember the summer before ninth grade when you would sit around a circle at camp getting stoned with the other counselors and talk about how the world would be a better place if pot were legal? Well apparently, teenagers aren’t the only ones coming home from summer camp with big ideas about creating cannabis policies that make life more chill for everyone.

At the annual summer meeting for the United States Conference of Mayors in June, a non-partisan organization that brings together mayors from U.S. cities with populations above 30,000, Denver mayor Michael Hancock led a task force called the Government for Responsible U.S. Cannabis Policy Coalition. The goal was to gather their collective knowledge of cannabis legalization on a local level in order to make policy recommendations to Congress and the White House. The Coalition also created a resolution calling on local governments to expunge marijuana charges for now-legal conduct. On Dec. 4, Mayor Hancock implemented that resolution with a citywide effort to expunge all low-level marijuana convictions in Denver.

“This is an injustice that needs to be corrected, and we are going to provide a pathway to move on from an era of marijuana prohibition that has impacted the lives of thousands of people,” Hancock said in a statement.

The only thing that made this news slightly less exciting was the fact that Boulder did it first. Just a few days earlier, Boulder County District Attorney Michael Dougherty made a similar announcement, forever proving that we are the most woke people on the Front Range. Dougherty launched “Moving On From Marijuana,” which would expunge pot convictions for actions that would have been lawful after the passage of Amendment 64 in 2012.

The first recreational dispensary opened in Colorado in 2014, so it’s disappointing that it has taken this long for prosecutors and legislators to address such a major issue of legalization. Drug convictions, even for a misdemeanor offense like possession of marijuana, can have devastating consequences when it comes to getting a job, going to school or applying for loans long after the offense was committed. This is especially true for people of color, who are nearly four times more likely to be arrested for possession of marijuana than whites, despite similar rates of use of the drug, according to the American Civil Liberties Union.

The current state law allows people to petition courts to remove low-level offenses including possession from their records, but that process can become expensive, time-consuming and the DA could challenge the case. Also, it’s limited to defendants who apply for relief and only covers cases after 2012. “Moving On From Marijuana” allows individuals with earlier convictions to bring their cases to the attention of the DA’s office.

Those convicted of low-level marijuana crimes in Boulder County are invited to submit an electronic application to have their convictions vacated. If cases are determined to qualify — i.e., that the offense would not lead to a conviction under current law — staff will work to expunge it from the record of the person in question. Ultimately, the goal is that convictions would be sealed automatically without the person petitioning the city or even knowing about it. They’ll start with an arbitrary date of 2008, which could affect 4,000 cases, and move backwards once the program is running.

Boulder’s program kicks off in the Training Room on the second floor of the Boulder Justice Center, with two sessions, on Jan. 10, 2019 from 9-11.a.m and Jan. 15, 2019 from 1-3 p.m. To discuss your case and whether it qualifies, all you need to do is fill out an application form on the District Attorney’s website (www.bouldercounty.org/district-attorney). The office asks that you not call or email as it doesn’t have the resources to respond except electronically. Seriously, they wrote that last part in all caps, so I think they mean business.