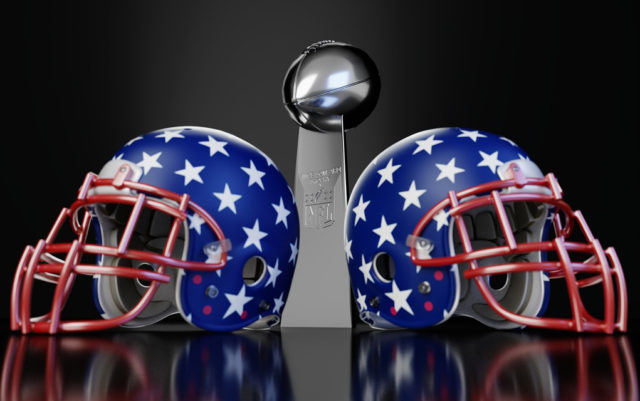 The National Football League (NFL) is finally ready to chill, at least when it comes to cannabis. According to a report from NBC Sports earlier this week, “the NFL is prepared to make major concessions regarding the substance-abuse policy, especially as it relates to marijuana,” in the next collective bargaining agreement (CBA) with players. Sports analysts expect that the NFL will likely use the offer of any revision of the substance abuse policy as a bargaining chip in negotiations and expect concessions from the players union in return.

The details of the concessions aren’t yet known, but a complete abandonment of its archaic cannabis ban is possible. However, the NFL would need to have a procedure in place for players who could still face charges in states where cannabis continues to be illegal.

Under the current policy, players are subject to suspensions following two positive tests. The first positive test puts a player in the NFL’s Stage Two intervention program, which means increased testing for up to 24 months.

Lifting the cannabis ban would be beneficial to players, who could freely turn to marijuana for pain relief instead of getting hooked on opioids.

In a 2016 survey of 226 of the NFL’s nearly 3,000 players on active rosters or practice squads, ESPN found that 61 percent believed that players would take fewer injections of strong anti-inflammatory drugs such as Toradol if they could treat pain legally with marijuana. In another study, ESPN reported that 71 percent of 644 NFL players surveyed misused opioids.

David Irving, the Dallas Cowboys defensive end who is currently serving a suspension, responded to the news on Instagram: “Well once they do that, give me a call,” Irving replied. “Cuz it’s bulls–t how I have Xanax bars n hydros right next to me to take, given to me by the NFL of course. However, we can’t smoke the same weed the staff itself smokes.”

Irving, 25, was suspended indefinitely March 1 for repeated violations of the NFL’s drug policy. He was suspended for the first four games of the 2018 season for testing positive for a substance on the league’s substances of abuse list.

Retired Miami Dolphin Larry Chester is quoted in a CBS4-Miami report as saying that, after retiring from the NFL, he coped with chronic pain by practically “eating opioids,” which he said made him belligerent toward his family and others. What allowed Chester to quit using opioids was a prescription to cannabidiol (CBD), a non-psychoactive cannabis ingredient that helps to alleviate ailments such as pain, inflammation and anxiety, all without inducing a “high.” Chester called the prescription life-saving.

NFL Commissioner Roger Goodell said in January that he and the NFL Players’ Association (NFLPA) have spoken about the league’s cannabis policy but offered no update on the ban:

“[Medical advisers] look at this constantly, they look at the data, they look at the science and they make those recommendations to us on that basis,” Goodell said. “The union and the NFL work very closely on this. Dee (NFLPA executive director DeMaurice Smith) and I spoke about this the last two weeks.”

The current CBA is set to expire in 2021, meaning any changes won’t be immediate. In recent years, many retired and current professional athletes have come out of the cannabis closet, advocating for the accepted use among athletes, entering the space as investors and launching brands of their own.

The NFL should consider taking notes from the National Hockey League (NHL), which routinely tests players for performance-enhancing substances, but tests only a randomly-selected one-third of players for illicit substances like cannabis. If and when the league detects cannabis use, it compiles those cases into a statistical snapshot, which goes to the league’s Performance Enhancing Substances Program Committee without naming any players.

That’s it, no penalties and no suspensions, but a spokesman has been quoted saying the NHL does not “condone” cannabis use.