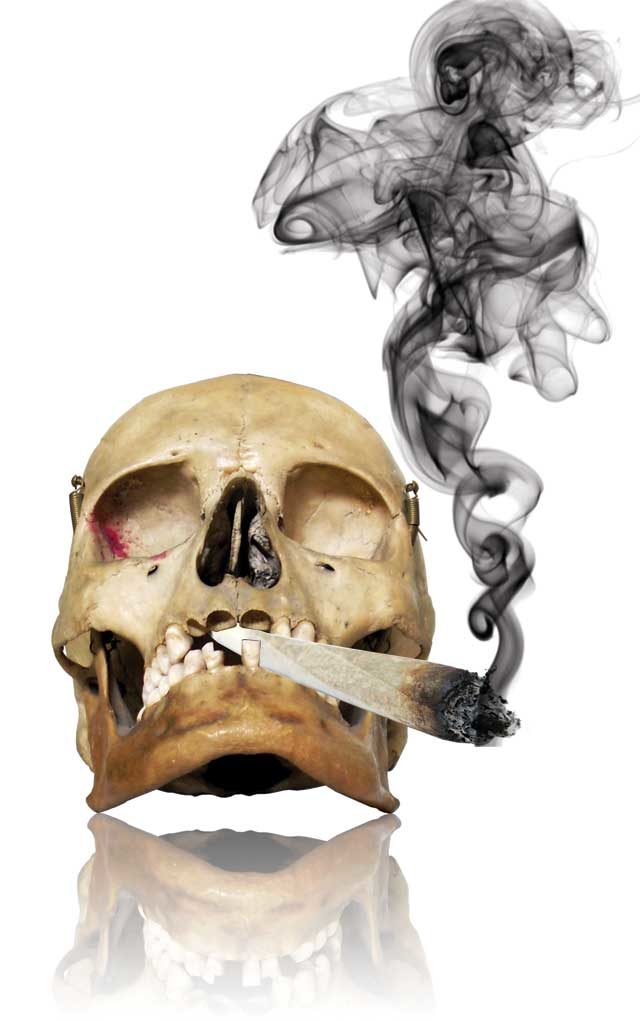 Smoking weed is an older pastime than you might think. That’s according to research published June 12 in Science Advances that analyzed archeological findings from the mountainous Pamir region in Central Asia.

Ten wooden braziers (bowl-like burning vessels) with rocks that had burning traces on them were exhumed from eight tombs in the 2,500-year-old Jirzankal Cemetery.

Scientists led by a team from the Chinese Academy of Sciences extracted organic material from the braziers and some stones and, using a process called gas chromatography–mass spectrometry, found traces of cannabis on the materials. They cross-referenced those findings with ancient cannabis from around the same time, and then tested the outside of the smoking vessels to confirm that cannabis was only burned inside the vessel.

Scientists thus concluded that cannabis plants were burned for various purposes by placing hot stones in the braziers.

The researchers also took note of the kinds of cannabis our ancestors were smoking in the mountains. By looking at CBD and CBN levels — CBN is what THC turns into when exposed to air, light or heat — researchers found the artifacts contained mostly CBN, indicating that the cannabis burned inside them so many millennia ago likely had higher THC levels than wild varieties.

The CBN/THC levels were higher than the ancient cannabis sample the researchers were using as a cross-reference, so they surmised that the community of pot smokers back then may have developed higher-THC strains through selective breeding and domestication of the plant.

But before we paint too rosy a picture, take note of what the researchers also found:

“The preliminary results of the human bone analysis at the Jirzankal Cemetery show perforations in some skulls and signs of fatal cuts and breaks in several bones; the excavators interpret these as signs of human sacrifice. While further research is needed to verify these assumptions, it is possible that a complex set of religious practices occurred at these sites in the first millennium BCE. Other artifacts in the tombs suggest ritual practices — for example, the presence of an angular harp, an important musical instrument in ancient funerals and sacrificial ceremonies. In addition, many of the artifacts from these tombs have clear burn marks on them. We can start to piece together an image of funerary rites that included flames, rhythmic music, and hallucinogenic smoke, all intended to guide people into an altered state of mind.”

At the very least, after referencing these findings with other cannabis-related artifacts from around that time, researchers suggested that the time period between the fifth and first centuries BCE was a time when cannabis consumption migrated from ritualistic use by those in power to more recreational, medicinal and ritualistic use by the common people.