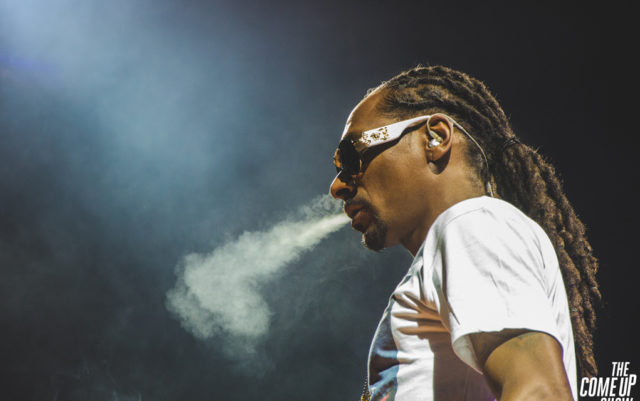 The Come Up Show/Wikimedia Commons

I pay attention to celebrity culture. I can name all the Kardashian sisters, and I have a favorite. I’ve spent hours researching the cultural references behind Beyoncé lyrics and which tech startups she’s investing in. I’m absolutely fascinated by everything Rihanna does, no matter how basic or mundane. I think that’s something most people would be too ashamed to admit or sheepishly refer to as a “guilty pleasure,” but I don’t care. I like paying attention to how all the wealthy, powerful and professionally good-looking people are spending their time.

Whether you admit to caring or not, celebrities play a dominant role in many aspects of our personal lives. With social media, we’re able to connect with them on a level that was previously unavailable to us, which influences everything from our values and priorities to our spending habits. It’s true: scrolling past photos of Rihanna smoking blunts in Hawaii makes me feel like her lifestyle is both a reasonable and attainable life goal. If I could smoke the same weed on the same beach, it would basically feel like I am her. Seriously, I wouldn’t think twice about paying above market value for a strain if it was marketed as Rihanna’s favorite. This is why celeb collaborations are all the rage right now, and the marijuana market is no exception.

Unfortunately, Riri doesn’t have a cannabis brand yet, but plenty of other celebrities are either collaborating with growers to make their own strains or starting marijuana brands of their own:

Snoop was one of the first celebrities to release his own line of actual cannabis products. Leafs by Snoop started as a Canadian enterprise in 2016, but legalization of recreational marijuana drove the company to sell its products in the states. The brand delivers a wide variety of cannabis flowers, edibles and concentrates that are available exclusively for purchase at LivWell dispensaries and retail locations in Colorado.

Tommy Chong is one of the most notorious stoners in the world. He’s had a big impact on cannabis culture and has spent the past several decades using his platform to advocate for marijuana reform. So naturally, when states started to legalize medical and recreational weed, he was one of the first to launch his own line of products called Chong’s Choice, which includes pre-rolled joints, flower, cannabis oil and THC strips.

Like his idol and longtime mentor Snoop, Wiz Khalifa was quick to get involved in the marijuana industry once more states started to legalize. His Khalifa Kush brand includes a hybrid strain grown specifically for the rapper, pre-rolled joints, rolling papers and pot accessories.

Legendary country singer Willie Nelson was notorious for sharing his stash of pot with friends and followers while performing around the country back in the day. And at 85 years old, he continues to share, except now he does it legally with better weed than he smoked in the ’70s. Willie’s Reserve consists of strains grown personally by Nelson and his crew. It includes flower and pre-rolled joints, hard candy edibles, chocolates and smoking accessories.

Obviously, Bob Marley is the real OG. The plant was very important to the late reggae icon and influenced a lot of his music. Thanks to his family, fans can share his passion by indulging in Marley Natural, a line of smokeable and edible marijuana products, hemp seed-infused body products and accessories.

After a decade-long tolerance break from cannabis, Ghostface Killah, a member of the Wu-Tang Clan, has returned to the cannabis scene. He teamed up with vape pen maker Dr. Zodiak’s Dynamite Stix to develop his own line of hash oil cartridges called WuGoo. Why is he picking up pens over blunts? As Ghostface points out in a hilarious infomercial on his site, “You can hit this anywhere, wherever the fuck you wanna hit it. You can hit it in front of your moms, man. She not gonna smell it.”