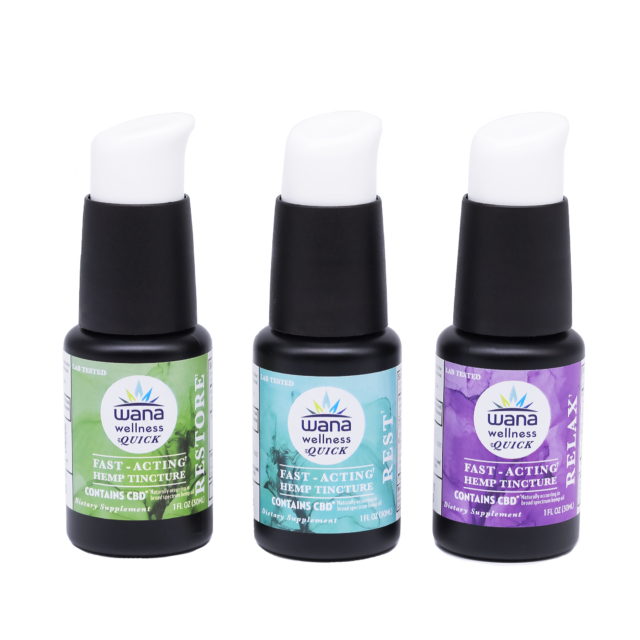 The cannabis market is saturated with edibles: chocolate bars, tinctures, brownies, butter, cookies, tablets, dissolvable powders, gummies, lollipops — any and every conceivable confection. Walking into a dispensary these days can feel a little like walking into a candy store.

But the problem I run into with edibles is always the same: they work slow. More often than not, I eat one, go about my business, get lost in my day, carried away by tasks and chores and then — WHAM — an hour or more later and I’m high as a kite. Sometimes, edibles don’t peak in the blood for up to four hours. It can be a surprising high. It can catch you off guard and under unideal circumstances.

That slow absorption rate is an unfortunate feature of most edibles, and a big reason why many people (myself included) tend to lean away from them. Even though they’re better for your lungs than smoking or vaping, and even though they’re easier to dose with real accuracy — there’s simply nothing immediate about them.

Now, thanks to science, that’s starting to change. Based in Louisville, Quicksilver Scientific, a professional dietary supplement company that develops advanced new systems of nutrient, vitamin and medicinal delivery, has developed technology that puts the “fast” in fast-acting edible products, like Wana’s new CBD, and forthcoming THC tinctures.

Quicksilver’s founder and CEO, Dr. Christopher Shade, explains that the company’s goal was to create higher and more rapid bioavailability in medicinal cannabis products that doctors are trying to use. Translation: higher and faster absorption rates in the body.

How did Quicksilver Scientific achieve that? By breaking things down to a molecular level, according to Shade.

“When you take cannabinoids in oil form, they have to combine with the bile that’s formed in your liver and then they’re dumped into your small intestine that emulsifies the oil, and then you absorb those emulsified droplets,” Shade says. That’s why it generally takes so long for an edible to kick in: its got low and slow bioavailability.

However, nano-emulsion represents a way around that. It pre-emulsifies the CBD and THC oils so that they’re five times more bioavailable and therefore peaks in the blood five times faster. When you ingest it, it’s already prepared to absorb across your mucus membranes — across the lining of your mouth, under your tongue and through your cheek, or into the upper GI tract — and into your capillaries.

“It’s essentially taking one of the natural processes that happens during digestion — the assimilation of these compounds — and sort of pre-digesting it and making it much more efficient,” Shade says. “These [THC products] will peak in the blood between 20 and 30 minutes after you take them.”

Quicksilver Scientific is licensing this nano-emusion technology to any cannabis company that wants to use it in their products. So far, it haws teamed up with cannabis partners in California, Canada and those right here in Colorado, like Wana.

“We provide them the equipment and the chemistry and the expertise and oversee how they make their products,” Shade says.

Wana uses Quicksilver’s nano-emulsion technology in its CBD tinctures and they’ll soon be releasing a THC version that uses it as well. These rapid onset tinctures were developed to produce specific effects for users, like “restore,” “rest,” and “relax.”

Fast acting tinctures like these, make it easier for users to control their high, too. Instead of passing through your lungs, THC passes through your liver when you ingest it, so edible highs tend to be more intense than those you get from smoking — and they last a lot longer. It can be very uncomfortable if you “over-dose” yourself. So, starting with a single dropper of fast acting CBD or THC tincture, it’s much easier to gauge how high you are and control how much higher you want get.

The days of slow-acting cannabis products edibles might soon be behind us. As companies like Quicksilver Scientific refine and perfect cannabis delivery systems like nano-emulsion and more producers like Wana adopt their technology, the medicinal and recreational value of marijuana will only continue to grow.

And edible products will continue to speed up.