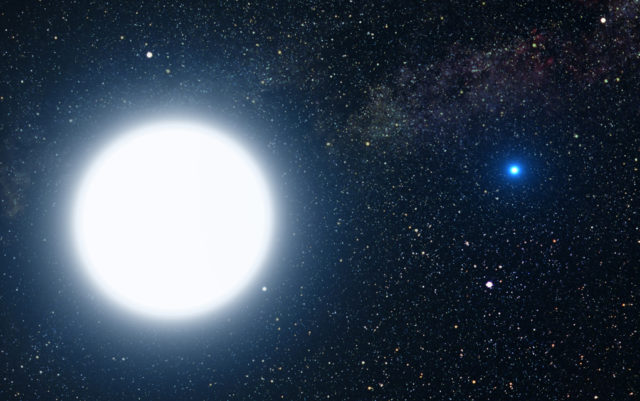 This August, astrological wonders abound. With Perseid’s meteors whizzing overhead, Mercury in retrograde, a partial lunar eclipse behind us and a full solar eclipse yet to come, the sky is calling. It’s drawing us out of our routines, pulling “oohs” and “aahs” from our lips and bringing us into something like ritual as hundreds of thousands of people hop in their cars and lock up the highways on a pilgrimage to the path of totality.

Perhaps it’s Annie Dillard who offers the best (and simplest) words to explain the compelling sense of wonder the sky can inspire, specifically a total solar eclipse, in her essay, “Total Eclipse,”  offering several nuggets of poetic wisdom:

“Seeing this black body was like seeing a mushroom cloud. The heart screeched. The meaning of the sight overwhelmed its fascination. It obliterated meaning itself … you find what our sciences cannot name or locate, the substrate, the ocean or matrix or ether which buoys the rest, which gives goodness its power for good, and evil.”

Or, more simply, “the sun was going and the world was wrong.”

A total solar eclipse is a remarkable reminder that the world is different than how we understand it, bringing a forced return to the Platonic truth that all we can know is that we know nothing. And, as the moon covers the sun and transient darkness falls, we are transported to a different reality, a moment as passing as the rest but somehow and obviously eternal.

As our world is transformed, so are our thoughts and we become painfully and viscerally aware that the universe is full of wonder more than anything else. And yet, spectacular as such phenomena are, they are but one of innumerable astrological events that would blow our minds wide open day after day after day.

On August 21, at the moment when the moon covers the sun, the stars will be revealed. If you let your eyes rove to meet them, you will see, among others, the luminous Dog Star (“sirius” in Latin) twinkling in the southwest sky. Also known as Sirius A, it is just 8.6 light years away from our sun, making it the closest star to the Earth and the brightest in its sky.

For the last 70 days, Sirius A has been hidden from sight as its orbit coincided with the Sun’s — an annual concurrence that ancient societies around the world, namely the Egyptians and other African peoples, interwove with their lives both agriculturally and spiritually.

Setting in the spring and rising at the end of the “dog days of summer,” the rise and fall of Sirius A marked the coming and going of the growing season. Its heliacal rise in the autumn was also seen as a moment of death, rebirth and resurrection, imbuing human spirit with the wisdom that links the lowly to the lofty — a lifecycle of a single seed to all of the heavens.

For the Dogons of Mali, West Africa, Sirius holds the origins of the universe, but not in the bright star seen with our naked eye, rather in its invisible and adjacent white dwarf star, Sirius B.

The Dogon possess specific knowledge of that star they call Po Tolo. They know it is dense, that it rotates on its own axis and can map its elliptical orbit, which they’ve been able to do for hundreds, if not thousands of years. They know because thousands of years ago the Nommos, beings from Sirius B, told them so. Ever since, generations of Dogon have lived to protect and pass on this knowledge.

Invisible to the naked eye, modern science did not confirm the existence of Sirius B until 1970, although they had suspected its presence for about a century. The intense luminosity of its neighbor, Sirius A, makes it exceedingly difficult to spot Sirius B, but in the last 50 years of observation bolstered with modern technology, all of the Dogons’ astrological knowledge of the star has been confirmed.

A goddess among the Nommos also brought a botanical gift to the people of Earth — cannabis. This, its Latin name, is an homage to this origin story, as the word translates to “the two dog plant.” As dog is man’s companion in this world, so too does dog accompany a Dogon to the afterlife, and, as such, cannabis is said to be man’s access to universal wisdom.

There is speculation that cannabis is indeed otherworldly. With no genetic precursors, it seems to suddenly and randomly appear in the fossil record about 12,000 years ago. It is the only plant in existence that displays its gender physically. There is no near-genetic relatives to the plant — the closest being the strawberry; delicious, yes, but considerably less potent.

Of course, science is unlikely to posit, entertain or investigate such speculations. But, in legend “you find what our science cannot name or locate.” For time immemorial ancient cultures and civilizations all around the world have told stories about the star origin of specific plants, including cannabis, that link us to a supernatural wisdom.

Just as the total eclipse of the sun, these psychedelic star plants are likewise capable of returning our minds to a place beyond science and rational habit. Still rooted in notions of an ordered existence, it reveals our place in a universe that is much bigger than our comprehension — one in which the movements of the heavens can still surprise us, bring us to our knees in awe and reaffirm not our knowledge, but our connection with the rhythm of the universe.