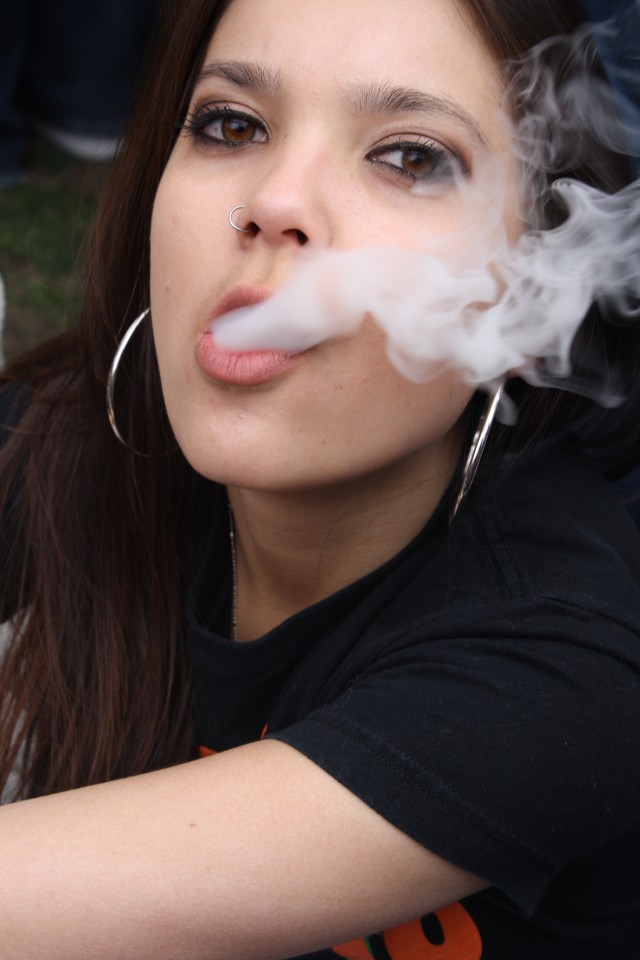 I don’t put a lot of faith in surveys, studies or polls, especially on hot-button issues like cannabis, when they are used by advocates or prohibitionists to bolster or attack one point of view or another. I’d like to be able to say, as some are these days, that because crime is down in Colorado in the five months since cannabis went on sale, that legalization is lowering crime. But nothing is that simple.

But a survey caught my eye this week. The national Youth Risk Behavior Survey (YRBS), managed by the national Centers for Disease Control, analyzes health-risk behaviors of youth and adults every two years and though not inclusive, assembles data given by students themselves about their habits and concerns.

The reason I perked up is because this one isn’t done in the interests of either side of the cannabis debate. The questions are designed to find out more about high schoolers, from whether they carry weapons to the amount of fruit juice they drink and how much they work out. This year’s test added questions about the use of hallucinogenic drugs, HIV testing, sunscreen and number of hours of sleep on an average school night among its 86 inquiries.

How many times have I heard prohibitionists talk about how legalization is guaranteed to make it easier for high schoolers and teens to obtain cannabis? It’s become like a mantra by now and a standard operating talking point for groups like Smart Approaches to Marijuana (SAM) that oppose legalization.

The results, which date back to 1991, show encouraging trends in the decline of use of tobacco and alcohol among high schoolers since the highs of the 1990s. What caught my eye was that the data indicate that cannabis use between 2011 and 2013 around the country remained pretty static, and that at 23.4 percent, it’s about 3 percent below the peak year (1999), when 27 percent of high schoolers said they had used cannabis in the last month.

These are hardly definitive data, and Colorado was among a few states whose numbers for 2011-13 weren’t available for this survey. But between 2009-2011, a time of great growth in medical cannabis around Colorado, use among high schoolers declined by 3 percent.

This echoes another study published last year in the Journal of Adolescent Health which compared numbers from the YRBS database about high school cannabis use in states that have legalized medical marijuana with neighboring states that haven’t. Its conclusion is simple and definitive: There has been no statistically significant year-to-year change in high school cannabis use rates since 2010.

“This study did not find increases in adolescent marijuana use related to legalization of medical marijuana,” the study’s authors concluded. “There were no statistically significant differences in marijuana use before and after policy change for any state pairing.” Doesn’t get much more clear than that.

What’s disgraceful is that almost a quarter of youth were using cannabis over the years dating at least back to 1991, despite the efforts of the federal government to stop it. What I derive from these studies and data is that, despite prohibitionist fears, legalization is finally offering us the chance to control the distribution of cannabis.

Prohibitionists, of course, often use federal government and DEA statistics to prove whatever point they want to make. That’s not such a good idea, either. Another new study, this one from the Drug Policy Alliance and the Multidisciplinary Association for Psychedelic Studies, looks at the history of the DEA and offers insights into some of the reasons why prohibition has been such an utter failure.

The title kind of says it all: “The DEA: Four Decades of Impeding And Rejecting Science.” What the researchers found is that the DEA, which turns 41 years old on July 1, was given a mandate to use only rigorous science to create and administer drug policy. Yet the agency has routinely shunned its own studies, advisors and recommendations all the way back to Richard Nixon, who ignored a study mandated by the Controlled Substances Act that called for legalizing cannabis, and instead made it a Schedule I drug.

The agency has systematically slowed attempts to reschedule cannabis. “The DEA took 16 years to issue a final decision rejecting the first marijuana rescheduling petition, five years for the second, and nine years for the third,” the authors write. “In two of the three cases, it took multiple lawsuits to force the agency to act.”

While maintaining that there are no legitimate medical uses for cannabis, the DEA also controls the cannabis that can be used for testing that might show or prove otherwise, thereby keeping responsible science away from the process and stonewalling any effort to reschedule cannabis for medical purposes.

The agency has been funded no matter who is president or which party controls Congress. One hopes that the recent vote in the House of Representatives that would stop the DEA from raiding or otherwise interfering in states which have legalized medical cannabis, would be at least a warning shot that even Congress is beginning to pay attention to its misdeeds and failures.

Meanwhile, there are encouraging signs that teenage use of cannabis is holding steady or going down. Legalization is finally giving us a chance to keep it that way.