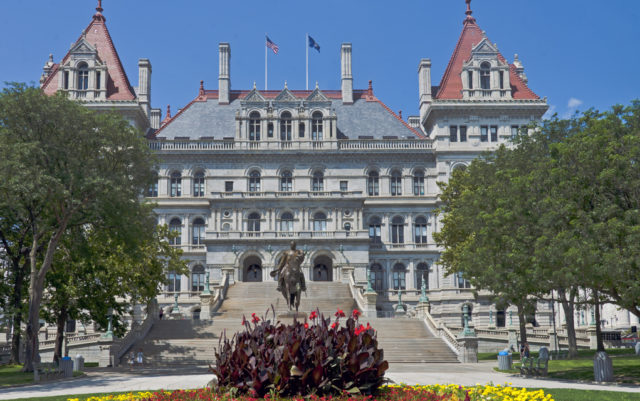 The national tide on marijuana legalization is turning, surely, and one of the first steps change-wary states make is to decriminalize use and possession of the plant.

New York is the latest to decriminalize marijuana use, with Governor Andrew Cuomo signing a bill on July 29 that reduces the penalty of unlawful possession of marijuana from criminal penalties to merely a fine. It also creates a process for people with previous marijuana possession convictions to have their records expunged.

The move was made with an eye toward rectifying social and racial injustices drug policy has created in the state.

“Communities of color have been disproportionately impacted by laws governing marijuana for far too long, and today we are ending this injustice once and for all,” Cuomo said in a statement announcing the bill signing. “By providing individuals who have suffered the consequences of an unfair marijuana conviction with a path to have their records expunged and by reducing draconian penalties, we are taking a critical step forward in addressing a broken and discriminatory criminal justice process.”

But there are critics of simply decriminalizing marijuana. Melissa Moore, deputy state director for Drug Policy Alliance New York, says the bill doesn’t go far enough to protect those most impacted by previous drug policy in the state.

“The inability of the state legislature and Governor Cuomo to pass comprehensive marijuana legalization this legislative session means that Black and Latinx individuals remain disproportionately in the crosshairs of harmful marijuana enforcement,” Moore said in a statement. “Decriminalization alone is not enough to deal with the full impact of marijuana prohibition and just gives law enforcement discretion. Actually addressing the legacy of harm from prohibition and targeted enforcement by comprehensively legalizing and reinvesting in communities is what policymakers need to deliver on. While it is disappointing that our leaders have once again failed to prioritize racial justice in New York, we will continue to fight on behalf of comprehensive reforms.”

Moore goes on to say the measure will provide “relief” for the 900,000 low-level marijuana arrests made in New York over the last two decades, but that “wide-ranging instances of marijuana possession will remain a legal violation, allowing law enforcement the discretion to continue making arrests.”

There are others who agree the bill doesn’t go far enough, but are framing it as one small step in the process toward a policy that works for everyone.

“This law is an important step in righting decades of injustice caused by the state’s current drug laws,” New York Assembly Speaker Carl Heastie said in a statement. “By removing the barriers and stigma that come with these records, we clear the path for many New Yorkers to find a job, housing and go on to live successful and productive lives.”