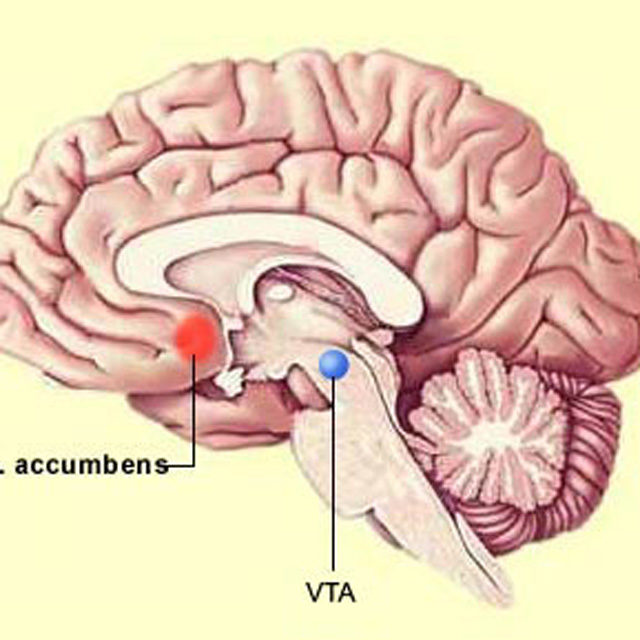 Some recent research out of Ontario, Canada, may have sussed out why marijuana produces such a pleasant experience for some while creating negative sensations for others.

A team from Western University, led by neuroscientist Steven Laviolette and post-doctoral fellow Christopher Norris from the Schulich School of Medicine and Dentistry, mapped how different regions of the brain produce vastly different responses to marijuana. Their research was published in Scientific Reports (an online open access journal from the publishers of the renowned journal Nature) on July 5.

For some folks, pot produces feelings of euphoria — a highly rewarding feeling that may lead to dependence — but for others, marijuana use leads to paranoia, cognitive problems or even an increased risk for developing schizophrenia.

The blog Neuroscientifically Challenged breaks it down well:

But Laviolette’s team saw that in some people’s brains, THC had an effect on a different part of the nucleus accumbens (the posterior part of it), producing highly adverse effects, “including schizophrenia-related cognitive and emotional symptoms and nerve cell activity similar to individuals with the psychiatric disorder,” according to the The London Free Press.

So someone’s response to pot, according to this research, depends on what specific area of their nucleus accumbens is more sensitive to THC.

“Until now, it was unknown which specific regions of the brain were responsible for these highly divergent effects of marijuana,” Laviolette told the website Medical Xpress.

Researchers also found that THC in this region of the brain amplified the addictive properties of drugs like morphine and increased reward-related activity patterns in the neurons — which could explain why some folks develop a psychological dependence on pot, despite any research indicating marijuana can produce physical dependence.

“Our data indicates that because the reward and aversion are produced by anatomically distinct areas, the different effects between individuals is likely due to genetic variation leading to differential sensitivity of each area,” post-doctoral fellow Norris told The London Free Press.

A lot of the research conducted in Laviolette’s laboratory has centered on identifying the way cannabis-derived chemicals could treat specific mental health disorders including schizophrenia, addiction, depression and anxiety. Ontario-based CanaQuest Medical Corp recently filed two provisional patents that stem from research done in Laviolette’s lab. These patents cover a formulation using THC and a botanical extract to treat various psychiatric disorders, while eliminating negative side effects associated with THC (read: it won’t get you high).