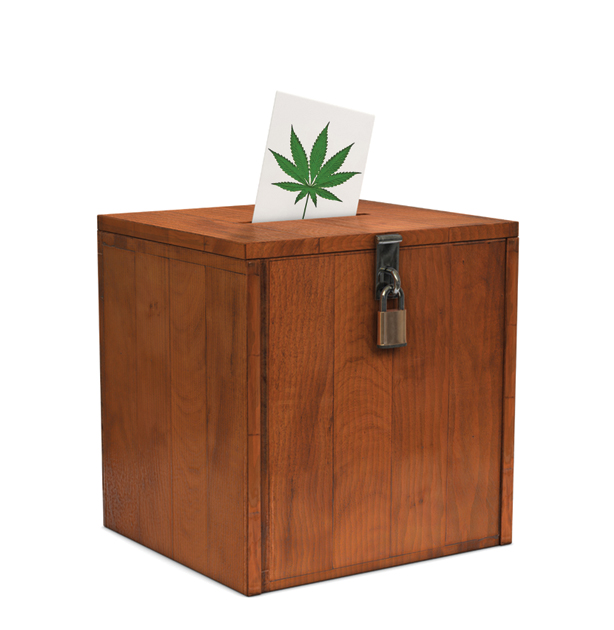 It’s an off-off election year, but cannabis initiatives continued to find broad voter support on Nov. 5, as large majorities passed every cannabis measure put forth across the nation.

I’m no fan of polls (well, unless Nate Silver is involved), but recent ones show growing support at or above 60 percent of the electorate for medical marijuana research and use, decriminalization or legalization. Results on various cannabis initiatives this month suggest that number is about right or even perhaps a little low.

In Littleton, voters were asked whether they wanted to add a 3 percent sales tax to retail cannabis sales, and 64 percent said yes. More than 68 percent of Denver voters OKed a 3.5 percent sales tax on retail sales. Each of these ballot issues exceeded the percentage vote for Amendment 64 last year, which suggests that more people than ever want to see cannabis legal, and they’re willing to pay (or make consumers pay) a premium to make it happen.

Dissenters argue that high taxes are unfair and will dissuade people from coming out of the black market and into retail stores. But there is no precedent here; this is one of those areas where we’re entering uncharted territory. All we know is that voters have spoken, and we will find out soon enough whether convenience at a higher price will lure consumers into stores and out of the illegal marketplace.

On another level, the Colorado votes are significant for future legalization efforts around the country. There are a lot of guesstimates out there about the size of the cannabis market. But if the revenue supports the intended goal of putting $40 million each year toward school construction (not that much is expected in 2014, according to state estimates) and covers the costs of regulation, it will send a message to voters elsewhere that legalization can and will work.

Elsewhere, more than two-thirds of voters in Portland, the largest city in Maine, approved a measure that would eliminate local penalties for possession of up to two-and-a-half ounces of cannabis by anyone over 21.

Cannabis hasn’t been much of a priority in Portland, a city of 66,000, or in Maine, for that matter. Between June 2011 and June 2012 Portland police arrested 68 people for cannabis violations. Under state law, possession of less than two and a half ounces is a civil violation punishable by a fine that cannot exceed $1,000.

And though the state Senate has opposed sending a legalization amendment to voters, and Patrick Kennedy’s anti-marijuana organization, Project SAM, is organizing the fight against it, supporters in Maine see this as a positive step that could lead to a statewide legalization effort next year.

Voters in three Michigan cities passed measures that removed criminal and civil penalties for personal possession of up to one ounce of marijuana for adults. In Lansing (population 113,000), the state capital, voters approved a measure that would prohibit the city from regulating possession or use on private property of an ounce or less.

In Ferndale, a north Detroit suburb of 20,000 people, almost all elected leaders, school officials and police opposed a similar proposal in an often vitriolic campaign that included police arresting Andrew Cissell, a medical marijuana caregiver and the measure’s figurehead, for having too many plants. Despite the organized, bullying style of the opposition, almost 70 percent of voters told city leaders to approve the decriminalization measure anyway. And 61 percent of voters in Jackson (population 33,000) voted to decriminalize possession of an ounce or less.

Miami Beach citizens voted 64 percent to 36 percent to approve medical marijuana there, the first city in Florida to do so. The non-binding vote asks the city to seek state approval to allow medical marijuana stores in Miami Beach. The high percentage of voter approval is encouraging news to People United for Medical Marijuana, a group looking to put a constitutional amendment for medical access on the Florida ballot in 2014.

There are many reasons why cannabis legalization/decriminalization, especially for medical purposes, continues to find voter support. Citizens are finding out, as Dr. Sanjay Gupta did while researching a recent CNN documentary, that the War on Drugs is a sham, a shining example of government overreach and wasteful spending. And more young people, already savvy to government bullshit and with none of the baby-boomer prohibition baggage, are beginning to talk with their votes. The momentum is gathering with each election cycle.