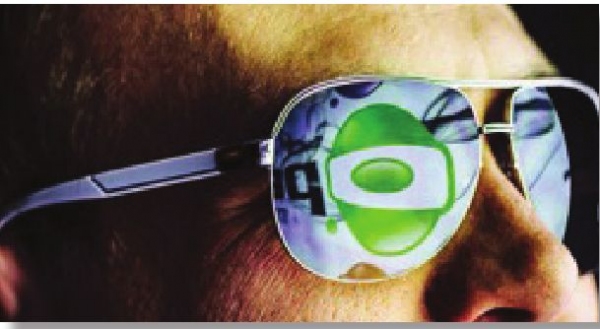 There were a lot of national news stories about the long lines of people standing outside the world´s first adult retail cannabis shops in Colorado. It wasn´t really that difficult to decipher — there were only a small number of shops open on a historic day whipped up by a frenzied media. But national news has little time for nuance, so the stories all blended together as one long narrative of long lines and high prices.

The lines also indicated something else, something that I think is much more telling: Thousands of people who had bought cannabis on the black market were finally willing to stand in public, where anyone can see them, and in essence, declare themselves as cannabis users. For millions of Americans, it´s been a long time in the dark.

I waited about 40 minutes in line that day. Later I joined a press tour in Denver. During the opening remarks, Todd Mitchem of O.Pen Vape, a maker of pen/stylus vaporizers that co-sponsored the event, said that he was “tired of living in the darkness” and “wanted to live in the light.”

That stuck with me. By merely standing in line and participating in “opening day,” each one of us was letting the world know that we are cannabis users. It made me pretty damned good. And pretty damned proud.

Mitchem, who joined O.Pen Vape several months ago after years in the corporate world, says he´s tired of living behind a facade. “Like a lot of people, I have personally spent my adult life hiding from the use of cannabis, that I use it and enjoy it. How do I hide this from my parents? How do I only let certain friends know? How do I keep away from drug testing? There are a lot of mechanics in trying to hide something that´s not harmful to me,” he said.

“I look back on my career. Never have I been hindered by cannabis use, but the stigmatization has made me hide in the closet in the dark. Now with recreational being legalized, anyone can come into the light and out of that darkness. Usage doesn’t put you in a risky place, but couple that with hiding in an alley? Now it´s dangerous.”

I certainly feel that frustration. We aren´t talking about using cannabis in public — that´s still against the law — but I think we will need to have a conversation in Colorado about other options for people to use a legal product besides in their own homes, and the sooner the better. It still feels like the state considers what hundreds of thousands of citizens (and lots of tourists) will be doing legal but also still slightly criminal and tawdry. And that attitude feeds directly into the stigmatization of the majority of cannabis users, none of whom are psychotic or derelict or any of the other ridiculous nonsense I’ve read and heard about cannabis since it became legal in Colorado and Washington.

Over the last few months, I´ve gotten to talk with a lot of people in the industry. Like Mitchem, like the people who were standing in line on New Year´s Day, they´re family people, Broncos fans, neighbors and friends of all ages. “We keep stigmatizing those people,” Mitchem says. “People who work in dispensaries and grow facilities have had to hide for so long. There are people building great companies, being paid a phenomenal wage. But they can´t talk about it.”

Coming out is not made any easier in Colorado because, despite legalization, businesses can use urine testing to eliminate a percentage of possible employees simply because of cannabis use. “This is insane when a random drug test can end a career, all for something they´ve used for many years,” Mitchem says. “How many times have we seen people use prescription drugs on the job?”

I´m lucky enough never to have had to succumb to the ignominy of a piss test, but I know people who have, good people, some of whom lost their jobs or were refused positions because of it. But just the prospect makes the idea of coming out much less attractive for many people. (And how foolish are companies that spend serious money on expensive drug testing that still doesn´t stop their employees from using cannabis?)

Mitchem says he´s looking forward to the debate. “I´m happy to go to an HR conference to change the dialogue,” he says. “There are other drugs that actually do make people impaired on the job. And we have to start talking about it. Ask better questions. How many business people, celebrities, athletes are there who, by the way, would rather use cannabis than take some horrible pharmaceutical?”

“For the tone to change on a global scale, more people in the mainstream need to step out of the dark and show people what this is really about,” Mitchem says.