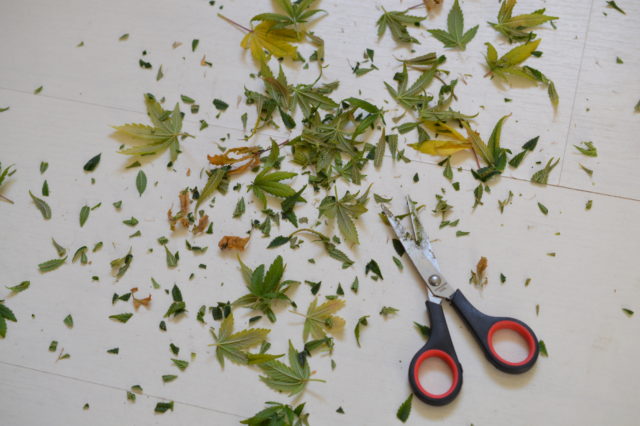 I think most women would agree that this has been a difficult but necessary year for the ongoing debate around consent and toxic male behavior. Like, I’m glad we’re all finally talking about it because that’s the first step toward changing the power dynamics and our culture that facilitates them. But as a sexual assault survivor, it’s been exhausting to be constantly exposed to the stories and the barbaric ignorance around them.

If the Kavanaugh hearing didn’t emotionally wreck you enough last week, Trump, who has been accused of sexual assault himself and has never left middle school mentally, impersonated Christine Blasey Ford at a Mississippi campaign rally. He then went on to say that “a man’s life is in tatters. A man’s life is shattered.”

It feels so strange to live in a time where the POTUS openly mocks a sexual assault survivor, or anyone for that matter, at the encouragement of his supporters. Trump clearly doesn’t understand that a woman’s life (Ford’s) has been privately “in tatters” for years due to the trauma caused by Kavanaugh, as is the case with most victims of sexual assault.

Most people associate post-traumatic stress disorder (PTSD) with U.S. combat veterans, which makes sense because we’re seeing epidemic levels of drug abuse and suicide among veterans since the start of the wars in Afghanistan and Iraq. But did you know that the majority of people who suffer from PTSD are not veterans?

According to the National Center for PTSD, women are more likely to be diagnosed than men. This is because sexual assault is one of the most traumatizing things that can happen to a person and it’s a common experience among women. Reports indicate that nearly one-third of sexual assault survivors will experience PTSD in their lifetime. Considering that conservative estimates show one in six women and one in 33 men will experience sexual assault, it becomes clear that we need to expand the conversation (and research) to include them.

I have PTSD as a result of the sexual abuse I experienced throughout my childhood. In addition to the psychological issues I have to manage, I also deal with the trauma stored in my body. The physical manifestations of PTSD are rarely discussed, but many autoimmune disorders can be traced back to childhood trauma. I was 23 when I was diagnosed with rheumatoid arthritis, a chronic inflammation disorder that typically affects older adults.

I’ve been on and off prescription drugs and self-medicated in many different ways over the years, but cannabis has by far been the healthiest and most effective substance I’ve used to alleviate my symptoms. I was on edge, hyper vigilant, paranoid and going through bouts of insomnia caused by nightmares all throughout my teens and early 20s. When I moved to Boulder in 2012 and could finally access medical-grade cannabis, it was a game-changer. I thought I was just smoking it for fun, but those were some of the first times I was able to actually sleep through the night that didn’t involve chasing Xanax with liquor.

After years of smoking almost every day, I rarely dream at all anymore and that benefits me greatly. Sometimes I get triggered by certain places and situations that give me an unshakeable paranoia that I’m about to be assaulted. Smoking cannabis is the fastest way for me to calm down and avoid sending my body into flight or fight mode. There are other drugs I can take, but nothing provides me with such instant relief. My triggers and flashbacks have decreased in severity and frequency since cannabis has become part of my lifestyle.

A lot of people have stories like mine, but because of the legal issues around the plant, there’s little hard evidence on cannabis as a treatment for PTSD experienced by sexual assault survivors. Groups like Survivors for Cannabis (@survivorsforcannabis on Instagram) create a space for survivors of sexual trauma who choose cannabis as treatment, as well as advocate for research and work to remove the many layers of stigma around cannabis, mental illness, sexual violence and survival.

In today’s political climate where known predators are allowed to hold the highest offices in this country, our voice as a community is as critical as ever. Don’t be afraid to spark up and speak up.