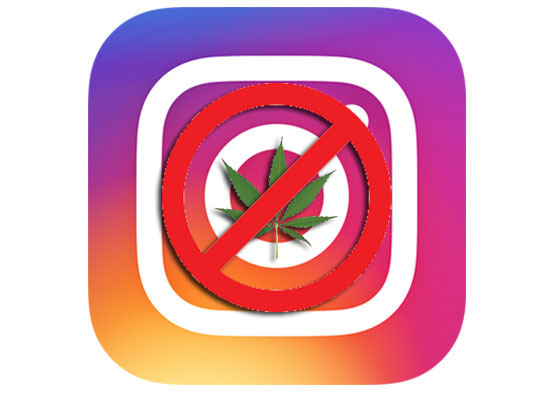 In the past week, more than 12,500 people (as of Sept. 4) have signed a petition urging the popular social media app Instagram to update its terms of service to allow cannabis accounts to post content without censorship. The campaign has been led by Bess Byers, a cannabis influencer who had her instagram account, @imcannabess, disabled twice in the past month.

Byers is not alone. Dozens of cannabis brands are now saying that Instagram targets their content and deactivates their accounts without warning. Earlier this summer, cannabis-related companies, regulators and trade groups around the world reported that they were being “shadow banned,” which means their posts on an online social community such as Facebook, Twitter or Instagram became invisible to users searching for them.

Currently, Instagram does not allow accounts to promote the purchase or sale of illegal or prescription drugs, even if those drugs are regulated by the state. It does allow cannabis businesses and related entities to maintain pages, as long as they don’t violate the platform’s community standards. And even though Byers’ account, with over 90,000 followers, is up and running again, her campaign to change those standards has just begun.

1) Update its terms of use to reflect changing cannabis laws.

3) Allow cannabis-related pages to promote posts and be verified.

I’ve seen hundreds of accounts sharing the now-viral petition, and it’s cool to see this community rally together around a cause, but at the same time, it sort of makes me cringe.

As a content creator, I get it. Maintaining a presence on social media is an important part of my job, and I would be upset if I lost my platform without notice. However, this is where the petition started to lose me.

“It seems the only place legalization is not happening, is on Instagram. Today, legal cannabis producers, processors, retailers, ancillary businesses, advocates and influencers are all targeted by Instagram’s Terms of Service,”  writes Byers.

Then she goes on to give some numbers:

“The legal cannabis industry employs an estimated 165,000 people in the United States and Washington alone has generated $686 million in excise tax revenue since i502’s implementation. We aren’t a community of criminals.”

OK, I’m sorry, but absolutely not. Cannabis only became a billion-dollar industry where cute hipster girls like myself and Byers could be celebrated online for posing with giant bags of weed in the past few years, so I think we need to take a step back and check our privilege.

First of all, “it seems the only place legalization is not happening, is on Instagram,” is the whitest thing I’ve heard all year. Did you know that according to FBI data, in 2016, more people were arrested for weed than for murder, rape, aggravated assault and robbery — combined? Cannabis possession remains one of the single-largest arrest categories in the United States: more than one in 20 arrests involved a cannabis possession charge, amounting to more than one cannabis possession arrest every minute. So technically, we are a community of criminals.

However, it’s definitely not white people on Instagram who are being targeted. According to a 2016 report by the Colorado Department of Public Safety: “The decrease in the number of marijuana arrests by race is the greatest for White arrestees (51 percent) compared to Hispanics (33 percent) and African Americans (25 percent). The marijuana arrest rate for Whites and Hispanics is comparable, but the marijuana arrest rate for African Americans is almost three times that of Whites (348/100,000 for Blacks and 123/100,000 for Whites).”

Legalization did a lot of things, but one thing it didn’t do is address the racial disparities within the cannabis industry. Only 10 percent of cannabis business owners/founders identify as black or Hispanic. So the communities that have been the most devastated by the war on drugs are the least likely to profit, and that doesn’t seem to be a priority for the people at the center of this lucrative industry.

I don’t want to be negative because I know we can care about more than one thing at a time. It’s just disheartening to see so many people passionate about a petition concerning cannabis accounts on Instagram as opposed to a petition for the thousands of federal prisoners who are still incarcerated over the same plant.

However, criticizing is easy, but creating a movement is hard work. I would love to see, plan and be a part of a campaign where the white cannabis influencers of Instagram show up for the true victims of cannabis policy.

Instagram did not respond to initial request for comments.