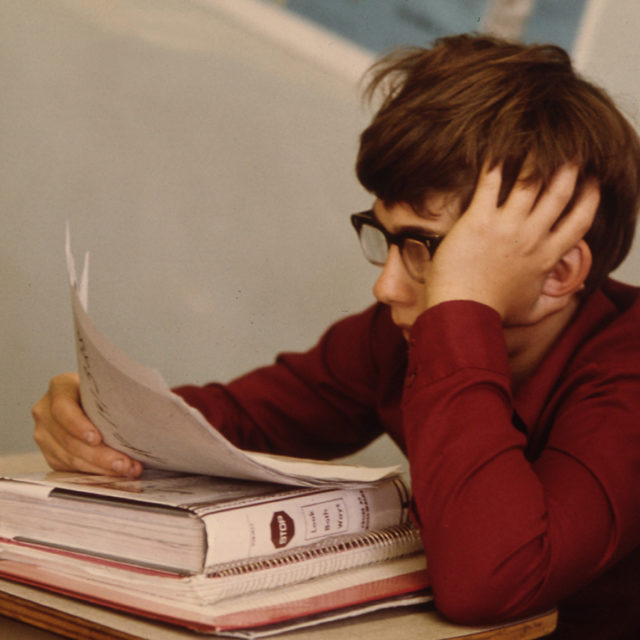 From a culture standpoint, there is a bit of a mixed message about whether marijuana is OK or not for youth,” says Odette Edbrook, director of health and culture for Boulder Valley School District. “That is probably the biggest challenge educators face with marijuana — delivering the message that there are associated health risks for youth, especially when it can feel to them like the bigger culture is saying marijuana use is not a big deal, as they see their parents or other adults use it recreationally and medically.”

In the midst of legalization, teachers and administrators across the state and country are facing a new problem of how to best approach youth marijuana prevention as attitudes about adult use relax. While marijuana can be OK or even beneficial for adults, it can have seriously detrimental impacts on youth, physiologically, mentally and legally.

Students, parents and educators are all coming forward with questions about these nuances and the schools are being asked to navigate uncharted waters.

The drug prevention curriculum that has been used for decades is ineffective, if not irrelevant, in a post prohibition environment. Because it originates at the federal level, where marijuana is listed as an illegal drug, cannabis is grouped in with other Schedule 1 drugs like cocaine, heroin and ecstasy and all are broadly discouraged. And, despite being proven an ineffective approach, abstinence is often the only tactic offered to students.

“The problem with that approach is that it demonizes something that is legal,” says Sarah Grippa, co-founder of the Marijuana Education Initiative (MEI). “A lot of these students have parents who use marijuana, recreationally or medically, and, because of Jack’s Law (which allows use of medicinal marijuana in schools), some students are using marijuana, too. We really don’t want to alienate anyone, but it is really important to get the right information out there.”

A teacher herself, Grippa thought it important to meet the thoughtful questions she was getting from students and parents with thoughtful answers, but the information was hard to come by. So she founded MEI and set out to develop a new wave of marijuana curriculum for use in Colorado schools.

In collaboration with doctors, neurologists and endocannabinists, MEI came up with a scientifically accurate set of lesson plans that are now in use all over Colorado.

“Colorado was the leader in marijuana legislation and reform, and we also saw that Colorado has the opportunity and should be the leader in reforming educational practices around marijuana,” Grippa says. “And it turns out we weren’t the only educators wanting for a resource like this.

According to MEI surveys, students who go through their program experience an increase in the perception of harm of marijuana (opposite to the general trend for youth in Colorado since legalization) and decrease their use or desire to use marijuana.

This is important for a variety of major reasons. For one, the success of legalization depends on the maintenance of public health, especially when it comes to youth, for whom marijuana use is still illegal.

“The program talks specifically about the difference between adult use and adolescent use by going into brain development and where adolescents are in that stage of development,” Grippa says. “The prefrontal cortex of the brain is developing during that time, and use during adolescence may increase premature dependence and seriously affect development of the brain’s structure, cognitive function, and mental health into adulthood.”

This message seems to hit home with students, she says, and she thinks it is because it uses what she calls a “reality-based” program that appeals to the inquiring minds of adolescents. It also happens to be in line with the predominant objective of national and international political bodies striving to develop “evidenced based approaches” as the end of marijuana prohibition approaches.

To get to this point, MEI did something unprecedented in the U.S. school system by teaching an in-depth lesson about the endocannabinoid system, a physiologic system involved in establishing and maintaining human health.

“It’s on the pioneering side of things,” Grippa says. “I do not know of any curriculum out there, I’m pretty sure this is the only one. But I don’t really know that you can talk honestly about marijuana if you don’t talk about the endocannabinoid system.”

Endocannabinoids and their receptors are found throughout the human body, in the brain, organs, connective tissue, glands and immune cells. In each, they perform a variety of different tasks but the goal is always the same: homeostasis, or the maintenance of a stable internal environment despite external fluctuation.

Endocannabinoids are the substances our bodies naturally make to stimulate these receptors and these are also found in cannabis in the form of THC, CBD, CBN and more.

At the end of the day, Grippa says, this is about informing students so they can make a mindful choice when it comes to using marijuana.

“As educators our goal is to empower our students by providing them with the best information possible and to help them make a healthy choice,” she says.

A slide from one of MEI’s lessons shows two images of youth brains, one with and one without exposure to marijuana consumption, the former with sporadic holes in the tissue, the other completely intact. The caption: “What brain would you choose?”