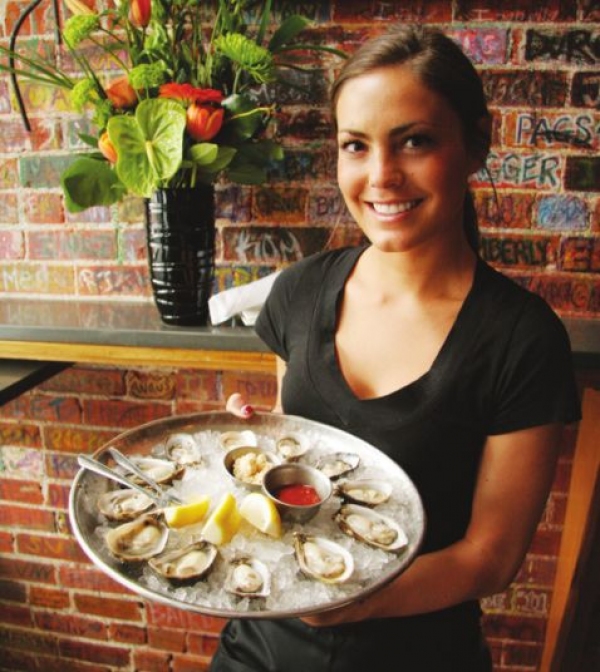 Well, another year is in the books. Time to put on your classiest or trashiest and head out to celebrate the coming of a new year. A year, we hope, will bring the completion of goals, the finding of peace and the reunification of enemies once friends.

If you’re as optimistic as we are about 2015, then you have reason to celebrate. Take a look at some of these New Year’s Eve culinary events around Boulder and resolve to call in a reservation today.

Ring in the new year with some seafood. Jax is hosting a five-course prix fixe meal on New Year’s Eve starting at 4 p.m. The menu runs $75 with a $35 optional wine pairing. Jax will still run its famous happy hour from 4-6 p.m. and late night happy hour from 11 p.m. to midnight. When you’re hungover the next day, you can stop by when Jax opens at 4 p.m. to cure it with some fresh sea fare. Reservations are recommended.

If it’s your resolution to stop eating meat, then you can get a head start and make reservations at Leaf on New Year’s Eve. (Though if I were resolving to go vegetarian, you better believe I’d be face-deep in a bucket of ribs ‘til the clock strikes midnight.) Leaf’s four-course prix fixe menu includes choices of beet carpaccio, eggplant rollatini, crispy quinoa, acorn squash and bread pudding. Seatings begin at 4 p.m. and the prix fixe menu costs $40.

L’Atelier is rolling into 2015 with a prix fixe menu that features a great variety of meal options. After starting with shrimp and cham pagne, choose between escargots, mussels, tuna tartare, beef carpaccio, lobster ravioli or a number of other small plates. Then you’ll get a seasonal salad or soup before the entrée. Entrée options include Canadian elk, veal piccata, bouillabaisse, rack of lamb and more. Dessert is French brie with poached pear. The meal is $89 per person and reservations are required.

What better way to spend a night historically associated with drinking than to go to one of the city’s finest cocktail joints. With a long list of specialty liquors, wines and brews, and the know-how needed to mix those ingredients into unique cocktails, Bitter Bar would be a good choice at some point in the night. Recently renovated and with a new menu, it’d also be a convenient time to check out the new digs.