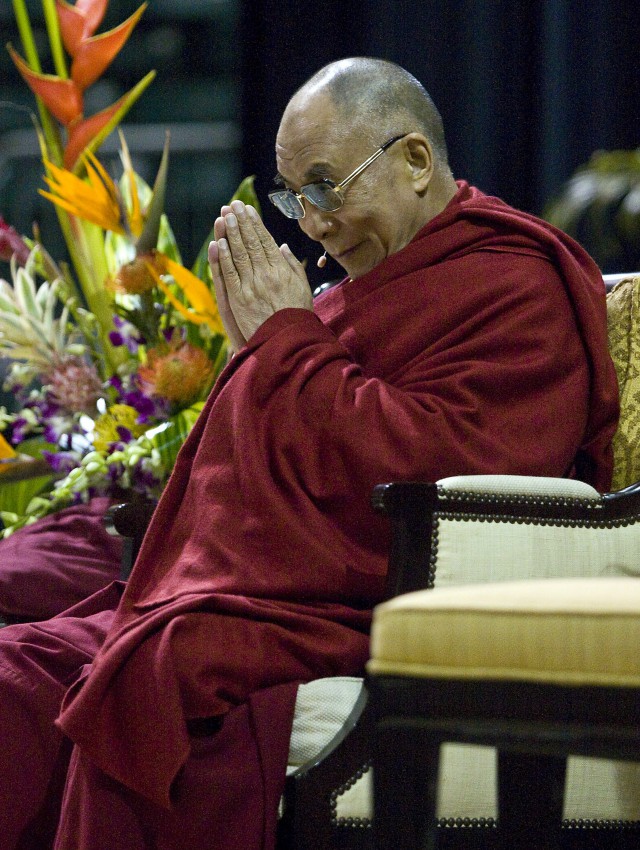 — The Dalai Lama plans on giving up his largely ceremonial role as head
of the Tibetan government-in-exile, an aide said Tuesday, in what
appeared to be part of a long-term strategy to make the movement less
vulnerable to Chinese strong-arm tactics.

But the 75-year-old leader would retain his role as
spiritual head of the Tibetan community and remain a focal point for
efforts to achieve greater religious and cultural autonomy for the
Tibetan people, said spokesman Tenzen Takhla.

, which views the Dalai Lama as a pariah bent on splitting , has adopted various tactics in its bid to weaken the leader and undercut his efforts to expand Tibetan autonomy in .

The Chinese Communist Party has named its own
Panchan Lama, the second highest-ranking lama after the Dalai Lama, in
competition with the Dalai Lama’s choice. It has issued regulations
forbidding “reincarnation without authorization.”


also has outlawed photos of the Dalai Lama on the Tibetan plateau,
which accounts for about 25 percent of Chinese territory, and used its
diplomatic clout to discourage foreign leaders from meeting the
religious leader.

In response, the Dalai Lama has tried to
decentralize the structure and make the Tibetan movement less dependent
on him and less vulnerable to Chinese pressure, analysts said, even as
he’s considered innovative ways to ensure a smooth succession after his
death.

He “has always been advising Tibetans for quite
awhile now that they must carry out their responsibilities as if he
weren’t there,” Takhla added. “This is not an issue of one person but 6
million people.”

assumed sovereignty over in late 1950 and maintains that
has always been an integral part of its territory, while many Tibetans
say their ancestors enjoyed de facto independence from their giant
neighbor for centuries.

The Dalai Lama’s advanced age has sparked concerns inside and outside that his eventual death could splinter the diverse Tibetan community.

The Dalai Lama is expected to propose an end to his
ceremonial role at the next session of the parliament-in-exile in March
in Dharamsala, the Indian hill town he settled in after fleeing in 1959 to evade advancing Chinese troops.

It is not a given, however, that the parliament-in-exile will agree.

“The parliament may refuse to let him resign,” said , an independent
researcher based in Dharamsala. “As we’ve seen in the past, other
leaders may say ‘We can’t do without you’ and ‘We don’t want
democracy,’ because he’s holding everything together.”

While ,
which in the past has called the Dalai Lama a “wolf in monk’s robes,”
tends to respond often in scathing terms to every bit of news about the
exiled leader, Akester said he didn’t expect to go “particularly crazy” with this development.

The Nobel Peace Prize laureate has been working to
reduce his role in the exiled government for the past decade, the
spokesman Takhla said, considering himself in semi-retirement since the
2001 election of a Tibetan prime minister-in-exile.

If parliament accepts his request to relinquish such
ceremonial duties as addressing parliament and signing resolutions, the
change would take effect next fall.

“But he’ll always be the Dalai Lama, and in terms of
the political struggle, he’ll always be looked upon by the Tibetan
people as their political leader,” Takhla said. “And promoting human
values, he’s made very clear, is his lifelong commitment.”