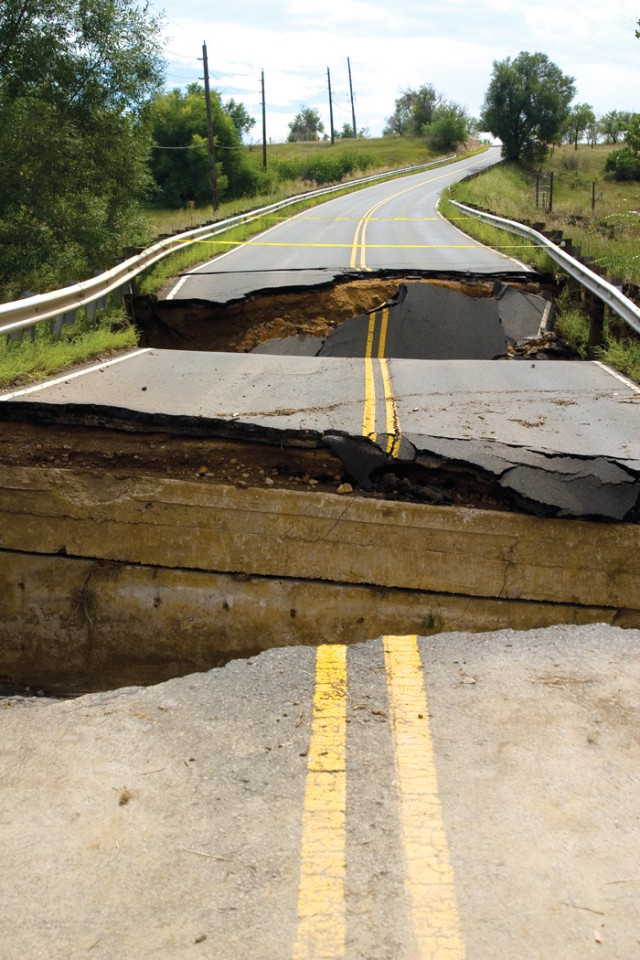 It’s not news that there’s valuable information hidden within the noise of social media. There’s the obvious use for business marketing, but social media offers bigger gains for society at large. The world watched in late 2009 as Iranians used social media platforms like Twitter and Facebook to begin speaking out against the election of Mahmoud Ahmadinejad, and again in 2011 when volunteers used social media to direct emergency rescue efforts after a tornado devastated Joplin, Mo.

It’s this relationship between social media and disaster that fascinates computational scientist Leysia Palen, a professor at the University of Colorado Boulder and director of Project EPIC (Empowering the Public with Information in Crisis), a multi-disciplinary research endeavor that analyzes social media data to provide information during times of mass emergency. Palen says her interest in social media’s role in disaster response began in 2005, about six months before Hurricane Katrina struck New Orleans.

“I had long studied human-computer interaction … how people interact with machines and how [people] interact with each other through environment — bridges, roads, tunnels of Project EPIC to learn how the built machines,” says Palen. “So the advent of and the like — respond during disasters. mobile computing … Computing has moved out of the desktop, outside of “The problem is in many cases we the homes and certainly out of the lose information if we wait for highquality reconnaissance [on the schools. It affords the opportunity for thinking about massive forms of interaction and collaboration. Where might that this information can be lost due to ground],” says Dashti, who explains we see that kind of action take place? … rapid efforts to clean up, and when My thinking was that it was in massive communities are closed off because disruptions in social order where you roads and bridges have washed away, it see people engaged in intensified information searches.” media happens in an organic way, only aggravates the problem. “Social And natural disasters — whether immediately. It’s not wise to lose that.

it’s an earthquake, hurricane, tornado or So the goal of this research wasn’t to flood — create these “massive disruptions” in social order. Much of the [to use] social media [to] increase the move past [ground reconnaissance], but research that’s been done on social resolution of that data.” media’s role in disaster has revolved With people using Twitter to post around emergency response, but another CU professor, civil engineer Shideh on around them during last September’s pictures and videos of what was going Dashti, saw an opportunity to use social flooding, a virtual library of information media and the computational resources about damaged structures accumulated.

At the onset of the flooding, Dashti quickly worked to create keywords to help the team at Project EPIC sift through tweets to find usable data. In all, Project EPIC collected around 200,000 tweets generated by about 57,000 unique Twitter users from Sept. 11 to Sept. 20.

“In disaster what we see is there is a lot of signal in that noise. People talk about what they see, where they are and what they are doing, and even if it’s fairly mundane you’ll see, ‘Oh gosh, there’s water on my street,’” says Palen. “You aggregate all that information from across multiple sources and across the geography and then it becomes newly interesting in the aggregation.”

Coming up with keywords to filter through tweets is more complex than it seems, according to Dashti and Palen.

Their ultimate goal was to use the social media to create maps that can better direct engineers to problem areas in future disasters, and to help them collect data about how well certain infrastructures withstood the extreme conditions of a disaster. But not everyone using social media is a civil engineer, so part of Dashti and Palen’s job was to translate lay terminology into engineering terms.

“[Engineers] talk about things like ‘scour.’ … Do you know what scour is? I didn’t,” says Palen. “People [on Twitter] aren’t saying, ‘I see scour on the road’ — it’s like debris or gravel.

We take these engineering terms and see how people talk about them in real life, so a lot of our work is translation between what an engineer says and what people say. We have to deploy those solutions computationally to search over large amounts of data to figure out how people talk about gravel on the road.”

Beyond filtering the tweets for content related to flooding in Boulder County, the researchers also had to filter the tweets by location. Twitter users can turn on geo-tagging within the application, adding a latitude and longitude to their tweet that allowed Dashti and Palen to immediately map damages in those areas. And while only about 1 percent of the 200,000 tweets were geotagged, it was enough to create reliable maps of the locations and evolution of structural damages. Dashti says that the map of geo-tagged tweets compared well to a map of damages created by the city of Boulder.

Dashti adds that tweets without geo-tags were still usable because they mentioned specific places or contained pictures or videos with familiar landmarks that were easily mapped.

The study was presented earlier this year at the International Conference on Information Systems for Crisis Response and Management. Both Dashti and Palen say it was only a first step in using social media to help mitigate structural damage in future disasters.

“We were able to develop some internal methods and algorithms to create the kind of reports that people doing reconnaissance work, in this case engineers, would need to go out in the field and figure out where to go,” says Palen. “It’s a case study. It’s kind of an engineering proof-of-concept case study. It was less about doing an experiment and more of a proof-of-concept about how you could use these technologies to support very rapid assessment of an area, which we already do for emergency managers, but we could think about it for emergency reconnaissance. It was a very practical experience that teaches us how to do it again for larger events.”