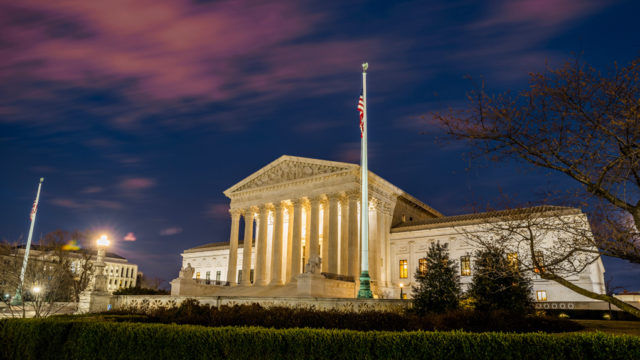 Since President Trump took office in 2017, the Deferred Action for Childhood Arrivals (DACA) program has hung in the balance. First introduced in 2012 by President Obama, the program gives undocumented residents who were brought to the U.S. unlawfully as children temporary immigration relief and the ability to lawfully work. But Trump vowed to end the program, and the legal protections it affords recipients, resulting in years of back-and-forth legal battles.

On June 18, in a 5-4 ruling, the Supreme Court blocked the Trump administration from ending the program, citing a lack of justification for the action, while not taking into account how it would affect the nearly 700,000 DACA recipients across the country. The news came as a sigh of relief for many, including the 14,640 Colorado DACA beneficiaries.

Still, the program is threatened as the decision leaves room for the administration to bring forward more concrete rationale for its actions and as a Texas lawsuit challenging Obama’s authority to institute the program in the first place is still making its way through the courts.

Below, Boulder County DACA recipients, and their parents, respond to the Supreme Court decision and what it means for their future.

Resilience has been my way of life, advocacy for social justice and equal opportunity is my calling; not just to defend my own rights but those of all humans. This is why I took the role as Operations Manager with Philanthropiece Foundation in 2018. I wanted to bring to Philanthropiece my unique perspective as an immigrant, a woman of color, an activist and an artist; to help Philanthropiece continue its work in co-creating resilient communities with their programs in Chajul, Guatemala, Baja California Sur, Mexico and Boulder County.

My family came to the U.S. in the winter of 1982, which is the year I was born. We crossed the River Grand — mid-winter — in search of a better life. They held the 6-month-old baby high above their shoulders as if holding her in offering to the skies above as a prayer for their future. My family tells a story of how the newborn baby’s life was at risk because she got sick with pneumonia after crossing the frozen river. This for me is proof that I was born a warrior. Life challenged my strength from the very beginning even as an infant and I didn’t die, I passed the test of resilience; this test has marked my path. My family has always had strong ties to both the U.S. — many are born or naturalized U.S. citizens — and Mexico. The broken immigration system of this country has left me with an undocumented status that creates unjust barriers for me (as it has for the millions of childern growing-up in the U.S. undocumented) to build a meaningful, fulfilling life. However, I was born a warrior and I have overcome countless adversities.

I embody the identity of most U.S. citizens by loving and serving my community, seeking to educate myself, advance in my profession and share my talents. Thanks to DACA, I am a business owner, a cultural broker, a homeowner and have raised two U.S.-born citizens on my own as a single mom. However, what we saw last Thursday is the grim reality of the DACA program: it hangs by a thread. And it will continue to hang by a thread until Congress passes the Dream and Promise Act. SCOTUS’s decision allowed for a moment’s breath. The DACA program can still be eliminated by this president or any other subsequent president. The lives of DACA recipients have always been at the mercy of political campaigns, as have immigrants as a whole, we are politicians’ scapegoats, they literally play with our lives during their campaigns. There is no telling when they will try to end the program again; this is why now, more than ever, we need the Dream and Promise Act to be introduced into the Senate (it has been waiting a year after passing the House of Representatives), written into law and a subsequent immigration reform!

The SCOTUS decision to rule in favor of DACA means that we are temporarily protected in two-year increments once more. The fear I have felt for the last four years is slowly leaving my body, but it’s not enough to make it go away. As long as Trump remains in office, I will continue to fear for my community because we are not safe as long as someone is threatening our humanity.

This is a win, but it’s not the end of our fight.

The SCOTUS decision meant to me some type of relief and not just for me but for my parents as well. For a long period of time, DACA recipients lived a life of uncertainty after the Trump administration decided to cancel DACA. After the SCOTUS decision was made, I started to cry, and right away I called my mom, then we both started crying because we knew that at least my brothers and I still had a chance to stay in this country. But the fight doesn’t stop here. My older brother didn’t qualify for DACA, my parents are still undocumented — that means that our work is not done. We need every undocumented American protected from deportation.

I grew up in Boulder. The SCOTUS DACA decision means a lot to me. If I didn’t have DACA I might not have been able to go to college. Because I did have DACA I was able to pursue my degree and be the first person in my family to go to and graduate college. It means I can continue to work to support myself and my family. DACA has opened up more possibilities for me. It has also allowed me to be less fearful of my situation. Having that said, there is definitely more that needs to be done. This is a temporary solution for anyone in my situation and, as we have seen, could potentially get taken away at any point. And if it had been taken away, where would that leave us DACA recipients after exposing ourselves as undocumented?

We live in Lafayette in Boulder County, and we’ve lived in Colorado for about 12 years. The decision to continue DACA was surprising, full of joy and lots of emotions; because we have a son who recently turned 15 and he’s qualified for this program, we recognize that this opens doors for many young people like my son in these circumstances. The fact that he has a social security number, a work permit and not only that, but also the opportunity to visit his country of birth and visit his grandmother, his aunts and uncles, cousins, etc. Now he’ll also get to know his country, its culture, its food, and his roots, he’s excited to be a part of this program and fulfill his dreams, go to college to study aerospace engineering, although he’s still deciding what he wants to do, this is one step forward for him, because though he knows he is not American by birth, he feels American, this is his country, he doesn’t know any home greater than this one.