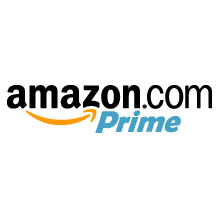 Amazon is continuing to grow its collection of streaming video titles
at Amazon Prime Instant Video, and is today announcing another new
agreement with Paramount Pictures bringing “hundreds” of new movies to
the service. This deal isn’t as large as March’s partnership with Discovery,
which saw some 3,000 new titles added, but it does introduce what are
arguably more big-name movies. Included in the deal are titles like Mission: Impossible 3, Braveheart, Forrest Gump, Mean Girls, Nacho Libre and Clueless, to name a few, and Amazon says more will be added “soon.”

With the new deal in place, Amazon Instant Video now offers over
17,000 movies and TV episodes for unlimited streaming by Amazon Prime
customers who can watch online or on their Amazon Kindle Fire. For what
it’s worth, “17,000 ” is the same number that Amazon was touting earlier
this year, so the increase via the Paramount deal didn’t include enough
of a selection to warrant a new “milestone” announcement on the
company’s part.