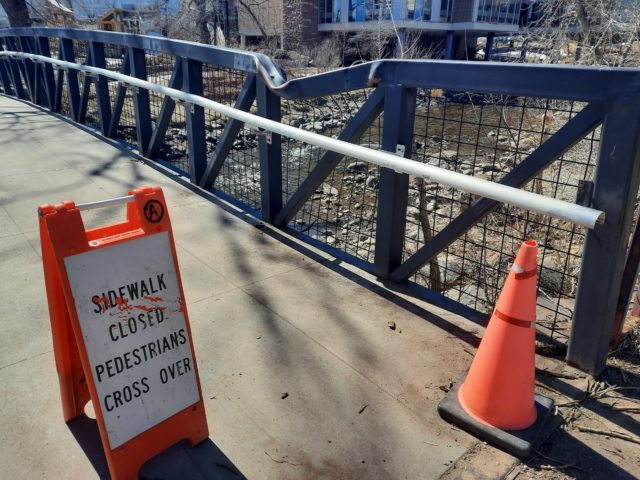 Council spent another 2.5 hours debating a future possible library district without deciding on much of importance.

Elected officials made two calls: Council and Boulder County Commissioners will continue to approve who sits on the Library District Board of Trustees, but the board itself will appoint those members (which will then be ratified by aforementioned elected officials).

It’s more veto power than appointment power, and if it sounds inconsequential, that’s because much of what city council has discussed RE: the library district so far is details rather than substance. Councilmember Rachel Friend summed up the feelings of many Tuesday night when she said, “I’m going to be completely honest. I don’t care a ton about this.”

The substantive decisions—Do we need a better-funded and -managed library, and are we willing to pay for it?—are up to voters. We’ll get to weigh a property tax increase at least once, possibly multiple times. That was council’s other call on Tuesday: The district will have until 2024 to fund itself, or else the on-paper entity will dissolve.

Still TBD is whether library branches will be owned by the district or leased to it. Elected officials were leaning toward a lease for the Main branch downtown, with possible transfer of ownership for the Carnegie, George Reynolds, and to-be-completed NoBo branches.

A vote to form the district is scheduled for April 5, after a joint public hearing with Commissioners.

When council got its first look at how the city planned to distribute another batch of the $20 million feds are giving us for COVID recovery, they wanted more money for small businesses.

They got it: More than $200,000 extra for things like business assistance and promoting tourism.

An additional $100,000 went to childcare, also in the form of grants for existing and new providers. A guaranteed income program is moving forward, too, though who will get the money and how much is still up in the air.

More than $11 million of the American Rescue Plan Act money is yet to be spent. This recent round of planned spending was added into the 2022 budget on Tuesday night, along with revenue from the recently extended Community, Culture, Safety, and Resilience (CCRS) Tax.

Fire station No. 3: Even fancier than we thought

Two weeks ago, we reported that the city’s new fire station was going to cost $27 million, more than two times as much as its original $12.5 million price tag.

The actual total cost is $32 million, according to staff notes this week. CCRS funds will be used in the future to help finish it.

Budget documents also revealed this week that an unknown number of homeless people were moved from area hotels to make room for Marshall Fire victims. City staff asked for money to cover the cost of feeding them at Boulder Shelter for the Homeless, costs that will eventually (mostly) be reimbursed by FEMA.

The city has been using hotel rooms during COVID to shelter at-risk individuals, and as an overflow option since halving the number of shelter beds in 2020.

It’s not clear that moving more people into the Shelter caused a capacity crunch. There were no turnaways the night of or in the days immediately following the Marshall Fire, and turn-aways in January (22) were actually lower than the month before (47).

All told, the city is hoping FEMA will cover $2.2 million in storm-related costs: $1.7 million to Open Space for “trail head restoration, fence repair, ditch clean-up, farm structure rebuilds,” and other costs; approximately $48,000 for assistance to mobile home residents whose houses were damaged by wind and $60,000 for fire and police overtime.

Another big cost is replacing the bridge that spans Boulder Creek and connects the north and south library parking lots. A tree fell on it during the windstorm, causing structural damage.

It will cost around $379,345 to rebuild, staff said (that figure also includes the cost of debris removal by Parks & Rec). The bridge’s abutments also need to be evaluated for damage once the bridge itself is removed.

Council is on break until April 5, when they’ll return for the joint public hearing on the library district with Boulder County Commissioners. The meeting is supposed to start early, 5:30 p.m. instead of 6, and the library public hearing is expected to last three hours.

$1.5 million for Building Home (day programming for recently housed or those in line for housing)

$915,000 for arts workforce grants (to encourage hiring in the industry)