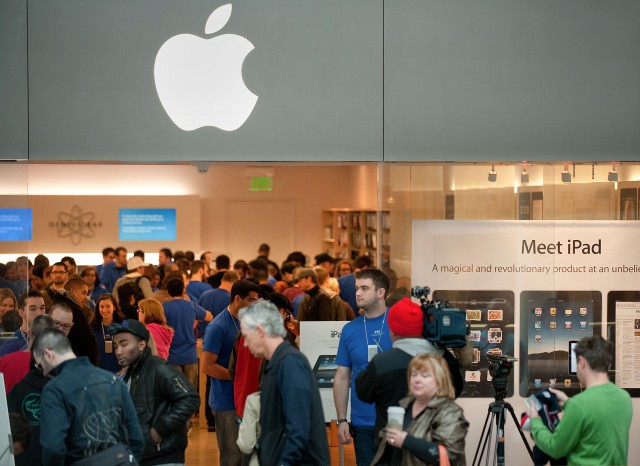 — While the world was focused on its new iPad tablet, Apple’s iPhones
and Mac computers surged to give the company a 90 percent leap in
profit during its second quarter.

“We’re thrilled to report our best non-holiday quarter ever, with revenues up 49 percent and profits up 90 percent,” Apple CEO said in a statement. “We’ve launched our revolutionary new iPad, and
users are loving it. And we have several more extraordinary products in
the pipeline for this year.”

Apple sold 8.75 million iPhones in the quarter, a
131 percent leap over the year-ago quarter; 2.94 million Macs, a 33
percent jump; and 10.89 million iPods, a one percent drop. Apple has
said it expects sales of the popular iPhone to increasingly eclipse
those of the iPod music player.

The company’s results blew up estimates of analysts.

Analysts polled by predicted Apple would post a 47 percent jump in revenue to and earnings of a share.

“It’s amazing. They keep cranking along,” said of Broadpoint AmTech. He had forecast the company would report earnings per share of on in revenue. “Apple truly has the best business model in all of technology, and I think it’s getting better,” he said.

For the current quarter, Apple forecast revenue between and earnings per share of .

Visit MercuryNews.com, the World Wide Web site of the , at http://www.mercurynews.com.