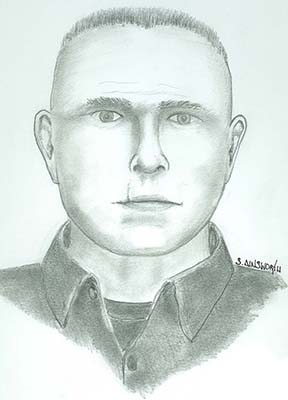 On Oct. 15 at 12:37 a.m., a male motorist driving on North
79th Street in the area of Colorado Highway 52 was contacted by what appeared
to be an unmarked police vehicle.

The
victim was approached by a white male, dressed in a dark police-type uniform,
and was asked for his driver’s license and registration. The suspect allegedly
wore a metal nametag with the name “Garcia” on it, and wore a silver star-shaped
badge. The suspect was allegedly joined less than two minutes later by another
unmarked police-type vehicle, also with flashing lights. The second suspect was
identified by the name of “Reynolds.”

According
to Cmdr. Rick Brough of the Boulder County Sheriff’s Office, the victim handed over his license and
registration and was left waiting in his car for approximately 15 minutes.
The suspects then returned, asked the victim a few more questions, and returned
his documents.

Brough
says the victim thought the situation was odd because he repeatedly asked why
he had been pulled over, but never got a response. After the incident, the
victim called the local police agencies to ask whether an officer had actually
contacted him and discovered none had. The victim later decided to report the
situation to the Boulder police.

The
first suspect was described by the victim as a white male with a flat-top,
military-type hair cut with the sides of his head shaved or very closely
cropped. His hair was dirty blonde or light brown. The victim was unable to
give a description of the second suspect.

The
first suspect was driving a dark Ford Crown Victoria between the years of
2006 and 2011, with flashing dash and grill lights and a spotlight on the driver’s
side. Both suspects seemed to have some knowledge of police procedures.

Brough
says he is unsure whether the incident is related to the police impersonators
reported in Denver in July, though he says it is something he plans to investigate.

Anyone
with information regarding the incident is requested to contact either
Det. Steve Ainsworth at 303-441-3650, Northern Colorado Crime Stoppers
at 1-800-222-8477, or through www.nococrimestoppers.com, where they can send an
anonymous email or text message. Tips may be eligible for a cash reward.