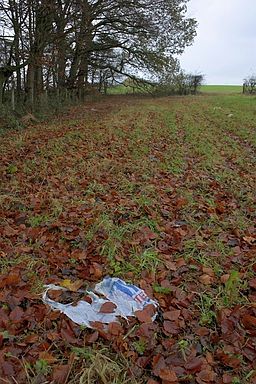 Whether you wanted paper or plastic, it started costing $.10 each at the grocery line six months ago when a new city initiative began requiring grocery stores to charge a fee per disposable bag. The City of Boulder is now reporting that has reduced grocery store bag use by 68 percent — or nearly 5 million disposable bags.

“The bag fee arose from community concerns about the negative
environmental and economic impacts of disposable bags in Boulder, and
this progress report shows that we are addressing those concerns and
doing so effectively,” Jamie Harkins, City of Boulder business sustainability specialist said in a press release from the city.

Of  $.10 collected per bag, $.04 goes to retailers to help cover implementation costs, while $.06 pays for city education and outreach on the bag fee, as well as supporting the program that provides reusable bags to residents who may be disproportionately affected by the fee. The fee was among the steps taken to follow through on the 2006 Master Plan for Waste Reduction and Zero Waste Resolution, which you can read more about here.

About 100 billion to 1 trillion bags are used each year, according to the Environmental Protection Agency. Plastics-industry publication Plastics Today has countered that the bag ban is, what else, a jobs killer. Their response to the bans in cities across the country is here.