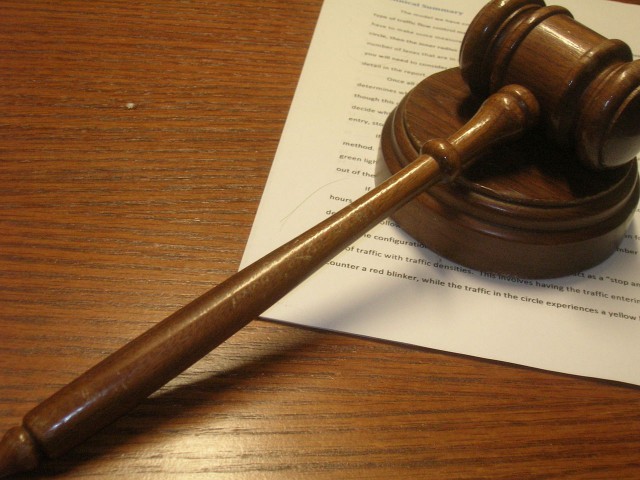 In the onslaught of campaign ads, one thing Coloradans don’t see are campaigns for judges; however, voters do see judges who are standing for retention on the ballot.

While judges do campaign in some states, Colorado attempts to minimize the political influence that occurs through campaigning by appointing judges via a merit system. Judges then stand in yes/no retention elections after sitting on the bench for a period of time. Colorado’s Commissions on Judicial Performance provide voters with, as the State Ballot Information Booklet says, “fair, responsible and constructive evaluations of judges and justices seeking retention.” Colorado has one state commission that evaluates judges on the state Supreme Court and Colorado Court of Appeals, and 22 district commissions that evaluate trial judges. State and district commissions publish their evaluations in Colorado’s ballot information book, providing a recommendation on retention, a vote count, biographical information about the judge, survey results from those who have interacted with the judge and descriptions of a judge’s performance strengths and weaknesses.

More than 20 states use retention elections. And while Colorado is one of only six states that provide evaluation information to voters, there are some who question how “fair, responsible and constructive” the evaluation process is — particularly when the judge standing for retention is a woman or minority.

Boulder County District Attorney Stan Garnett openly expressed concern about the process after the 20th District Commission on Judicial Performance recommended no retention for Boulder County Judge Karolyn Moore in this election’s evaluations. In a letter sent to Boulder Weekly and published in the Daily Camera, Garnett wrote that of the 112 lawyers anonymously surveyed about Moore’s performance, not a single survey was sent to a prosecuting attorney. However, the surveys received claimed Moore was “biased in favor of the prosecution.”

“To be absolutely clear,” Garnett writes, “Judge Moore’s criticisms arise from one stakeholder group — criminal defense attorneys — with a particular view in only one area of the law. But the failure of the evaluation system and the Commission’s recommendation, in her case, is that they provide little context for the voting citizen to recognize that her judicial rulings taken as a whole — across multiple areas of law — have been even-handed, fair and within the discretion granted to judges.”

In a phone call with BW, Garnett discussed the possibility of gender bias coming into play in the attorney surveys. Garnett says the 20th District Commission has expressed concerns about Judge Noel Blum’s courtroom demeanor in three performance evaluations, including this years.

“It’s a really interesting issue because if you look at what the concerns are about Judge Blum, which I think obviously aren’t severe enough that he should be removed from the bench, but you have to wonder if this was a women exhibiting these characteristics, how would that come across,” Garnett says.

Garnett also says he wonders if the commission would have made similar recommendations had they taken into account evaluations by his office and other prosecuting attorneys.

Garnett’s concern that gender bias may negatively affect the evaluation of female judges is backed by numerous peer-reviewed studies. In fact, gender fairness in the courts became such a nationwide concern in the early 1980s that 45 states and eight federal circuits created task forces to examine the issue, Colorado among them.

“Gender bias encompasses society’s perception of the value of work assigned to each sex, the myths and misconceptions about the social and economic realities of people’s lives, and the stereotypes that society has assigned to the behavior of men and women,” wrote the Utah Task Force on Gender and Justice in 1990. In other words, bias in this context is neither good nor bad, simply a lens through which people make sense of the world, often unconsciously.

“In 1990, about one-third of the women judges surveyed by the Colorado Supreme Court Task Force on Gender Bias in the Courts reported receiving less respect than male judges from lawyer and/or other judges,” Durham wrote. She goes on to express her belief that such bias affects the judicial performance evaluations conducted for female judges.

“The Colorado system of judicial performance evaluations is the Cadillac of JPEs,” the authors write. “They spend more money on their system than other states, and their system has been designed by experts. Even still, disparities in the scores of female and male judges persist. These disparities cannot be explained away using objective measures of judicial performance. The gap appears in the attorney survey stage. The commission’s recommendations are based largely on the recommendations from these problematic attorney surveys. What’s more, the commission adds another layer of gender bias on top of that included in the attorney surveys.”

Peg Perl, staff counsel for Colorado Ethics Watch, says she believes that Colorado’s system of merit selection/ retention is light years ahead of the campaign system, but she acknowledges that commissions must be vigilant in refining their evaluation criteria to avoid bias.

“I think that any time you’re looking at possible gender disparity in evaluations — be that the wage gap in corporate America, be that the latest stories about women CEOs who seem to be getting forced out for things male CEOs wouldn’t be forced out for — you need to look at what is the criteria for the evaluation system, what things are valued,” Perl says. “Are those [criteria] skewing the evaluation, and is it the personality traits or things that you’re looking for [that] somehow skew towards one gender or another in terms of what you’re viewing as positive and what you’re viewing as negative.”

Kent Wagner, executive director of the Colorado Commissions on Judicial Performance, says he doesn’t see evidence of gender bias in Colorado’s performance evaluation system, but he says he is aware of the concern.

“We know there’s a presumption, and at the last State Commission meeting we started looking at the issue,” Wagner says. “We want to find out what it is. I don’t think it’s in our survey instrument at all. We’ll make changes as we can. It may be that we have to change the training [we conduct for] our commissioners.”

Wagner says that recent research about implicit bias suggests that those surveyed for evaluations might exhibit less gender and minority bias if questions are placed at the beginning of surveys to put the respondent back in the moment they were before a judge.

The State Commission on Judicial Performance Evaluation meets throughout the year, and Wagner says they are constantly seeking input to improve the system. He says that while some accuse the commissions of overusing surveys, those are merely one piece of the evaluation process.