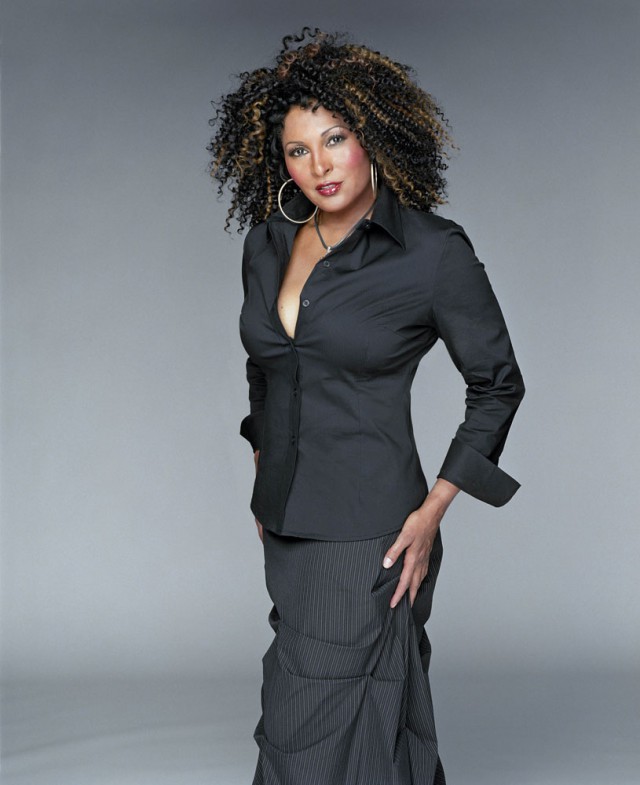 In her memoir, Foxy: My Life in Three Acts, Pam Grier shares a life of love and tragedy and success and heartbreak. She describes her life living in Denver, London and California. She writes about her entry into the world of Hollywood and the experience of working on classic films from the ’70s like Coffy and Foxy Brown and on her career-defining roles in Quentin Tarantino’s Jackie Brown and the Showtime series The L Word. She peels back the curtain on the intimate relationships she’s had with well-known celebrities like Kareem Abdul-Jabbar, Freddie Prinze and Richard Pryor, plus her battle with cancer in the ’90s. And she shares, with heartbreaking and terrifying detail, the two times she was raped, at 6 years old and 18 years old.

But one event that isn’t shared in the book is a third attack when she was 21 that Grier says was the turning point that pushed her toward an acting career.

When Grier moved to Los Angeles in the early ’70s, her goal was to work and save enough money to get into film school. During a lunch break at one of her three jobs, she was planning to meet with a potential mentor for some career guidance. But apparently that’s not what he had planned.

“It was a family friend who was going to give me advice on classes to take and was supposed to check on me for my family, and he attacked me,” she tells Boulder Weekly. “This was going to be the third time and by then I wasn’t having it. I was so afraid and so upset. He was doing it because he assumed I wouldn’t tell my parents and if I did, he would deny it and I would be a liar. But I wasn’t having it. I fought, fought, fought for my life. I broke furniture, I didn’t care. I just knew I was going to walk out of there alive.

“Afterward, I ended up walking back towards Sunset Boulevard to my job, and I walked past [director] Roger Corman’s office. A week prior he had offered me a job to go to the Philippines and I wasn’t going to take it because I would be leaving my three jobs, my focus and my goal to get into school. Only because of this attack, I was so frustrated with the attack, I was frustrated with Kareem, who wanted me to convert to Islam, I went in the office and told them I’d take the job. If I didn’t have that attack, I don’t think I would have made it this far.”

It’s an unfortunate event that not only moved her toward acting but also partly inspired some of her most action-oriented scenes in her early films. The reason why she kicked so many asses in her movies wasn’t because she was trained on how to fight.

“During a fight scene, I’ll never forget it because I’m now revisiting an attack, I had moments of hyperventilating and intense fighting,” says Grier, who is considered by many to be Hollywood’s first female action star. “Director Jack Hill [of Coffy and Foxy Brown] said, ‘Hey, you did that really well, like you’ve done this before.’ Yeah, I have. I kind of recreate those moments with the reality and authenticity, and people are moved by it. When I fight, because I’m fighting for my life, I’m seriously fighting you.”

These days, Grier lives on a ranch north of Colorado Springs near Black Forest. She’s far from the Hollywood lifestyle and is more at home living in rural Colorado. She’s full of energy, funny, has a million stories and gets excited about simple things like shoveling snow off her property.

“We got a little dusting down here but we’re still digging out as it melts, and if you don’t move it, it becomes, like, a foot of mud,” she says. “So you have to use equipment to move the snow. And I try to keep the horses clean because when they see the mud holes, they just want to roll through it!”

Grier says she rarely watches her old films or even her recent work. If it’s on, she may take a look, but she doesn’t go out of her way to watch them.

“I’ll watch them to see what I’ve learned and what I’ve forgotten, if there’s anything new or different,” she says. “And there’s always something that comes to mind.”

On Saturday, Feb. 18 at Muenzinger Auditorium at 7 p.m., she’ll be joining a bunch of University of Colorado Boulder students for a screening of Jackie Brown as part of the International Film Series and Boulder International Film Festival. After the screening, she’ll share her experience working with Tarantino, Samuel L. Jackson, Robert DeNiro, Robert Forester and Michael Keaton, along with stories and anecdotes from behind the scenes.

“During the shoot [for Jackie Brown], one of my dogs passed away,” she says. “And in the film there’s a scene where we’re negotiating the deal where I’m gonna be Ordell’s [ Jackson’s] manager. That scene is hilarious and I was crying the whole damn day. I’d be doing the scene and in a moment of enlightenment, there’s just tears flowing down my cheeks in the middle of the scene. Sometimes, when the camera was behind me, Sam would reach over and wipe the tears off my face because it kind of bothered him; he didn’t like seeing me so upset.”

As far as recent work, in the next year or so you can see Grier in the films Mafia starring Ving Rhames, Woman Thou Art Loosed: On the 7th Day with Blair Underwood and Sharon Leal, and the highly-anticipated Man with the Iron Fists, a film written, directed by and starring The RZA from hip-hop group The Wu-Tang Clan.

“He studied under Quentin,” Grier says about The RZA. “He asked me to be his momma, and we’re going to shoot in China? I had to do it. But he’s superb as a director. It’s under wraps, but this Man with the Iron Fists is a classic!”

But as far as another movie with Quentin?

“You have a crystal ball or something?” she asks. “I don’t know, but he is contemplating something.”