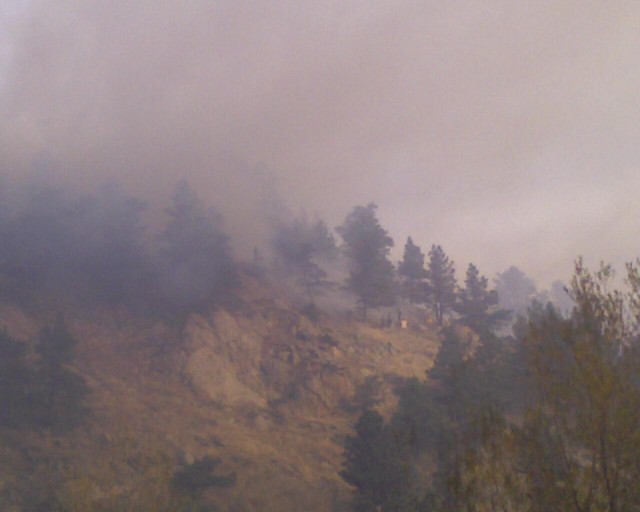 Boulder County investigators have announced that while they are confident the Dome Fire that spread west of Boulder last week was human-caused, they probably will never know what the exact cause was.

Cmdr. Rick Brough of the Boulder County Sheriff’s Office told Boulder Weekly that there are both firepits and a heavily used trail in the area where the fire began, so the cause could have been a campfire, a cigarette, fireworks, a match or any other human-caused open flame.

“There’s a good chance we’ll never know what started it,” he said.

He added that the sheriff’s office does still have a couple of leads to follow up on, but he declined to say what those were.

Boulder County officials report that the fire is 90 percent contained and is expected to be fully contained this evening.

Firefighters made significant progress in containing the fire on Saturday, after ensuring the fire did not advance on Friday night, and residents were allowed to return to evacuated neighborhoods Saturday morning. As of Saturday afternoon, the fire was 70 percent contained, and only “mop up” duties were expected on Sunday.

The Boulder County office of emergency management reported that the Dome fire has consumed about 85 acres, down from the original estimate of 144 acres.

As of 4 p.m., Friday approximately 160 firefighters were on the scene, and that number was expected to increase to 200. There was still no word on the cause of the fire, although there was a rumor circulating that it was caused by campers.

On Friday, Boulder residents west of 7th Street between North Street and Canyon Boulevard were told to evacuate.%uFFFD

The fire was first reported at around 8:10 a.m. Friday. Evacuations were extended to within Boulder city limits, and roads west of 6th Street between Canyon and North were blocked off with cones.

There were a few plumes of black smoke amid the general white smoke, which often indicates burning petroleum.

Air tankers made drops on the fire throughout the day Friday, but suspended operations at nightfall. A helicopter joined the effort Saturday.

Evacuations were also ordered for residents in the Cañon Park subdivision, at the base of Boulder Canyon, for residents at the mouth of Sunshine Canyon up to Poorman Road, including the Seven Hills subdivision and Anemone Road, and for the Knollwood subdivision. So far, police said that more than 1,800 people had been evacuated.