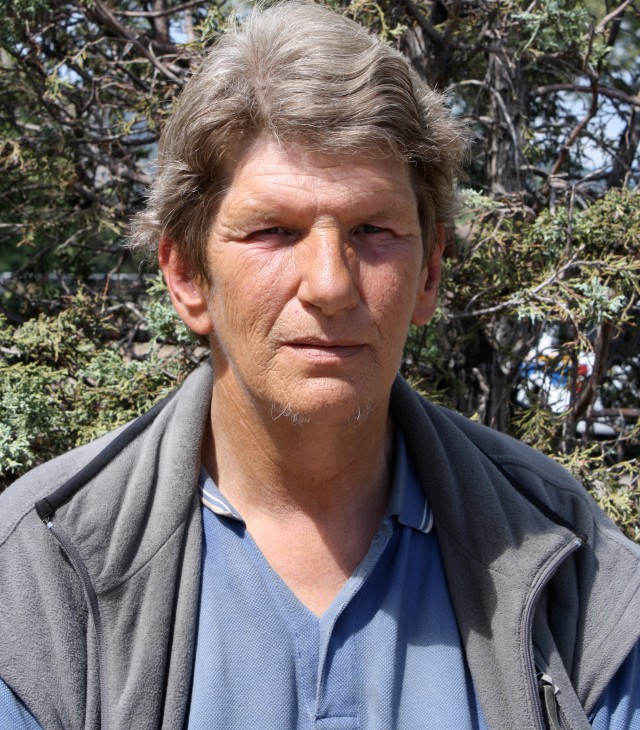 A homeless man in Boulder has decided to run for city
council.

Ron Chase, who says he is one signature shy of qualifying
for the ballot before today’s 5 p.m. deadline, is running on a platform that
includes expanding employment opportunities for the homeless, reining a Boulder
police force that he says is too aggressive, and rescinding the city’s
anti-camping ordinance that prohibits homeless people from sleeping under a
blanket or tarp.

Chase, a Democrat and a Boulder native who attended Boulder
High and holds a degree in horticulture from the University of Colorado Boulder,
says he has been homeless four times in 12 years, most recently due to a blood-clot
condition in his leg called deep venous thrombosis. He says the condition
developed after he fell on black ice last year while running to catch a bus,
then lost his job at a local gas station/convenience store.

Chase’s latest complaint about the Boulder Police came on
Wednesday night, when he says an officer kicked his foot without notice or
provocation while he was sleeping in the 1900 block of Folsom Street, leaving a
contusion and shooting pain up his bad leg, causing him to seek medical
treatment. He plans to file suit against the officer.

Chase says he knows of many other instances of the Boulder
Police being too aggressive and downright abusive of homeless people, and he
thinks their resources would be better spent on other causes, like cracking
down on reckless bicyclists and drivers.

Chase says he is running for city council because he wants
to improve the town he loves. Even when he was working in Denver as a design
draftsman for an architectural firm, he continued to live in Boulder.

“I don’t give Boulder up for nothing,” Chase says.

He says his first order of business as a city council member
would be to shift the way resources are devoted to the homeless.

“It’s easy to give them a handout,” he says, referring to
the free meals and shelter offered by local shelters and churches. “We need to
give them a hand up.”

Chase suggests having the city’s parks and recreation
department hire homeless people to pick up trash along Boulder Creek and other
areas of town, like the Pearl Street Mall.

He thinks panhandling should be banned, and he’d like to
reduce the number of outsiders who flow into Boulder’s homeless population,
including members of the Rainbow Family.

“It makes you feel good, because you’re making honest money,
not degrading yourself flying a sign on the corner,” Chase says. “Why are we
spending all this money on open space when we could be spending it on our own
people?”

He lauds the efforts of the Carriage House and Boulder
Outreach for Homeless Overflow, where he volunteers. Chase notes that in
addition to serving food, the Carriage House helps the homeless find employment
by letting them check out nice clothes for interviews, among other things.

The camping ordinance, which prohibits camping with
“shelter” like blankets and tarps in the city limits, has driven the homeless
to camp up Boulder Canyon, “to avoid harassment by the Boulder police,” he
says. That is dangerous for a variety of reasons, but the alternative, sleeping
without cover, is not any better.

“You will die in the elements if it’s winter time,” Chase
says.

As for other issues facing city council, he supports the
effort to municipalize Boulder’s electric and power utility, something he says
“should have been done back in the ’70s.”

Chase says he doesn’t drink, but he does acknowledge being a
medical marijuana card holder and using cannabis for his leg ailment. While he
endorses the legalization of marijuana, he wants to see the annual 4/20
smokeout moved off the CU-Boulder campus because “that’s a learning
institution.”