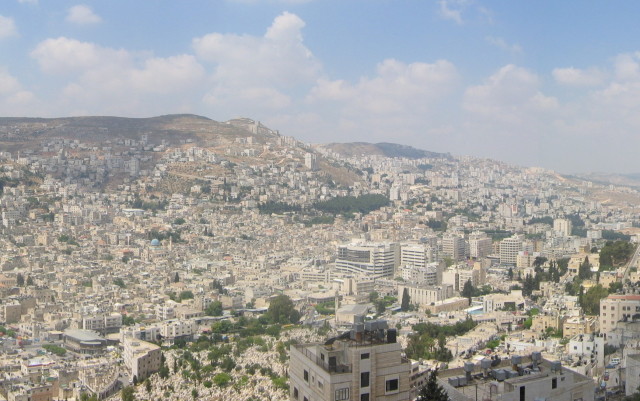 The last time the Boulder-Nablus Sister City project brought their plea to create an official Sister City partnership before Boulder City Council, the hearing dragged on for more than five hours. It’s been more than two years since that last meeting, but those who support the project have never given up on the idea. And on April 19, they will once again be requesting official recognition of their Sister City project.

In June of 2013, the last time around, opponents argued that Nablus, a Palestinian city in the occupied West Bank of the Palestinian territories, is a hotbed of terrorism and anti-Semitic sentiment that Boulder ought to steer clear of, or, at the very least, not attach its name to via an official Sister City partnership. Proponents contested this view, arguing it is a gross mischaracterization of a complex and particularly misunderstood region. They asserted their mission of citizen-to-citizen diplomacy would foster inter-cultural understanding, therefore making their project a mutually beneficial step in the direction of world peace.

This time around might be different than the last. The Council had received 45 letters in favor of the project as of April 6, and three letters from two individuals in opposition to officially recognizing the partnership.

So what exactly is a Sister City partnership, why does the Boulder-Nablus group want official recognition, and why is this city, Nablus, so divisive?

Sister Cities International is a program founded by president Eisenhower in 1956 in which two cities, counties or states in different countries form mutually beneficial connections with each other. The broadly defined relationship allows for flexibility to pursue programming that suits each partnership. To be an official Sister City partnership, the highest elected official of each community must recognize the partnership. In the case of Boulder, that would be the City Council. Boulder has seven officially recognized sister cities: Dushanbe, Tajikistan; Jalapa, Nicaragua; Kisumu, Kenya; Lhasa, Tibet; Manté, Mexico; Yamagata, Japan; and Yateras, Cuba.

Yes, the stunning Tajik masterpiece on 13th Street (the Dushanbe Teahouse) is a gift received through the Sister City partnership. In return, Boulder gave Dushanbe a cyber cafe in 2009.

The Boulder-Nablus project, which became active in an informal capacity in 2011, is not aiming to construct any major projects in Boulder. They say their focus is rather on building person-to-person relationships. Among other efforts, the Boulder-Nablus project has so far sent 10 volunteers to Nablus; has facilitated a peer-to-peer pen pal campaign between same-aged students in Boulder and Nablus; and created a yoga exchange in which two Palestinian teachers were brought to Boulder for training. In the future, the project hopes to bring a Palestinian dance troupe to perform in Boulder and plans to help construct a rock-climbing wall in Nablus.

While the group can continue to carry out their programming without official recognition from the city, they say the recognition will allow them official status in Sister Cities International, affording them access to greater resources.

The controversy over this project can be explained by a couple of facts. Nablus, tucked into the West Bank of the occupied Palestinian territories, has, like all Palestinian cities, exported some terrorists who have committed violence against Israelis. And, like all Palestinian cities, Nablus has endured violence in the form of Israeli military brutality to civilians under the auspices of rooting out terrorism or collective punishment for the actions of a few terrorists or Hamas members.

There is no question that the city is caught in a destructive political situation, and a particularly hotly debated one, at that.

Boulder resident Marci Rosenthal, who says she has two friends who have been stabbed by Palestinian terrorists in Israel, submitted a letter to the City Council opposing the project, accusing the Palestinian government of inciting violence and denouncing the Sister City project as a “ploy” that is “purely political.”

Essrea Cherin, Board Chair of the Boulder-Nablus Sister City project, says the project is political only insofar as its ultimate aim is world peace. Beyond that, the project has a firm policy of not aligning with any political party, ideology or public figure. It does not condone stabbing or violence of any kind.

After the last hearing, members of the Boulder-Nablus Sister City project began dialoguing with individuals in opposition to their project in an effort to overcome emotionally-charged differences, such as those posed by Rosenthal.

“After the City Council meeting [in 2013], it was very clear, just because it was a terrible meeting, personally I knew we needed to reach out to the people on the other side and understand why they were opposing it,” says Boulder-Nablus Sister City member Saib Jarrar.

Jarrar says he reached out to a couple of ladies amongst the opposition to their project, and members of the two groups have been meeting to dialogue around the Arab-Israeli conflict every few months since. He says friendships have formed through the dialogue, even if some differences of opinion still remain.

Jarrar hopes — having worked for more than two years on forging personal connections — it will be too difficult now, for either party to demonize the other.

Perhaps the test will be April 19. The meeting starts at 6 p.m. at the Boulder Municipal Building.

Update: The following press release concerning the April 19, 2016 meeting on Nablus was issued by the City of Boulder Tuesday April 18:

A public hearing that was scheduled for tomorrow evening’s City Council meeting on a proposal to make Nablus a sister city has been cancelled. Instead, council will discuss plans to hire a mediator to facilitate a dialogue with proponents and opponents of the proposal.

This discussion will occur during the portion of the meeting called Matters from the Mayor and City Council. Public comment is not taken during this part of the meeting, but members of the community who wish to share their feedback about the proposed mediation approach may do so during Open Comment at the start of the meeting.

Because this frees up some time on council’s agenda, an item has been added under Matters. Council will receive an update on the University Hill Reinvestment Strategy, including recommendations that the Hill Reinvestment Working Group is making regarding long-term governance and funding. Council will also be given additional information about a proposed public-private partnership to construct an underground public parking garage on the Hill. Anyone wishing to speak to these issues may do so under Open Comment.