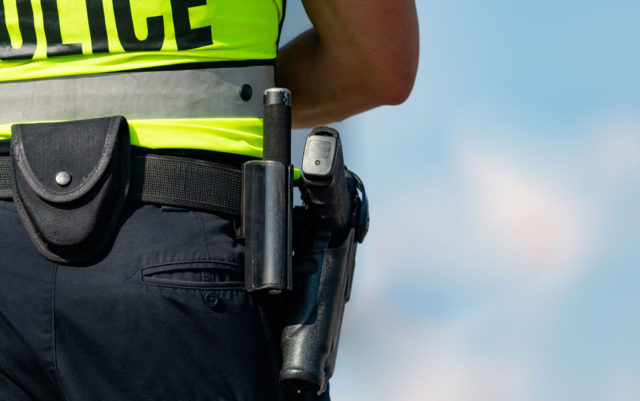 Amid nationwide calls to defund or disband the police, the Boulder Police Officers’ Association issued a letter June 29 to offer its thoughts on the killing of George Floyd and the future of policing.

“Every officer at the Boulder Police Department was appalled at George Floyd’s death,” the letter read. “It was a horrific act and the exact opposite of what good police officers do. His death was ghastly, and such behavior is not representative of the women and men of our department.”

The letter, signed by Union President Mark Biley, also calls on the community to put police killings in context.

“‘There are no good police,’ is a lie that has been repeated far too often,” Biley wrote. “The vilification and scapegoating of police forces in our country is a convenient narrative for some and does nothing to solve the problem. At best, it results in a bias against officers, at worst, it incites violence [against] our peace officers and encourages destruction of our society.”

Biley echoed sentiments from other police organizations that officers are asked to do too much, as legislators, he claims, have reduced funding for homelessness, mental health and substance abuse issues.

“Day in and day out police officers around the country are the only resource available, so they are inserted into volatile situations with people in crisis.  We didn’t ask for these additional mandates, but we respond because we care. Because we serve.”

With the president spreading untruths that vote-by-mail systems will lead to rampant corruption, the State of Colorado touted the success of its remote voting system after the June 30 primary.

Colorado Secretary of State Jena Griswold said in a statement, “Despite misleading attacks, disinformation and attempts to make vote-by-mail a partisan issue, Colorado’s election proves that mail ballots are the key to accessible voting during this health crisis.”

The state also found both parties embraced vote-by-mail, with over 99% of both Republican and Democratic ballots submitted via mail.

Colorado will “continue to work with other states to help expand mail ballots nationally,” the state offered in a press release, adding that with COVID-19 unlikely to be eradicated by November, vote-by-mail is integral to ensuring a fair, open election in 2020.

The Board of Boulder County Commissioners will consider extending the moratorium on oil and gas applications on July 14. The moratorium is currently set to expire at the end of July.

A previous schedule to institute new rulemaking regarding oil and gas development in the county (as prompted by the passage of Senate Bill 181) had to be thrown out due to the coronavirus. The July 14 meeting will be held virtually (accesed via boco.org/BOCC-OG-July-14-20) and those interested can submit comments ahead of time to oilgascomment@bouldercounty.org by
8 a.m. on July 13.

The decision to vacate and reconsider the moratorium time line comes as several oil and gas producers, including Denver-based Extraction Oil & Gas and the industry behemoth Chesapeake Energy, have recently filed for bankruptcy. Oil and gas prices dropped below $0 several weeks ago, though they have since rebounded. Still, the aftershocks are reverberating throughout the heavily indebted industry.