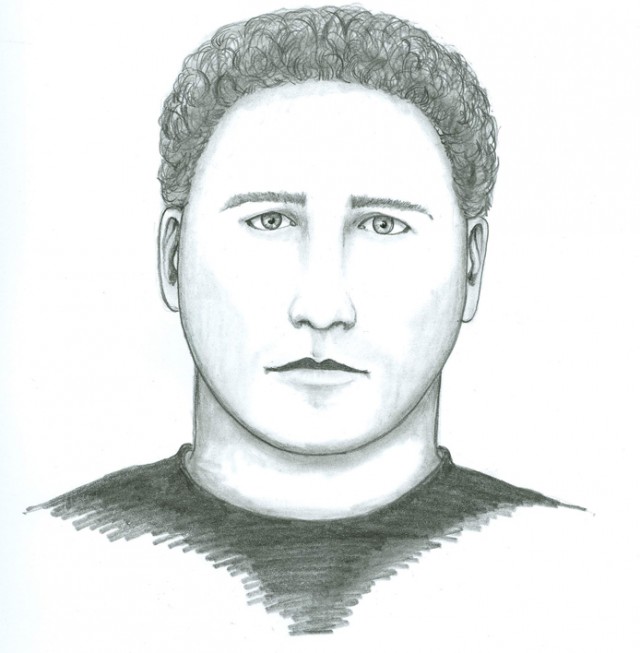 Boulder police have released sketches of suspects they are seeking in two recent incidents — one involving a possible hate crime against two Middle Eastern men, and one involving an aggravated robbery.

The possible bias-motivated assault occurred during two separate attacks that happened around 1 a.m. May 5.

The first assault took place inside the Walrus Bar, at 1911 11th St., where police say the suspect attacked two men. The men left the bar and headed in separate directions.

Police would also like to speak to a man who was with the suspect at the time of the assaults. This man is not considered a suspect, but may have witnessed the attacks. He is described as 6’ to 6’1”, 190 pounds, with brown hair and a cleft lip, dressed in a blue or gray shirt and blue jeans.

Anyone with information about this assault is asked to contact Boulder Police Det. Brian Scott at 303-441-3381.

In the robbery, which occurred April 2 in the 1100 block of Canyon Blvd., a 22-year-old woman said she was walking by herself near the creek path by the Boulder Public Library at about 1:30 a.m., after leaving a downtown bar. She said an unknown man came up behind her, grabbed her by the waist and demanded money.

The victim claims that she gave the suspect money from her purse, and that he then hit her in the face with a rock. The blow knocked her unconscious and she woke up near the creek, where she hid, police said. She called friends, who then contacted police.

Police responded and searched the area, but did not locate the suspect. Recently, the victim provided information for a composite sketch of the suspect, and he is described as a white male, 20 to 25 years old, 6’3” to 6’4”, an athletic build, with dark brown hair and no facial hair, tattoos or piercings. He was wearing a maroon or purple hoodie that zipped, jeans and a “gaudy” silver watch, she said.

The victim told investigators that she had left the bar with a male acquaintance, but that they had parted ways near the library. The victim also told police that an unknown woman walked by during the attack, but did not stop.

Police are interested in talking with the man the victim was with that night, and also with the unknown woman who may have witnessed the attack.

Those who have information but wish to remain anonymous may contact the Northern Colorado Crime Stoppers at 1-800-222-TIPS (8477) or 1-800-444-3776.  Tips can also be submitted via the Crime Stoppers website at www.crimeshurt.com.  Those submitting tips through Crime Stoppers that lead to the arrest and filing of charges on a suspect(s) may be eligible for a cash reward of up to $1,000 from Crime Stoppers.