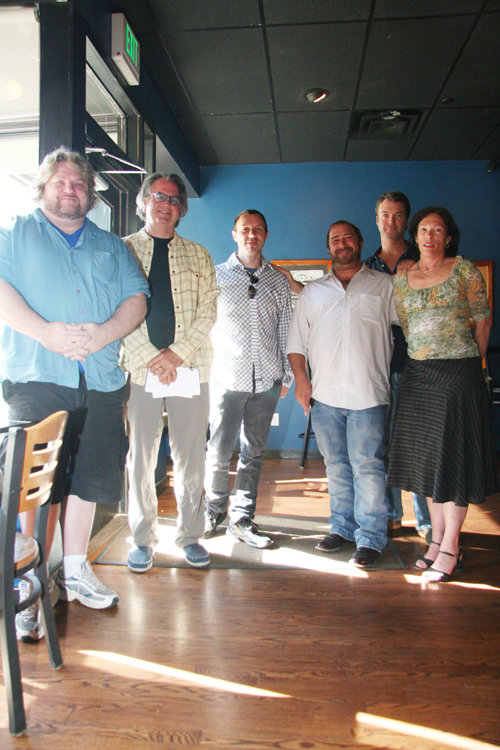 After nearly a decade of positioning and posturing by both sides, the Boulder Theater and Fox Theatre have merged into a single limited liability corporation. Executives from the new parent company, Z2 Entertainment, announced the merger at George’s bar, adjacent to the Boulder Theater, Tuesday night.

“This has been something we’ve worked on for really over a decade,” said Cheryl Liguori, Boulder Theater’s general manager, previously a shareholder in the Fox Theatre, and the new CEO of Z2. “This is not a new idea; it’s something we’ve talked about many times. And it is, for me, one of my proudest moments in being in the music business that I’ve been part of, bringing this together. I have a lot of history and a lot of love for both venues, and I believe that this is going to be an incredible thing for Boulder and for all of our patrons and for both businesses to be complimenting each other rather than competing. There’s a lot of potential and we hope to continue long into the future.”

Liguori announced in February that the two venues were considering a merger. For the last several months, the two venues used the same marketing director, and it had become clear that the merger was all but final.

The two theaters will share staff, and there doesn’t seem to be any employee layoffs in the future, Liguori said.

“I think we’ve been able to successfully integrate everybody,” Liguori said. “There have been a few people that were already looking at other opportunities, and so that made life easy for us. And we’ve got a lot of talented people across both venues. It’s not going to be a slash and cut kind of merger. This melding, this integration of the staff, even though it’s been a more formal integration over the past five months or so, it’s something that’s been happening for many years.”

It’s hard to say what the venue will mean for ticket prices and overall consumer experience in the upcoming years, but Liguori and Don Strasburg, vice president and promoter of AEG Live Rocky Mountain and a shareholder in Z2 entertainment, think that ticket prices will remain reasonable and are optimistic the merger will benefit consumers and continue to bring quality music to Boulder’s venues.

“You could almost inevitably look at the calendar and see 70 percent of the bands playing [both Denver and Boulder],” Strasburg said. “I do think it will only increase to some degree the amount of talent that comes through, but we get so much it’s hard to believe we can get more.”

The essence of both venues will remain the same, Liguori said, but she later added that they might juggle acts between venues given the flexibility offered by the 625-person Fox Theatre and the 1,000-person Boulder Theater.

“That will happen to some degree, but there are definitely acts that should play the Fox and should play the Boulder Theater,” Ligouri said. “If there’s an opportunity for it to benefit the company overall by putting an act in a venue that can sell 400 more tickets, then most likely it will happen, but that’s on a case by case basis.”

Strasburg added, “The best thing for our business or the patrons is to be in the best experience to see that band. And there’s a time to be sweaty and bopping around in the Fox with the Disco Biscuits, even though they could sell out the Boulder Theater, and there’s a time to be watching Taj Mahal at the Boulder Theater … because it might make better patron experience. The theory that I believe this company will be running on is that the business benefits if the patrons are happy, if the artists are happy. And the artists are usually happy when the crowd’s happy. They make better music.”

When asked if the merger would affect the type of music Strasburg books in AEG Live venues, such as Denver’s Bluebird Theater and the Ogden Theatre, Strasburg said, “No change. The bands play in different markets depending on where they’re supposed to be in the great state of Colorado.

Brian Carp, general manager of the Fox, will act as COO for Z2 Entertainment. Also, the venues will combine ticketing operations and be able to sell tickets to both venues at either box office.