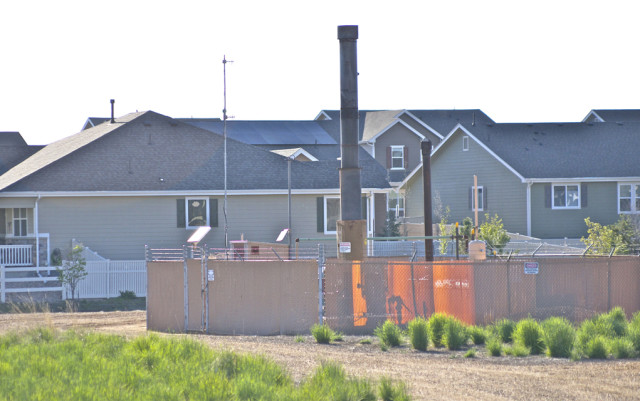 On Tuesday Dec. 6, between 350 and 400 citizens attended the Broomfield City Council meeting. Most of those in attendance came to comment on a proposed ordinance that would implement a five-month moratorium on new oil and gas extraction, fracking and drilling applications. The moratorium would give Council members time to consider possible changes to the City’s regulations for oil and gas land use applications and operations which haven’t been updated since 2013.

Although Broomfield residents voted for a five-year fracking moratorium in Nov. 2013, the Colorado Supreme Court’s May 2016 ruling against Longmont’s ban on fracking and Fort Collins’ five-year moratorium had negative repercussions for similar ordinances in the City of Boulder, Lafayette, Boulder County and Broomfield.

The controversy over drilling and fracking near and under neighborhoods has been heating up again in Broomfield as reported in detail in the Dec. 1 issue of Boulder Weekly (see “Forced pooling is not mandatory swim practice,” by Dan Glick/The Story Group).

As reported, Extraction Oil and Gas, LLC purchased four surface locations to use as future drill sites along the Northwest Parkway corridor, less than a half-mile from homes in the Wildgrass and Anthem housing developments. The company’s original plans called for the drilling of 40 to 50 wells. The company now says it intends to drill up to 149 wells from the four locations using horizontal drilling to extract oil and gas from beneath the homes.

Adding to the controversy, many Wildgrass residents own the mineral rights beneath their land and don’t wish to lease those rights for oil and gas development. They were shocked to learn Extraction could still move forward with its plans by simply seeking a forced pooling order from the Colorado Oil and Gas Conservation Commission (COGCC).

According to Colorado law, energy companies that own at least one lease in a proposed well’s spacing unit can force all the other mineral owners to lease their rights against their will so long as the company has made a reasonable effort to secure the other leases. The original idea behind forced pooling was to prevent one stubborn mineral owner from stopping all the other mineral owners from developing their minerals. But often these days, the COGCC reverses that intent allowing the one to force their will on the many who oppose development. In the case of the Broomfield development, the next COGCC hearing is scheduled for Jan. 30 2017.

At the Dec. 6 Broomfield City Council meeting, residents voiced their concerns over large oil and gas developments near their homes, schools and water sources, asking the Council to consider additional regulations. Such measures could include impact fees, sufficient bonding and enough insurance to cover damages in the likelihood of spills, leaks or explosions, among other things.

At the same time several council members encouraged the impassioned Broomfield residents to use the time provided by the moratorium to appeal to their state representatives Senator Vicki Marble (R) and newly elected Representative Matt Gray (D), as the state-level legislators could have more sway given the Supreme Court’s May ruling, which supported leaving the regulation of oil and gas development at the state level.

After the lively discussion, the Broomfield City Council adopted the moratorium ordinance unanimously on first reading, which evoked loud cheers from the gallery. If the City Council officially approves the ordinance after a public hearing and second reading on Jan. 10, 2017, the moratorium will go into effect until June 13, 2017.