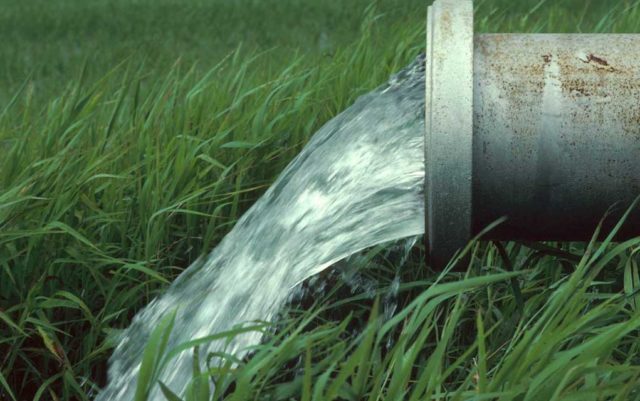 When the Trump administration released its 2018 draft budget for the Environmental Protection Agency (EPA) in May, it was met with wide-ranging criticisms due to its proposed 30 percent funding cuts, a greater percentage loss than any other federal agency. While the EPA administrator Scott Pruitt has repeatedly said the cuts would not affect “core responsibilities” of the agency, many critics see things differently and are relying on Congress to counter the president’s proposed budget. But in the flurry of headlines about the Republican tax bill, health care deadlines and sexual harassment allegations, little attention has been paid to the spending bill.

To avoid government shutdowns earlier this year, Congress has made several extensions to the 2017 budget which is now set to expire Dec. 8. It is unclear if there will be yet another short extension to the previous budget. In the meantime, both the House and the Senate have proposed budgets that make significant cuts to the agency, although not nearly as drastic as the administration’s.

Under the Trump administration’s proposed budget, funding would be slashed from $8.2 billion to approximately $5.7 billion, significantly cutting federal grants to states, funding for regional programs, Superfund site remediation, climate change research, enforcement efforts and the elimination of some 3,800 jobs. Other programs, such as radon detection, lead risk reduction and environmental justice initiatives would be entirely eliminated.

The House and Senate proposed cuts of $528 million and $149.5 million respectively aren’t as extreme. Still, these funding shortfalls would have significant repercussions for the agency and its ability to fulfill its mission to protect human health and the environment.

Under the congressional budgets, funding to states, regional programs and Superfund site remediation are more or less restored, but at the expense of other areas, including the number of EPA employees, science and technology and the Office of Enforcement. Core programs such as clean air, water and compliance would be cut by 10 percent. Other such programs are at risk of being cut altogether.

“At this point, I think everything is on the burner,” says Carol Campbell, who worked as a senior executive at EPA’s Region 8 office in Denver for decades before retiring in 2011. She now is on the steering committee for Save EPA, one of many volunteer organizations of retired and former EPA employees popping up across the country in response to the Trump administration’s “assault” on the agency.

When adjusted for inflation, she says, the proposed congressional budgets are the lowest the agency has seen since 1986. And that’s after years of previous cuts that have left the agency with thin resources.

“You have to recognize that the agency has already had a series of cuts during the last two administrations,” says David Coursen, who worked in EPA’s office of general counsel for 25 years and is now part of the Environmental Protection Network (EPN). “Basically you’re making a cut in that context, where they have already been cut heavily and the additional cuts just make them less able to do their jobs.”

Although the administration’s budget is the most extreme, the general consensus is that after some reconciliation work, a budget closer to that of the congressional appropriations bills will be the final funding for the EPA, causing concern from environmental organizations and former EPA employees alike.

Both the House and Senate budgets have language for “restructuring,” including buyouts which could mean a 25 percent reduction in EPA staff, according to EPN analysis. Couple this with a hiring freeze and an 8 percent attrition rate, Coursen says, and workforce reductions are almost a given.

“When you restore [funding] but still make a big cut, it ends up being staffing,” Campbell adds. “So we won’t be able to be the gorilla in the closet or the harbinger of good science that we were in the past.”

Additionally, the science and technology budget could shrink by 10 percent, and the Senate proposal completely eliminates the Integrated Risk Information System (IRIS), which tracks and analyzes the health effects of toxic chemicals, and is used by federal and state officials for hazardous waste clean-up, public health emergencies and instances of contaminated water. Without these resources, Campbell and Coursen say, the agency will have a difficult time assessing pollutants and setting safety standards.

Funding for clean air programs would also be cut by about 10 percent, including a greenhouse gas reporting program many states use in efforts to monitor air quality and effects of climate change.

“It’s a huge resource for states that are actually looking to implement climate policy and a huge give away to industry if they really don’t have to be worried about tracking their greenhouse gas footprint,” says Dan Grossman, national director of state programs, oil and gas at the Environmental Defense Fund (EDF).

This also brings up significant cuts to enforcement and compliance efforts if the EPA’s budget is cut as proposed. In its analysis, EDF says the Senate’s proposal will cut the Office of Enforcement by 10 percent when there are already 50 fewer criminal investigators across the country than The Pollution Prevention Act of 1990 requires. This will undoubtedly hinder the EPA’s ability to hold polluters accountable, as well as ensure compliance with air, water and soil quality laws.

“These kind of cuts to the enforcement program are really problematic,” Grossman says. “In Colorado, we may be able to fill some of those gaps. But the problem is getting worse, not better. We have increased oil and gas pollution, we have increased pollution from the transportation sector, both of which are causing ozone problems, at the same time there are fewer resources to deal with it. And that’s a huge concern.”

While environmental organizations, former EPA employees and others have been critical of the proposed EPA budget cuts, many at the state and federal levels have refrained from making broad speculations about the potential impacts until Congress passes a final budget.

“We will be watching closely to see what changes Congress makes, and are hopeful that it will restore funding to important programs that are critical for the protection of public health and the environment,” Mark Salley, communications director at Colorado Department of Public Health and Environment (CDPHE) says in an email statement.

Still, Colorado relies on approximately $30 million annually from the EPA, about one-third of the funding CDPHE uses to implement and comply with federal laws such as the Clean Water Act, the Safe Drinking Water Act, the Hazardous Waste Program and the Clean Air Act. Salley says a reduction in EPA funding has the potential to impact vital services that ensure public health, such as access to clean drinking water, responding to environmental emergencies like wildfires and flooding, and cleaning up contaminated areas, including some 20 Superfund sites and more than 450 Brownfield sites in the state. Furthermore, funding decreases could impact the federal and state agencies’ ability to enforce air and water quality compliance at industrial facilities and oil and gas operations.

EPA Region 8, based in Denver, did not offer comment about how the proposed budgets could affect operations in the region which covers Montana, North Dakota, South Dakota, Utah, Wyoming and 27 Tribal Nations, as well as Colorado. In October, President Trump appointed former director of energy policy at Xcel Energy Doug Benevento as regional director. He supports the U.S. withdrawal from the Paris Climate Accord and has said the EPA is shifting away from its focus on climate change in interviews with other media outlets. His office deferred to national EPA headquarters for core priorities of the agency. The administration’s budget “maintains core environmental protections and regulatory obligations while focusing on the Agency’s core statutory work,” an EPA spokesperson said via email. “The Administrator’s goals are designed to transform the way the Agency does business and more efficiently and effectively deliver human health and environmental results.”

It remains to be seen just how far-reaching the Trump administration’s funding cuts to the EPA will be. Given the congressional proposals currently on the table, it seems clear the agency will continue to grapple with budget shortfalls for the foreseeable future, limiting its ability to preserve public health and the environment.

“Eventually, you cut away fat, you cut away muscle and you end up with skin and bone. And then you start cutting bone and you’ve got a real problem,” Coursen says. “And that’s kind of the pattern with a lot of what’s going on here. It’s just cutting, cutting, cutting and eventually you make cuts to vital functions and things therefore don’t get done that need to get done.”