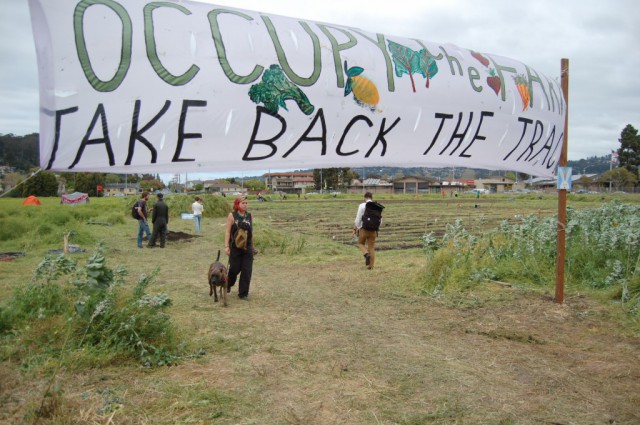 It doesn’t take an agricultural expert to know that you can’t grow
vegetables without water. So it wasn’t surprising that after hundreds of
people marching under the banner “Occupy the Farm”
took over a University of California (UC) agricultural testing station
on the edge of Berkeley, Calif., April 22, UC officials responded by
shutting off water to the site. The next day, a late-season storm
brought a half-inch of rain to the San Francisco Bay Area, irrigating
the thousands of vegetable starts in the ground and lifting the spirits
of the urban farming activists who are determined to save the site from
development. Score: Occupiers, 1 — UC administrators, 0.

Social change activists in Berkeley, Calif., have always been ahead
of the curve. Today, May Day, is the spring reemergence for the Occupy
movement as activists around the United States engage in work stoppages, street marches, and various forms of civil disobedience to press their demands for a more equitable economy.