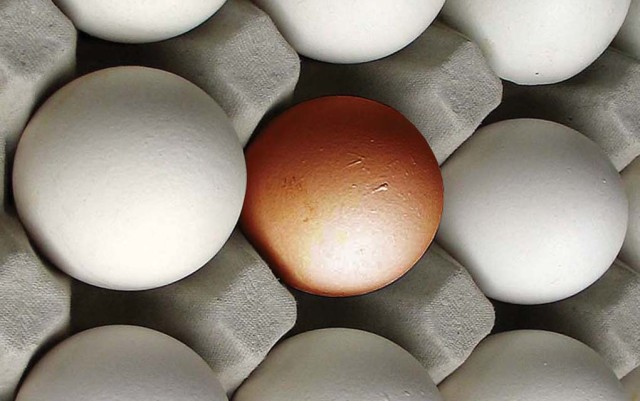 In what the City calls an effort to increase community engagement, Boulder recently started using the neighborhood social media platform Nextdoor.com to communicate with residents. Since its 2011 launch, the website is used in one in three neighborhoods across the country, with 101 neighborhoods and 8,100 residents currently registered in Boulder.

Neighbors already use the service to list local recommendations, post about missing pets and talk about community issues. And more than 20 percent of Boulder users post in the crime and safety section, which is consistent with users around the country. For that, Nextdoor.com has also been dubbed the neighborhood watch of the digital age as neighbors can and do report any suspicious activity they perceive.

And it’s this use that has come under scrutiny in recent months across the nation.

Recently, a resident in Lafayette, who didn’t want his name used, contacted Boulder Weekly with reports that he noticed suspicious behavior posts on the site every time he walked through the neighborhood he’s lived in the last 15 years. As a person of color, he claims he had never experienced racial profiling until his neighbors started using Nextdoor.

And he’s not the only one.

Reports from Sacramento, Oakland and Washington D.C., among others cities, show that although the site is intended to foster community, it has had the opposite effect, revealing racial prejudices among neighbors who hardly know each other. Take this post from an Oakland neighborhood as reported in the San Francisco Chronicle. “My boyfriend just saw two suspicious African-American men in a car. They drove their car up the street, made a U-turn, and parked.”

While the social networking site requires residency confirmation and each neighborhood’s message boards are private, there is little regulation over how Nextdoor gets used. But since October 2015, the company’s CEO has spoken out against racial profiling on the site, stating that it goes against the user guidelines. He also acknowledges that racial profiling has and does happen on the site.

Furthermore, a Jan. 27 blog post attributed to the Nextdoor team acknowledges that some of the messages posted to the site “are having a negative impact on people’s lives.” The post pledges a long-term commitment to end racial profiling on the site and announced a new way to flag posts as such, as well as more explicit guidelines for posting in the crime and safety section to focus on behavior, “not just sex and race.” The racial profiling flag also alerts community leaders and the Nextdoor support team so that the offensive comments can be removed as quickly as possible.

“But I’ll be honest, any mechanism that is used to reach out to people can be abused and is,” she says. “I haven’t heard any specifics about this mechanism being abused, but I assume it’s like all others, that someone could take advantage of it.”

Amanda Nagl, neighborhood liaison for the City of Boulder who made the original suggestion to use Nextdoor, also wasn’t familiar with any questions of racial profiling through Nextdoor, but says she’ll look more into the issue. Plus, she says, there are some limitations to the City’s use of the social platform. Although City officials can post in specific neighborhoods and interact with residents who comment on that post, they cannot see other neighborhood discussions or communications, leaving the private conversations between neighbors just that — private.

“We don’t have any control over how neighbors are communicating,” she says. “We can’t access that level of information to know if [racial profiling] is happening or not.”

And yet the City has encouraged residents and neighborhoods to join the controversial site.

Nagl also says she has seen other instances where contentious comments are resolved by other neighbors chiming in. “It sort of policed itself,” Nagl says. “I think there is some social norming that occurs.”

With regards to public safety, the City plans to post about crime trends and different ways a neighborhood might be impacted by local crime, while providing factual information to a conversation that is more than likely already going to be happening on the website, Nagl says.

For example, the City used Nextdoor this week to alert residents about two stolen cars in the Whittier neighborhood, including a message about precautions people can take to prevent theft, like locking car doors and keeping windows rolled up.

“We heard loud and clear last fall during the election season that people want to be more engaged, which is a good thing. …” Jones says. “One thing I think we can depend on in Boulder is that if somebody gets out of line, people will rise up and let them know. From the City’s point of view, there’s not that risk [of racial profiling] from the city engagement side as there might be, I guess, at the neighborhood level. But we’ll all keep our eyes open.”